The Wasatch 40 has been discontinued. It last appeared in The North Face's 2011 product line. If you're looking for something new, check out the best warm weather synthetic sleeping bags for 2022. 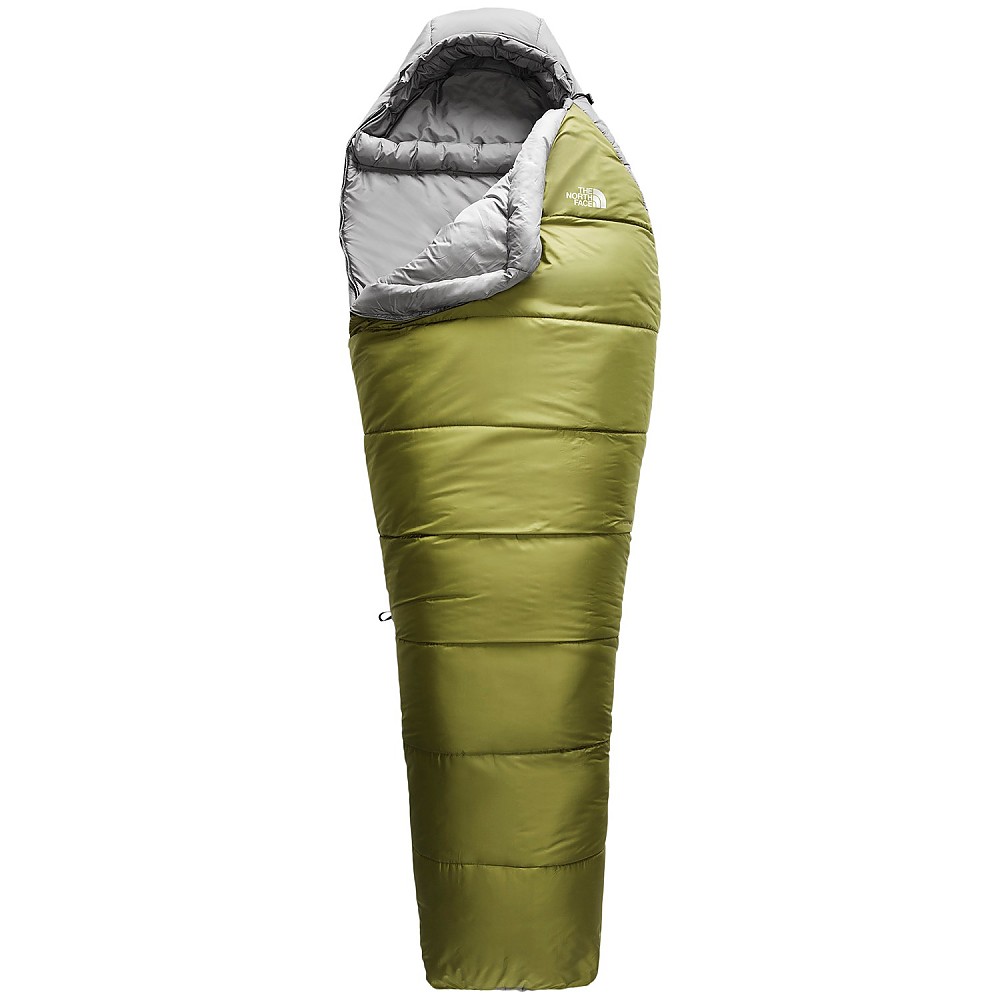 I bought mine about a year ago to use while bicycle touring/backpacking/canoeing. Light weight, smallish packing size and synthetic fill for moisture issues were my priorities in a new bag for spring summer and fall. Chose North Face because of good luck with the Goliath bag that has lasted ten years and lots of nights out.

The Wasatch is put together well, and with a silk liner, socks and a fleece I have lived through some 25 degree nights on mountain tops, though it was not fun.

One drawback is the stupid single pull tab that flips to the inside or the outside. When in the bag, with the zipper all done up, and the hood drawn closed a bit, you have to reach up past your chest with one hand to hold the top of the zipper while you draw the pull tab down with the other hand,carefully maintaining the perfect angle. Otherwise, the zipper binds up.

That may be a bit worse for me, because even though I have the large size, my chest and shoulders are a bit bigger than average, but not abnormally so. So it's hard for me to get my arms up to the top. For this I reduce it by one star.

I have used this bag about thirty nights. I am rough on things, mostly because I simply use them more than most manufacturers expect. But I rather expect that this bag will last at least five years barring mishap. which kind of stinks cause I really don't like the zipper.

I just bought this North Face Wasatch 40 degree bag before the Memorial Day weekend for a 2-night backpacking trip in the Rocky Mountains of Colorado. I got a dark green regular, since they had no larges left. I am 6"2' and 240 pounds and I still fit in the regular size.

I loved the light weight and the comfort of this bag. I was using a 600 fill down 15 degree bag but much too hot for summer use. I love this bag and got an amazing deal on clearance at the North Face Store.

I also bought the North Face Morian 33 tent on clearance as well. I was not a big North Face fan but after this weekend I changed my mind. I would definitely recommend this to anyone on a budget.

My only gripe is that the zipper is a little hard to pull up and down when in the bag. My other bag has a very smooth zipper. Otherwise this was the perfect size and weight for my trip.

It was a great sleep. I was looking for an ultralight summer bag that didn't cost me a fortune. In a tent on a night in the fifty's it was just the ticket. With a sale going on on the bag I got it for a steal and on my limited experience with it, I got a lot more than I paid for it.

If I had one gripe, it might be that the stuff sack could be smaller for a tighter package, but at the price I guess I could always buy one, right?

I bought this bag to use on a 60 mile trek at Philmont Scout camp this summer. I used it on a 20 mile shakedown trip and found it to be very adequate for my needs. It is light (I have the long which weighs in at 2 lbs 10 oz) and it stuffs down into its stuff sack to a very manageable size that fits nicely inside my Jansport Carson external frame backpack.

Very roomy for a big guy (6'2" - 200 lbs) like me. Sleeping in a three season tent and using a closed cell pad during a 44 degree night, I was comfortable in shorts, t-shirt, and a pair of light cotton socks (my feet tend to get cold).

I am well pleased with my purchase and found it well worth what I paid for it. 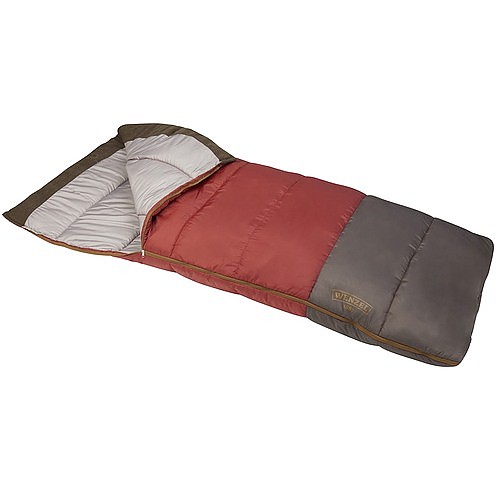