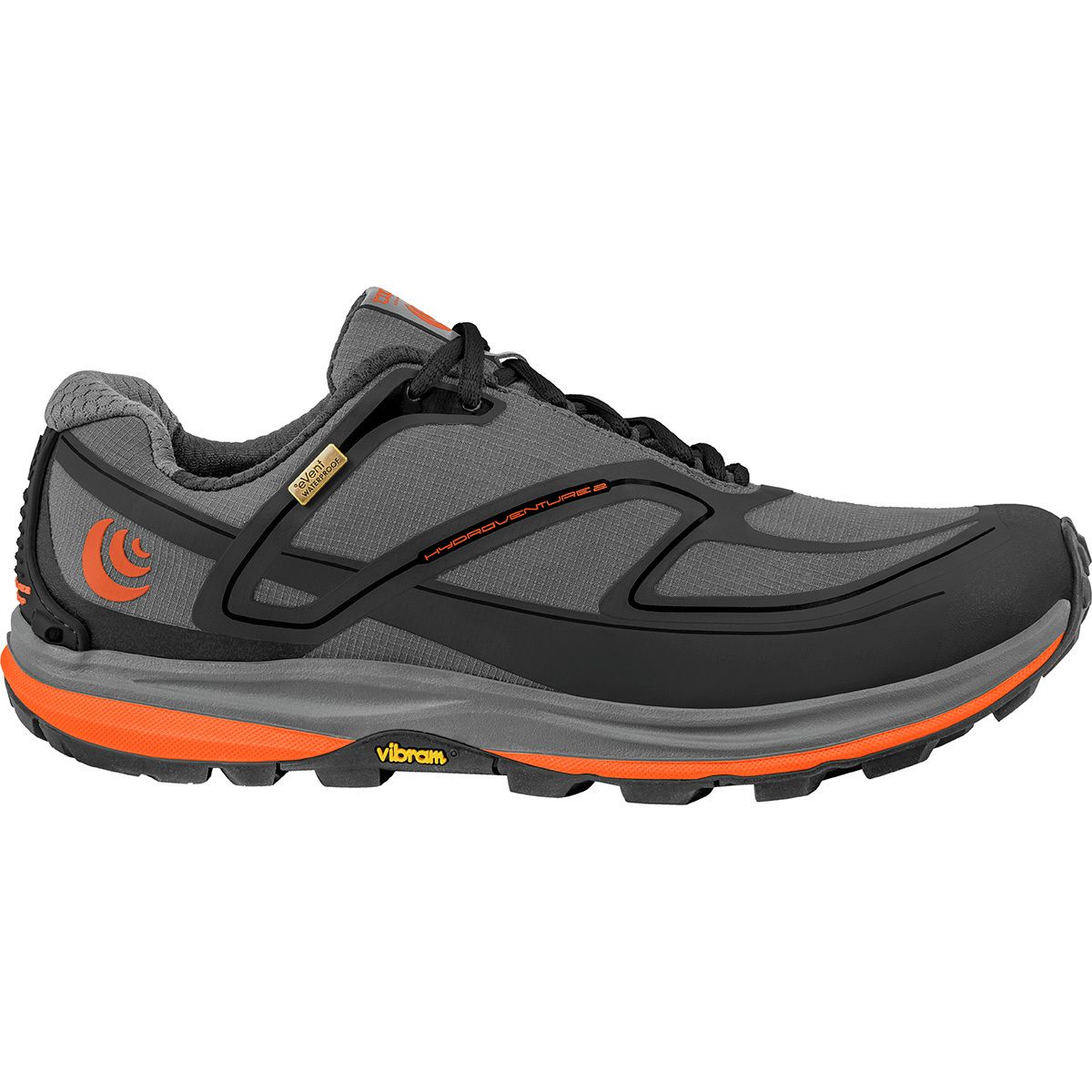 I have wide feet. Even shoes that are supposed to have a large toe box result in stubbed toes and blisters between toes. I decided to try Topo Athletic shoes and they do not disappoint. My toes can spread out easily.

I got the Hydroventure model as I wanted something waterproof. I couldn't find them in a store anywhere and had to order them online but tried a different pair of Topo Athletic shoes at REI before ordering them. I was glad I did as the shoes seem to run small. I sized up a whole shoe size. 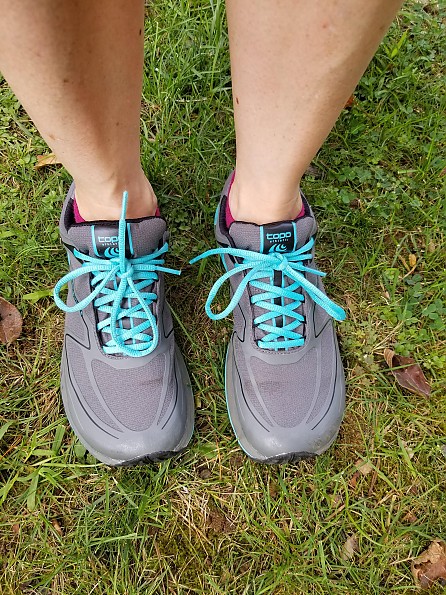 The shoes only come in gray, but they arrived with two sets of laces: gray and sky blue. The cushioning of the shoe feels nice and it has decent arch support. To be fair though, I have run in mostly minimal shoes over the past few years, so pretty much anything else feels like I have pillows under my feet. In addition to the large toe box, I was attracted to the shoe because it is fairly neutral with only a 3mm drop. The sole is also quite flexible and since I am used to running in minimal shoes, this seemed an easier transition for me than to something with a thick, stiff sole. 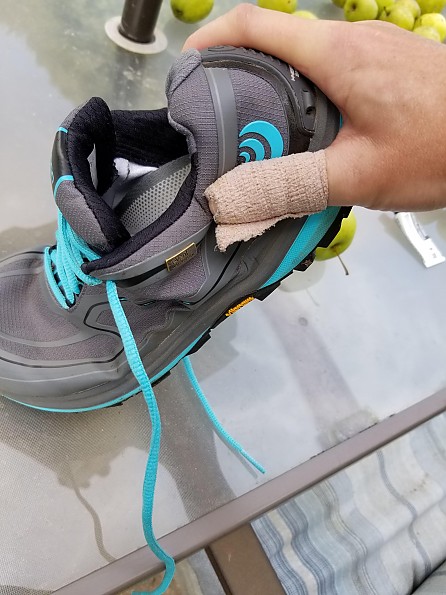 The tread is decently grippy and aggressive that I don't feel sharp rocks or gravel through the sole. So far I have used them at Harold Parker State Forest and Nobscot Reservation in Massachusetts on mostly rooty and muddy trails. 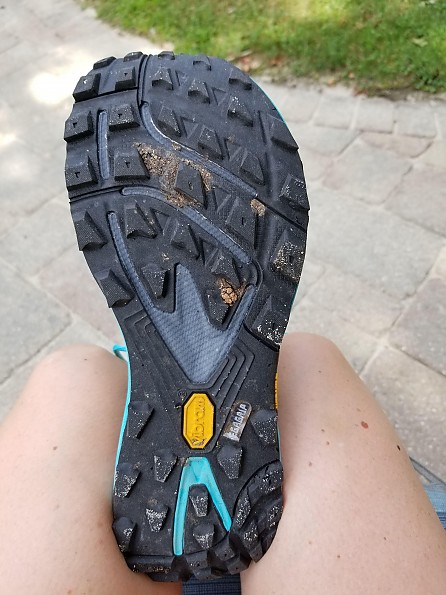 To test out the waterproofing I ran a hose over them and then dunked one of my feet into a bucket of water. While the outside of the shoe appeared wet, my socks remained dry. Topo Athletic claims to use a special "eVent" fabric. The fabric is quite breathable but seems thin and I wonder how well it will hold up to tears and snags over time. 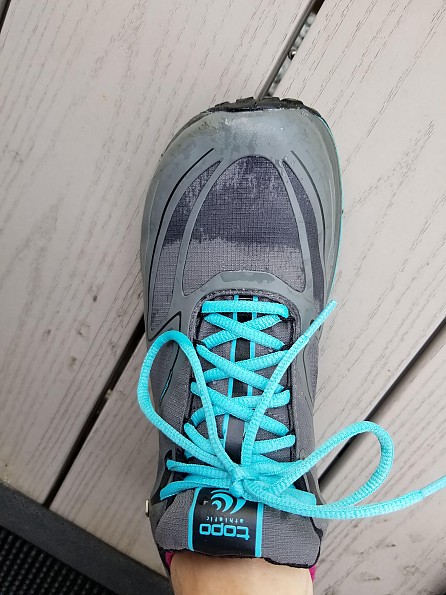 Thanks for the helpful review of your trail runners, Allison! I hope you'll keep us updated on how they continue to hold up for you. 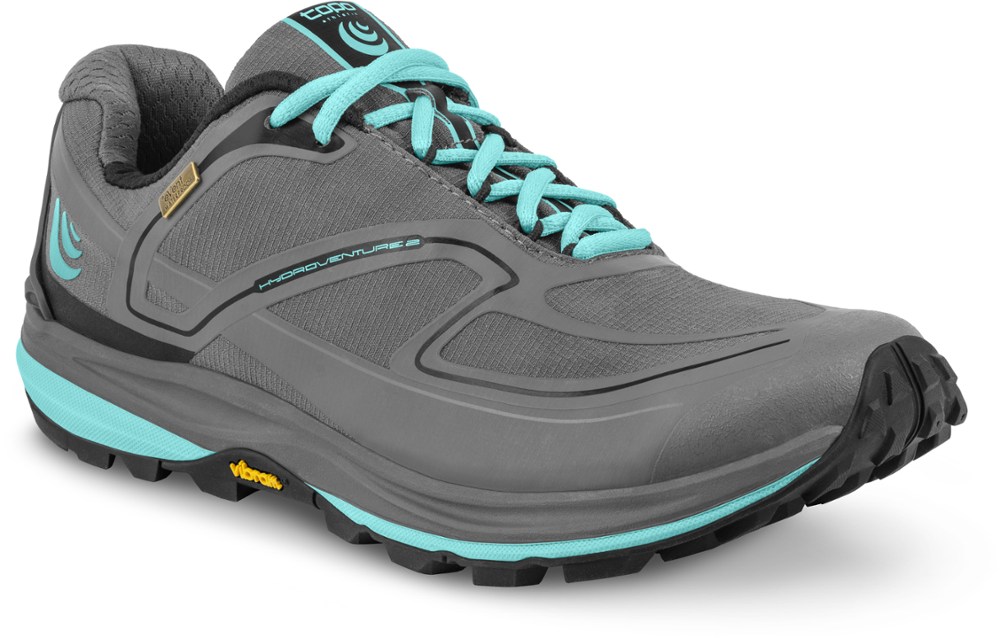