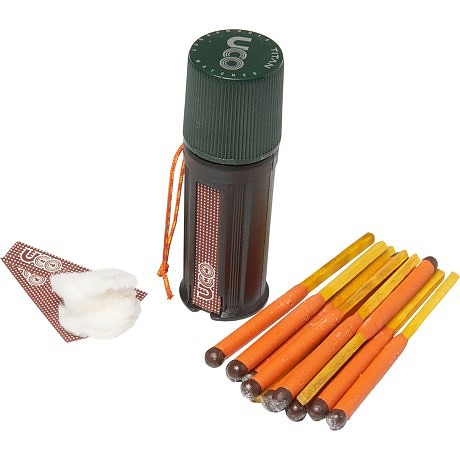 These are some of the biggest matches that you'll ever find and that for the most part meet the manufacturer's claim of being waterproof and windproof. While the weight and size of the matches may be more than most backpackers would want to carry, these matches would be a great addition to someone's camping, emergency, or survival gear.

First off I would like to say that I received these matches as a gift from Trailspace for being a past Reviewer of the Month.

When I first received these matches I was intrigued as these are some of the biggest matches you'll find for use in the outdoors. The picture below is of the UCO Titan Stormproof match kit I received and the packaging claims that these are the longest burning match along with being windproof and waterproof. 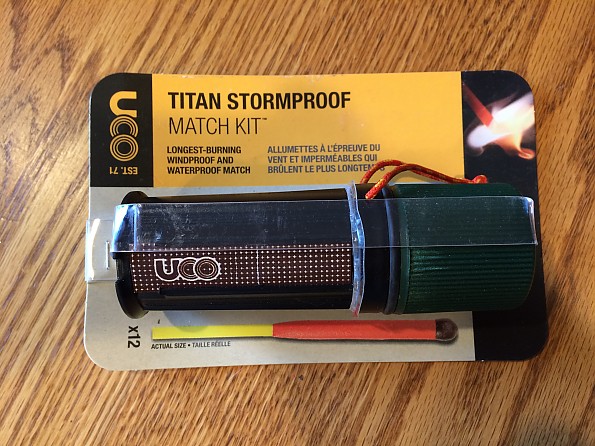 The package contains twelve matches, three cardboard backed strikers that come packaged in a plastic sleeve, some cotton (not pictured) that is in the green cap that I assume helps prevent damage to the matches while they are being carried and could possibly be used as fire starter, and a plastic storage container. 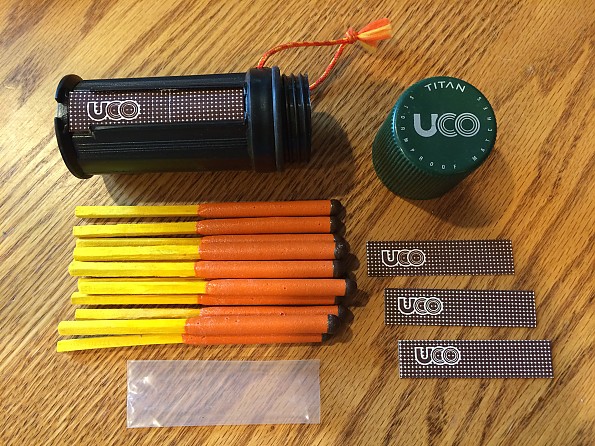 Here is a picture of the o-ring seal on the container with the twelve matches in their stored position. 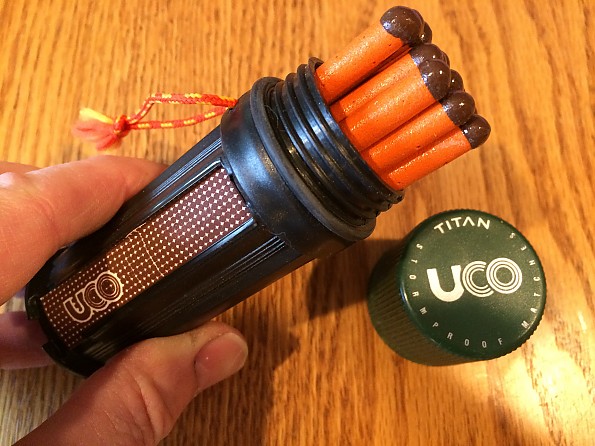 The storage container with matches and strikers, weighs about 2.7 ounces and is 4 1/2 inches long and 1 1/2 inches in diameter. Each individual match weighs approximately .0905 ounces and are 4 1/4 inches long.

In thinking about how to evaluate the UCO Stormproof matches I figured the best way would be to compare them with other readily available matches and also a basic lighter that people might carry in their pack. The matches I selected for the comparison were Diamond strike anywhere matches (standard kitchen match) and Coghlan's waterproof safety matches. in addition I also will be including a basic Ronson lighter that is similar to a Bic lighter that many people carry. 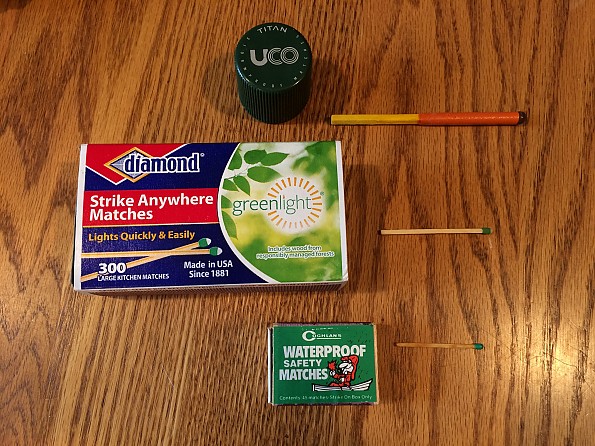 The following is a closeup picture of the matches so you can get a good appreciation of the difference in size. 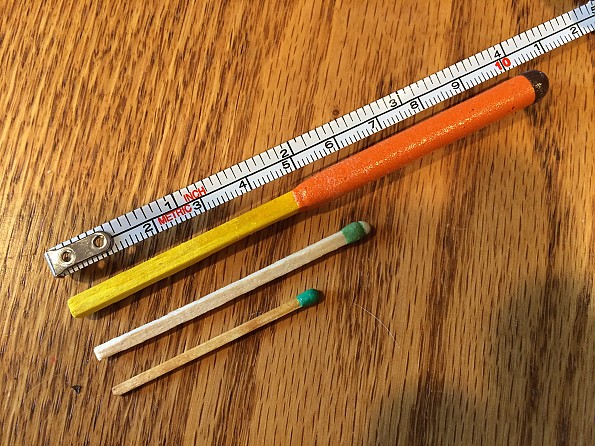 One point that is worth making is that from a weight perspective, one UCO Stormproof matches is equal to the weight of fourteen Diamond strike anywhere matches and twenty-four of the Coghlan's waterproof safety matches. 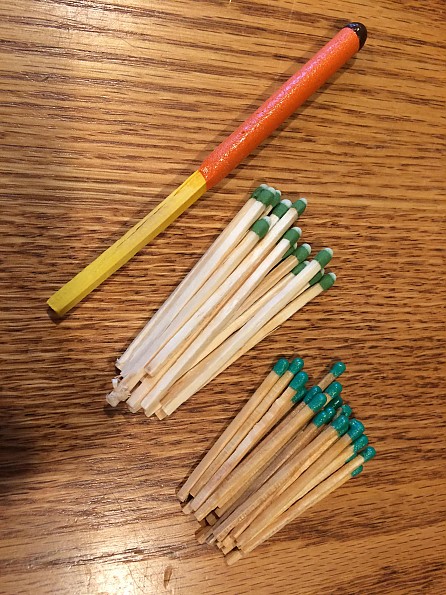 The first comparison I decided to do between the matches was to see how easy each match would light using the striker that came with the match.  In addition, while neither the UCO Stormproof match or the Coghlan's waterproof match made any claims to be a "strike anywhere" match, I decided to see if the matches could be lit using a smooth stone like what you would find in a typical stream bed.

The following video shows the test for these two conditions.

The results of this first test shows that each of the matches performs well when lit using its intended striker and that the UCO Stormproof match burned hotter and considerably longer than the other two matches. The Ronson lighter performed as expected.

The results of the second test were no surprise as the only match that could be lit using a smooth rock as a striker was the Diamond strike anywhere match, but what it did show was that the UCO Stormproof and Coghlan's waterproof matches are 100% dependent on having a functional striker available.

For the next test I wanted to see how each of the matches was affected by exposure to moisture. So with this test I submerged all of the matches, their strikers, and the Ronson lighter in about an inch of water. I also wanted to test to see how water tight the storage container that came with the UCO Stormproof matches was, so it was also submerged in a container of water.

Here are some pictures of the different items soaking in water. 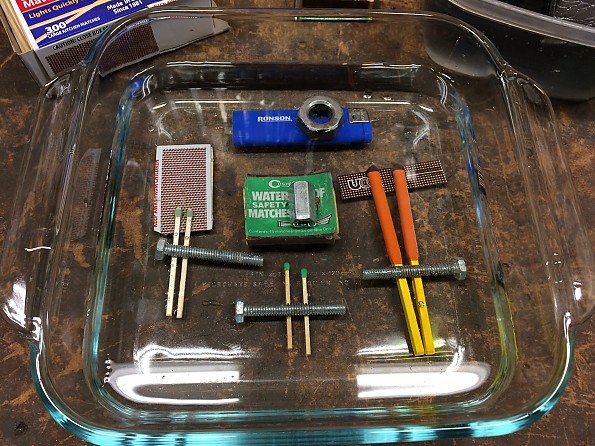 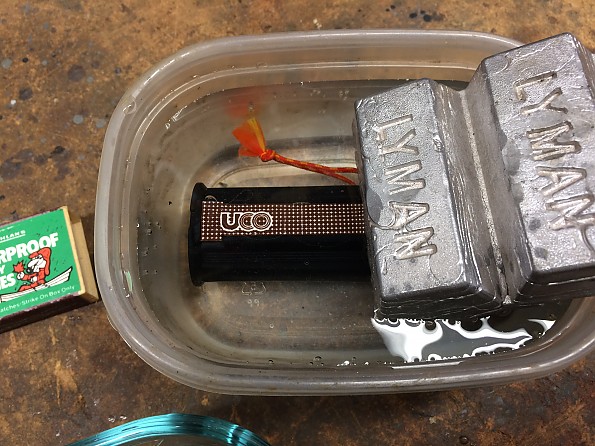 I let everything soak for about two hours which I felt would be reflective of being caught out in a rainstorm on a long hike where everything in you pack got soaked because you forgot to put on your pack cover, etc. When I did the test I soaked two of each of the matches and the intent there was to test the ability to light a match shortly after removal from the water and then also trying to light a match several hours after they had been removed from the water to see if an extended period of drying helped the match recover.

Following the two hour soak I removed all of the matches and strikers from the water and blotted them dry with a paper towel. 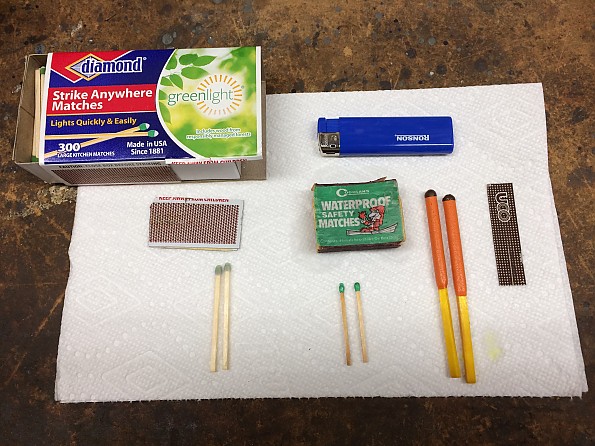 My initial observations are as follows:

The following video is of trying to light each of the matches about ten minutes after being removed from the water.

Here is a video of trying to light the Ronson lighter (I forgot to include it in the video above).

The following video shows the results of that test.

Some observations from this second phase of testing:

The following video has the results of that test.

The basic conclusion from this test is that the UCO Stormproof matches clearly outperformed the other matches and lighter and demonstrates great capability to deal with wind.

My overall conclusion: I feel that the UCO Titan Stormproof matches live up to their claim of being waterproof and windproof, but there is a basic weakness with the waterproofness of the material used for the strikers that the matches are directly dependent on in order to be lit.

I think as long as the strikers are stored in the waterproof storage container you are OK, but this could be a really robust product if UCO focused on making the strikers as waterproof as the matches. 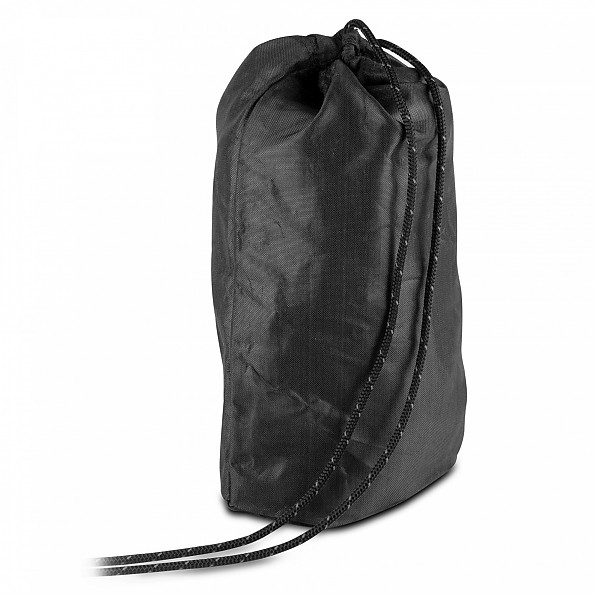