The Civetta GTX has been discontinued. If you're looking for something new, check out the best backpacking boots for 2023. 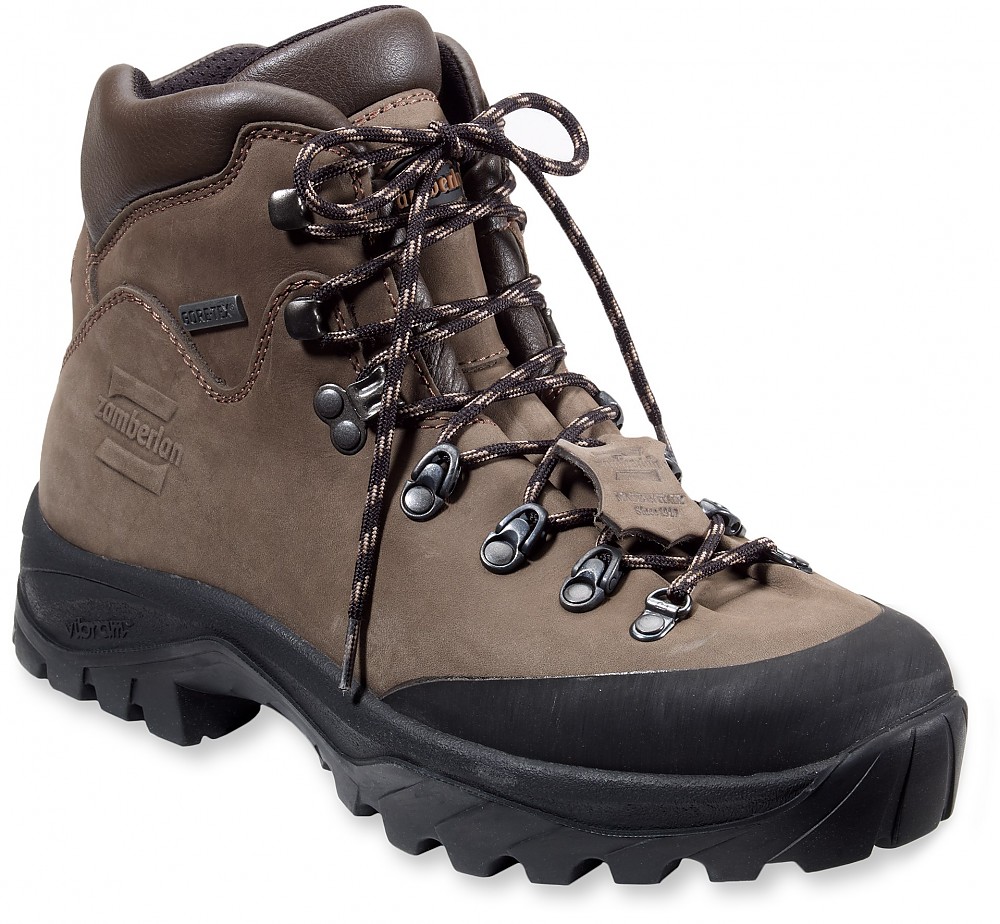 I've owned a pair of Zamberlan Civetta GT Boots for two years now and have worn them for 12 to 15 hours a day, seven days a week, where the boot were almost constantly wet.

I got them because I was on my feet so much and walked several miles a day walking dogs, etc. I had developed such bad foot pain that I was becoming very limited in what I could do until I got these boots.

After two years of this type of use, they have about had it. I gave them moderate to good care. The only problem I had was with the wrap around sole near the ball of the foot that is molded up on the side a bit. Since I was re-finishing an old house with them, they were bending at the ball area constantly so some separation occured. A little "Shoe Goo", which I used two times, worked well to keep them together.

I see REI offers another model now called "Pro Trek" that looks to be the same construction but has a toe shield that comes past the ball area... this might help, but this boot isn't Gortex lined..... The Civetta did start leak after about 1 1/2 years of this use... I killed them and will own a new pair soon!

The design of the boot allow the addition of a thicker insole then came with it, a Sorbothane Ultra sole...... The boot seems to allow any size sock as well and they fit like a glove.

These are great boots. My overall impression was that these were great boots (if they would give a little in the sole) and probably made for a heavier person.

When shopping for a pair of boots for the AT. I was encouraged by all the members at my local REI store to go with these instead of my original favorite, Vasque. T

he boots are almost a year old and I have used them on and off for work and day hikes. They've been on several weekend trips, and wear very well, but the fit is all wrong. Also, I just got done doing an overnight sub-zero camping trip in the snow and was not impressed with how they held up to cold conditions. Also, the boots don't form-fit at all, and it feels as if they still need breaking in (not at all possible. I've walked over 100 miles in them.)

Overall I would probably give them a 5.5 on a 1-10 scale. The biggest complaint I have: they don't fit, still. I'm a straight 9 1/2 shoe size with no irregularities with width or arch, and wouldn't dare take these out for longer thatn a two day hike.

My next pair will probably be Vasques again.

Boots were extremely comfortable in the store and on short walks following purchase. Gave me a false sense of security so wore them on a week-long 45 mile trek, that included a number of steep passes. Got blisters on my heels the first day, so heels hurt the rest of the week—thank goodness for duct tape.

I do have boney heels though, although it's been years since I've had a blister. No other blisters, however, despite very rough decents, and the boots now seem to be broken in quite nicely.

These may be the most comfortable shoes I have ever worn in my 51 years. I know they're boots but damn I love 'em. I work in an office and I wear them to work. No break in period; good ankle support; absolutely waterproof through stream, snow, ice, etc; clean up very easy. I bought mine at REI and would recommend these to anyone. For the price they are a steal.

Materials: Leather (Nubuck)
Use: Hiked to Everest Base Camp and Kala Patar. Many, many hikes in SoCal.
Break-in Period: Absolutely none.
Weight: 3-4 lbs.
Price Paid: $195

These are amazing boots. I wore them for a day to the office and right after that to a rough trail in Sierra. I did not get any blister despite really strong support these boots provide. I carry medium format photo gear with me, pretty heavy stuff, I'd say 65 lbs or so, and it felt like walking on a flat concrete, not rocky trail.

The boots are absolutely waterproof (I treated them with nixwax, the water-based variety for nubuck), I stood in a raging stream with water running of the boots as if they were some kind of futuristic force field from StarTrek! Thank you, Zamberlan.