See and Be Seen with Reflective Technology

Fall means changing leaves, shorter days, and turning back the clock. The hike you finished with time to spare in June might leave you scampering to your car in November, racing the night. While many outdoor enthusiasts are familiar with headlamps, flashlights, and other “active illumination” technologies, reflective technologies add a new dimension of safety and convenience to shorter days. “Passive” reflective technologies don't need batteries, are unaffected by moisture or temperature and weight mere grams. 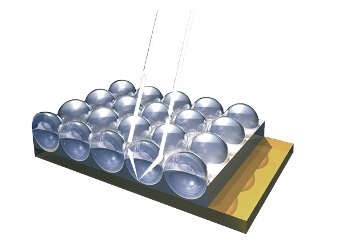 The technology that underlies most reflective products is a “retroreflector.” 3M manufactures the ubiquitous Scotchlite retroreflective product. Gina McCabe, spokesperson for 3M, explained how it works: “If light hits an ordinary t-shirt, it just scatters, but with Scotchlite, it's directed right back to the source.” The retroreflectors 3M uses are usually translucent beads, backed with a concave mirror. If you've seen a cat's eyes glow, you're observing the phenomena in action. ScotchLite uses millions of glass beads, 65 microns in diameter, backed by a vaporized aluminum coating. The net effect of these beads is that regardless of were you are in relation to the product, a number of the glass spheres are pointed at you. So, a light shined at a sheet of ScotchLite reflects brightly from any angle. 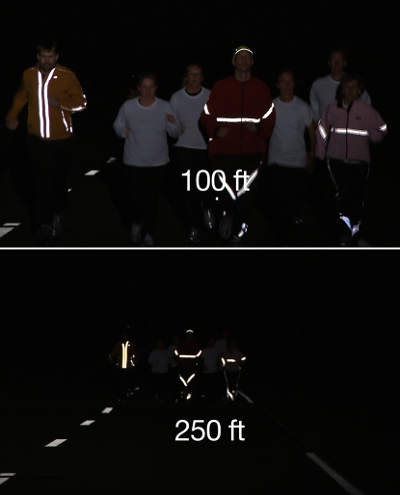 Hikers, bikes, and runners on greenways and urban trails aren't necessarily concerned with getting lost or being seen by a rescuer — their primary concern is visibility to cyclists and cars. Often, activewear manufacturers make a logo reflective, but according to McCabe, “these coatings are most effective when they define the human form in motion, rather than just 'spicing up' an ordinary garment.” Common frontcountry uses of reflective technology include:

Have you already embraced reflective tech? Have you figured out a clever way to incorporate reflective paints, tapes, or cord into your existing kit? Share your illuminating insights with the Trailspace community on Facebook or in a comment below.