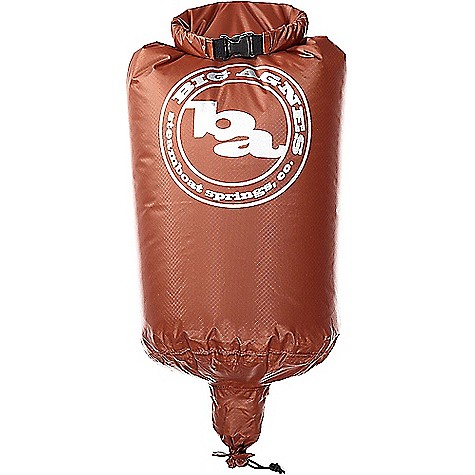 The BA Pumphouse is too low-volume to be a good inflation device, and that property is the main feature that differentiates it from any other lightweight, waterproof, roll-top stuff sack. It does, however, have an unintended use -- it makes a good solar water heater.

Although it is listed as just a stuff sack in the headline here on TS, it is really intended for use as a mattress inflater, with the suggested stuff sack and pillow as secondary uses. 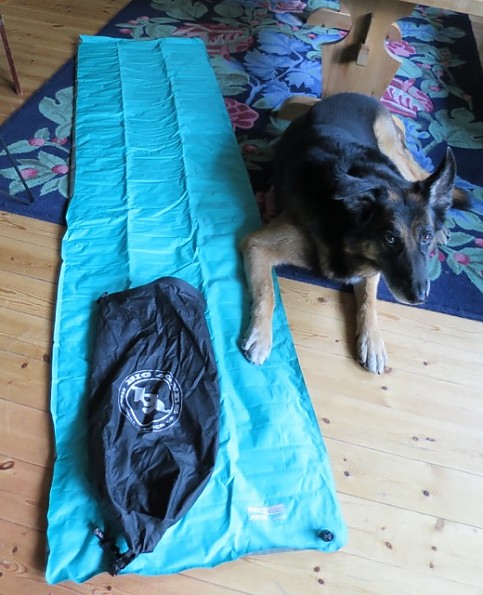 The bottom of sack has a little nozzle on it that can be fitted over the inflation valve of Big Agnes, Therm-a-Rest, Nemo, and probably other types of mattresses, and sealed via an elastic cord with a toggle. There is a slightly sticky coating on the inside to help it seal. A pair of tabs on either side make it easy to pull open again. That is all very well thought out, and it is very light at about 45 g. 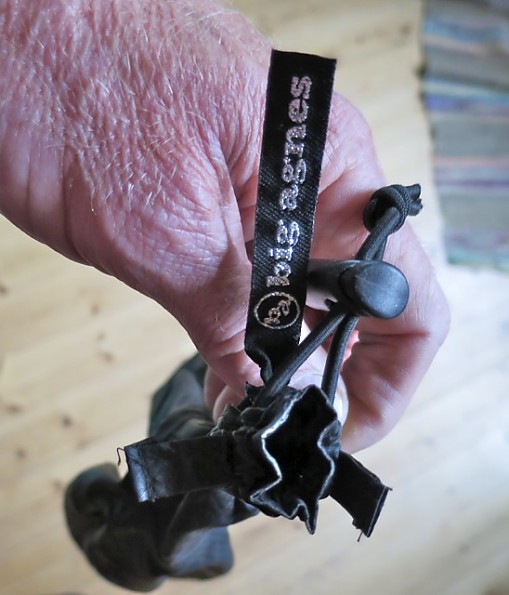 The idea is to open it as wide as possible, close the roll top to trap a volume of air, then roll or squeeze to force the air into the mattress. Good idea, but the material is so soft that it is hard to trap the full 5 l of air that the sack might be able to hold. Blowing into it just before closing helps, but the best I can do is about 10 to 12 fillings to inflate my full length x 20 in Neo Air All Season. It takes a while. 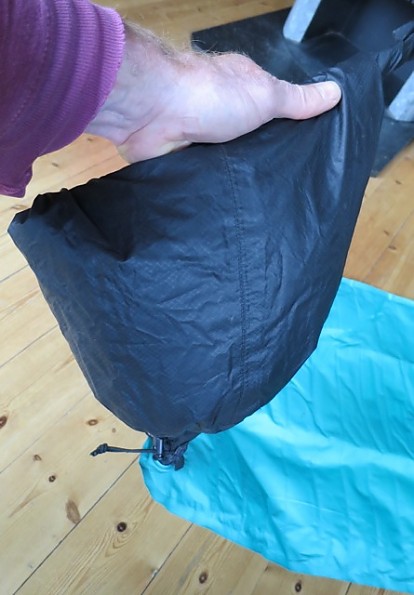 So I'm not impressed by the Pumphouse as an inflater, and have moved on to better options. But since it is made of black, waterproof fabric and has the nozzle on the bottom, it occurred to me it might make a good solar water heater.

I stuck the hose from an old hydration bladder into the nozzle, tightened it down, filled it up with cold water, and left it out in the low-angle Norwegian sun. The water warmed up nicely over a couple of hours. Later I put a piece of reflectix under it to protect, insulate, and reflect a bit more light energy onto it, and got temperatures up to 45˚C within about 4 hours. It will hold up to 5 l, but warms more quickly with less water. It drips a little around the nozzle, but doesn't lose much over the heating time.

We took it on the JMT and used it a few times for warm to hot dish water -- hygiene is important with a big group -- but later in the hike we got some cloudy and rainy weather or were getting into camp too late for it be very effective, so we dropped it on the last resupply. But outfitted with some kind of shower head it could be pretty nice on more leisurely hikes in the right climate. 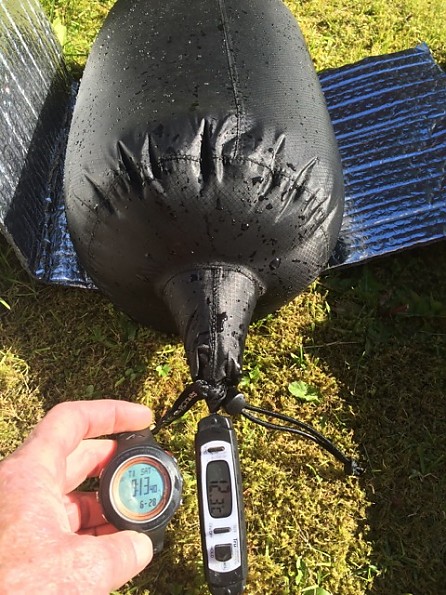 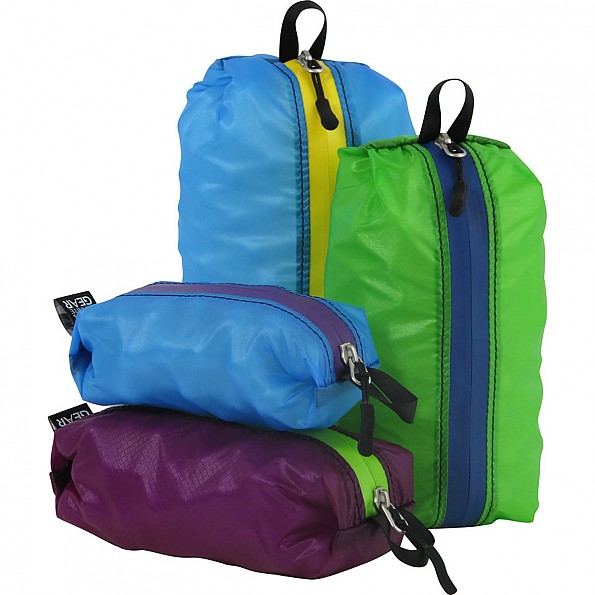 Trailspace's community of gear reviewers has field-tested and rated the top stuff sacks.