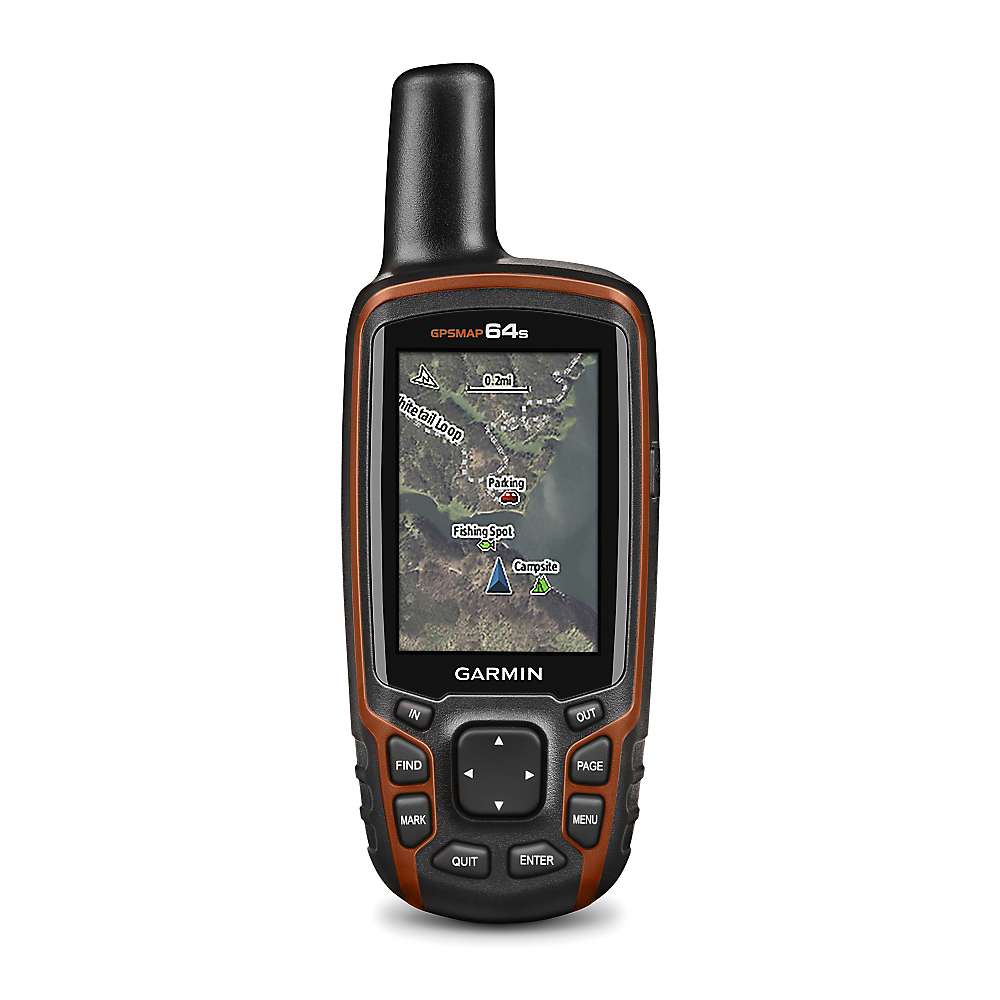 Solid successor of time-proven GPSMap series, made for extreme conditions. But the number of improvements over GPSMap 62s leaves much to be desired. The button-operated Garmin handhelds are still not for everyone. 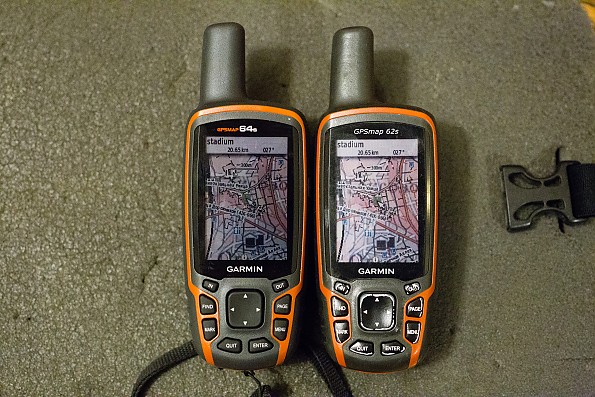 I’ve been an active user of Garmin GPS handhelds since 2002. The first one was eTrex Vista—old, monochrome and equipped with 24 MB of memory for maps. It had really weak receiver with tendency for losing satellite signal in ALL less than perfect conditions (inside the pocket, in the forest, in the town, inside a vehicle). Also the screen had a flaw which reduced its lifespan to less than a year (my first Vista was replaced by warranty to another one, which broke the same way). Nevertheless it was a huge step forward over not having any GPS at all. It stored waypoints, recorded tracks, and displayed a tiny and dull map (only 8 gray scales for displaying roads, rivers, tracks, and bearings on map).

In 2007 I became a user of GPSMap 60Cx. It was absolutely superior over Vista in all terms, except weight and dimensions. It had excellent sensitivity, large color display, auto routing, and ability to use much more detailed maps on MicroSD. Unfortunately, sometimes the CPU power was not enough for such maps (especially while navigating, when it displayed a blank screen while loading the map). The appearance of 60Cx fell in same time period with vast increase of my outdoor activity. I’d been using this handheld until the end of 2010, when it died right after returning from Sakhalin trip. After repairing I replaced it to new GPSMap 62s.

After 6 years of successfully using the GPSMap 62s I decided to replace it with a newer GPSMap 64s model. I decided that my old handheld is at the end of its lifespan, it glitches sometimes unusually, so I cannot rely on it fully. On the other hand, I was interested in new magnetless cadence sensor, which is supposedly not supported by old handhelds (my old Garmin speed-cadence sensor is so awkward and huge that I stopped using it a few years ago). 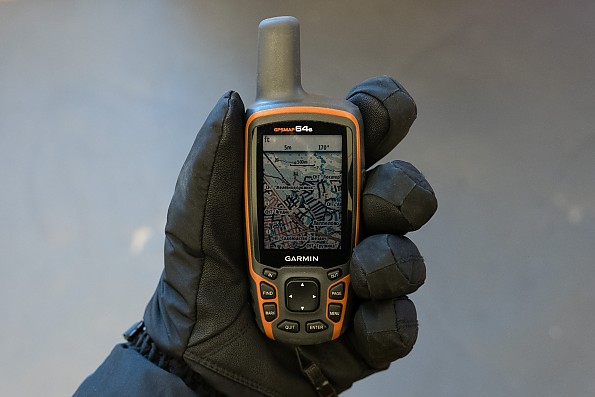 Using the device in thick gloves is surprizingly easy

For most modern people a typical Garmin handheld looks like a parody of a smartphone: huge dimensions, archaic resistive touchscreen (pressure-sensitive) with tiny size and resolution, limited “smart” features, premium price. The GPSMap and eTrex series have even smaller screens without touch function—all operations are performed in old way, using the hardware buttons. Small wonder that most casual people don’t need a Garmin device, as their smartphone is enough for most of their needs.

But for backcountry activities the things are different: a button-operated Garmin handheld is like the HMMWV combat vehicle alongside to passenger cars (a touch-screen Garmin may be compared to civilian Hummer). First, they are really tough and able to work in most demanding conditions. For example, you can freely use your 64s in heavy insulated gloves or mittens without any need to take off them. I've been using my Garmins in extreme cold, in mud, in sand, and under week-long rains without any issues.

Second, they have 100% sunlight-readable always-on display and battery life time at least 10 hours on single charge (the eTrex models work even longer due to less powerful CPU). The Garmin units support AA batteries of any kind (rechargeable, alkaline, and lithium), so you can find the power supply everywhere in the world. Unlike the smartphones, you don’t use the backlight except the darkness and indoors—the screen doesn’t fade in bright sun. In Battery Save mode (not used by me) the screen switches off after certain time, and battery life is further increased.

Third, the button-operated handhelds are specifically optimized for convenient operation on the go. This is not the case even for the most rugged smartphones. I can easily access all features of my Garmin while riding the bike: exploring the map, watching the trip statistics, searching for camp places or train stations and navigating to them, managing the tracks (browsing the history and displaying the tracks on map). During the last 15 years I crashed only once while doing this :) — because of complete exhaustion by that moment. 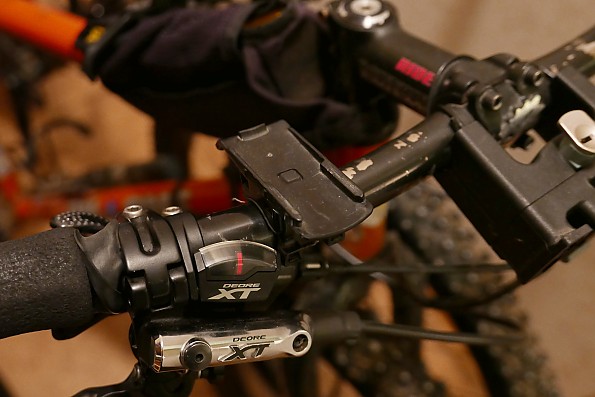 Conversely, on bicycle it’s impossible to operate your smartphone thoroughly without a risk of crash, as all operations require large amount of time, attention and very careful positioning of your fingers. I’d also note the excellent handlebar (optional) and carabiner (included with 64s) mounts for modern Garmin handhelds—simple, strong and reliable. Such mounts are very rare for smartphones.

In summary it can be said that Garmin handhelds are designed for navigation in really difficult conditions (especially in severe weather).

A very common mistake of those who are new to Garmin handhelds—considering them as a kind of electronic map. This is not correct. While there is an embedded electronic map, it is not the primary feature of device. Actually it is a navigation device designed for full-time guiding you along a route or track (either preloaded or calculated on the fly). It is not designed for mapping, as it has tiny screen size and resolution. Enlarging the screen would have a negative effect on its navigational properties (robustness, ease of use, weight, dimensions, battery life), which cannot be allowed.

This means that in backcountry adventures you’ll need an appropriate map in addition to your Garmin GPS. I prefer the paper maps in full-scale tours or e-map in my tablet PC (or smartphone) in short trips.

By the way, some of my friends volunteer in SAR operations (their non-profit organization "Extremum" each year performs several hundred attempts to retrieve the people lost in forest), and Garmin 62 is a standard issue in all search-related activities. I've donated my old 62s to them. 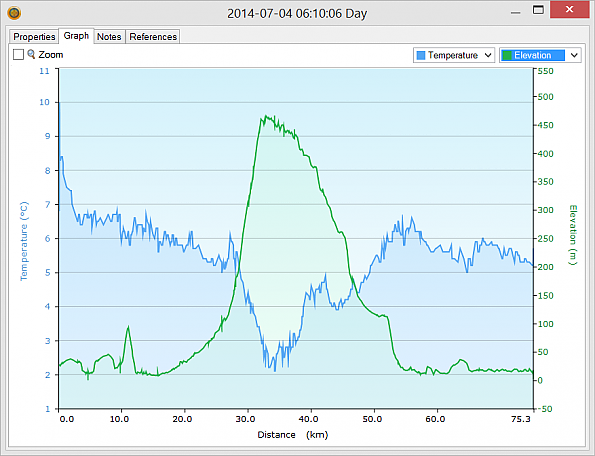 I will not list all the features of 64s here, as they are numerous, and I don’t use many of them. Instead I will describe the most useful ones and how they help me in the trips. 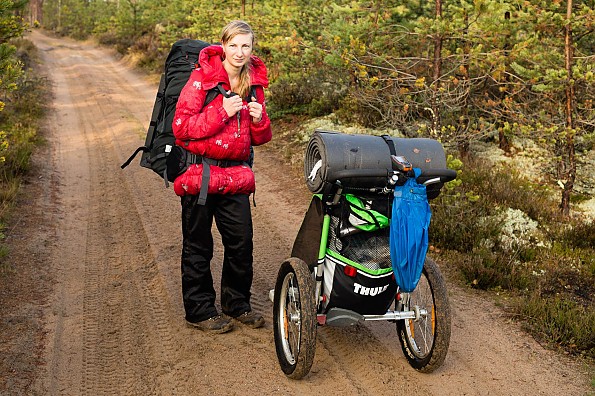 Garmin 64s is attached to our child stroller with bicycle mount

GPSMap 64s vs. 62s (for old users of Garmin handhelds) 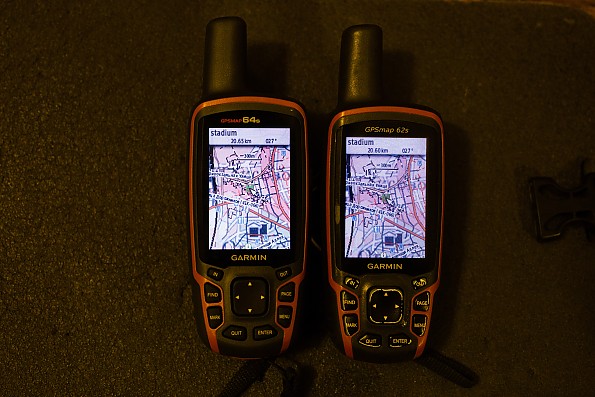 I can compare both GPS units side-by-side. In general, after 4 years of development the difference is tiny. Even their look and user interfaces are the same. The 64s still has a few improvements over 62s: Bluetooth, GLONASS, new speed and cadence magnetless sensors support, larger internal memory, faster CPU. There is a proprietary battery pack for new Garmins which allows charging inside the device, but technically it’s just 2xAA Ni-MH batteries +microcontroller. It may be useful for charging the device in your car, for example.

A thing I dislike in 64 (and other newest Garmin handhelds)—dropped Unicode support in unofficial maps. With Unicode map in memory, the error appears during startup: “Cannot authenticate maps”. In other words, your map cannot contain more than a single charset. In most cases you won’t notice this limitation, but such maps exist (e.g. free Openmtbmap and Velomap for non-Latin countries—now you’ll be obliged to pay 20 EUR/year for access to special versions without Unicode), and this may be an unexpected problem for some. 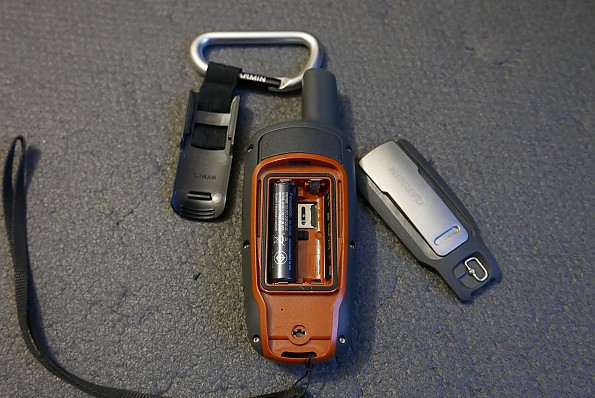 Another problem of 64-series is poor design of MicroSD card slot. While removing the AA battery, you may accidently grab the slot cover by finger, and it opens. While replacing the batteries in exhausted condition, with frozen hands and under rain, you may even lose the memory card. In 62-series the card slot was located in different place, so it was impossible to open it accidently.

By official data, the battery life of GPSMap 64s is 16 hours, while 62s is better with 20 hours. I’ve tested the battery life of both devices in similar conditions (close to reality) on similar batteries (2000 mAh Sanyo Eneloop). Each device was placed on window-stool with opened OpenMTBMap (very complex, in the city center), with disabled power saving, so the screen was always on (without backlight). In 64s I also disabled GLONASS and Bluetooth (as these are not required in real life and drain the battery).

The measured battery life of both devices was almost the same—10 hours (note that my batteries are rather old, and you will get much better results on better batteries, especially Lithium ones). So, in reality the power consumption of both old and new handhelds is the same.

I tried the Bluetooth feature—it was promising, but actually it’s next to useless. Wasting your battery on displaying phone notifications or transmitting stamina data to Garmin Connect on such a device is silly. The Basecamp Mobile is not available on Android, so I cannot transfer tracks to my phone either. They should have included ability for simple Bluetooth File Transfer (for loading your tracks to desktop PC and vice versa), but at this moment it’s still not present. May be they’ll include it in next firmware versions? Until that the data is to be transferred to PC via Mini USB cable, like 10 years ago.

By side-by-side comparison, the 64s can load and scroll maps a bit faster (not much) than 62s. So if you like the complex maps, especially raster ones, you’ll like that.

My Garmin GPSMap 64s has left a mixed impression. In summary it is technically better than 62-series predecessor. But if you own the old and good GPSMap 62-series device, and you’re happy with it, there’s a little sense in replacing it to newer 64-series. Despite the 4-year time gap between these series, the number of improvements leaves much to be desired (unlike the major technological leap from 60 to 62).

UPDATE: Recently I found a strange bug in my unit's firmware. If I leave my Tempe sensor at home, the main unit routinely tries to establish connection with it. But unlike all other sensors (heart rate, cadence...), these connection attempts cause periodical signal losses from all ANT+ sensors! The period is almost exactly 30 seconds. The solution was manually disabling the Tempe sensor in menu, when it's not present. Also I've reported this bug to Garmin Support.

A very thorough and knowledgeable review

Great review, Vladimir. You included so much helpful info. Thanks!

Thanks! During the past 15 years I noticed that I became too addicted to Garmin GPS units. I can reach the most remote places which I'd never ever tried to visit without GPS.

I've added a note how Garmin 62 helps my friends in SAR operations.

Thanks, Vladimir, for an excellent review. I appreciate all the effort, including your history of using Garmin GPS units. This is important information for those of us considering buying a new unit.

Added some more photos and a description of annoying software bug.

That's quite the review. Thanks