#4 in Slings and Straps 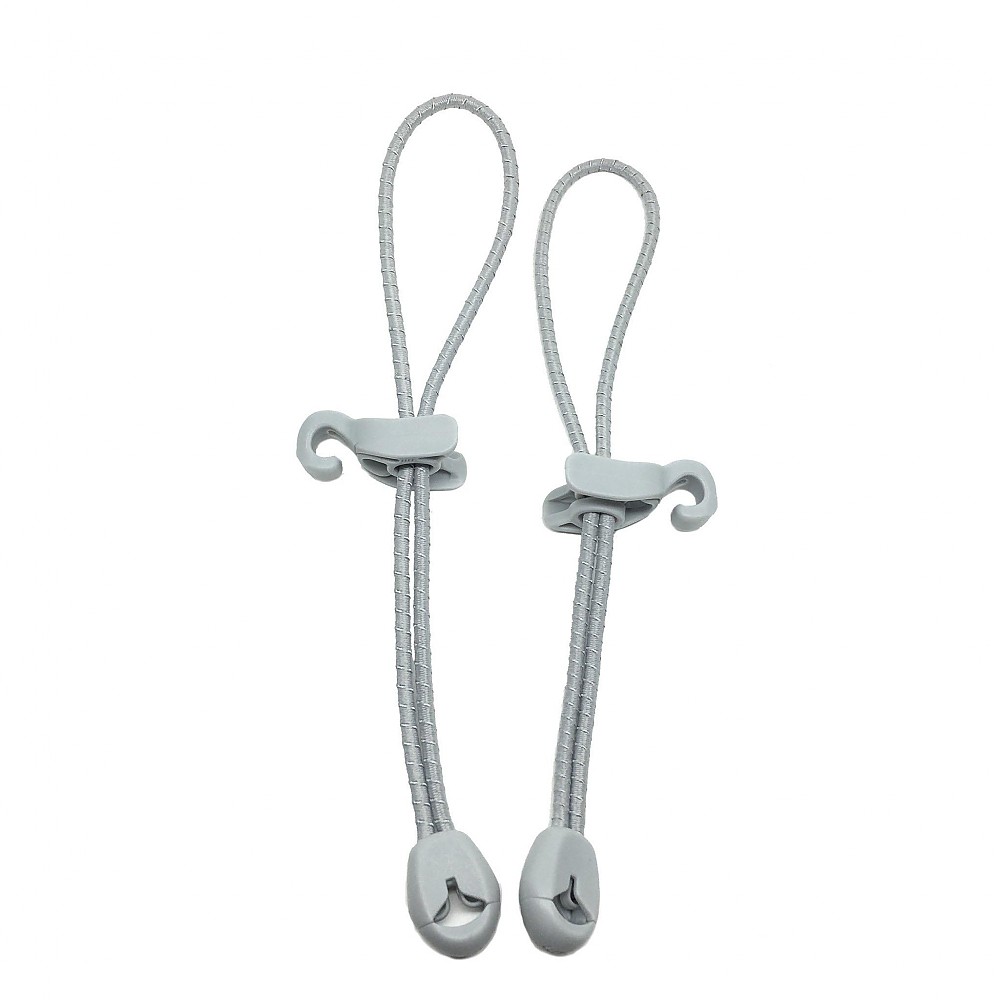 Light little loops of stretchable cord with an easy to use, one-handed line lock with built-in hook. Made to attach hiking poles, but lots of other potential uses. Easy to use, but easy to lose if you don't keep them under control. 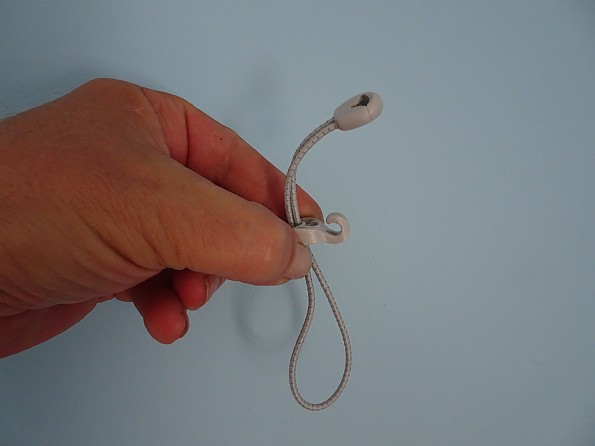 These are meant to be looped through a daisy chain or similar attachment point to hold trekking poles. As someone who never stops using his poles I looked at them and saw a lot of other potential uses. Can't tell you how they work for holding poles, but in the right application they are pretty useful. 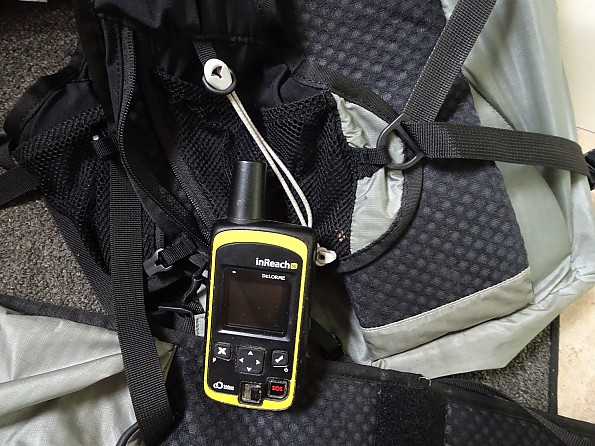 When testing the Six Moon Designs Minimalist earlier this year I needed a way to secure my inReach SE if it popped out of the mesh pocket in the vest harness. After attaching the Lightrek Pack Bungee to the inReach and then to the pack I found it less than secure. I removed the hooked locking mechanism and reattached it after threading the bungee through the pack loop. Loop secured to pack and then attached to items seemed the safest way to avoid losing bungees and their loads.

The lock is easy to squeeze and slide along the cord. The built-in hook holds the looped end of the cord securely so long as you tension it properly. As the cord aged that became more important as it felt stiffer and less able to take up tension on its own. 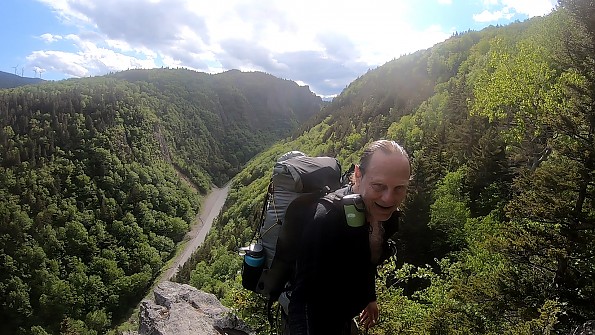 The Lightrek Pack Bungee was tested over several very active months on extended Cohos and Baxter State Park excursions. It has seen about 30 days on trail with plenty of exposure to sun, sweat, and rain. 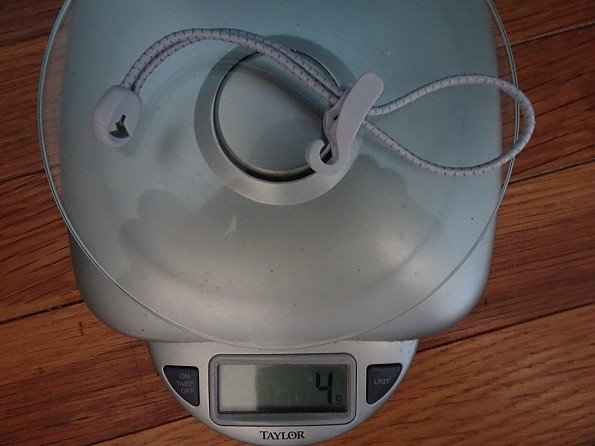 I found these little bungees to be very useful so long as I didn't lose them. One of my first uses was as a method of attaching an umbrella to my pack and somehow I lost a bungee on the second day of use. After that I was careful about making certain the strap was attached to the pack securely so even if it failed to hold an item the strap wouldn't end up on the ground. It is hard to blame a product for my mistake, but seeing how easily it happened makes me wonder what percentage of these things sold will end up fouling the wilderness somewhere. 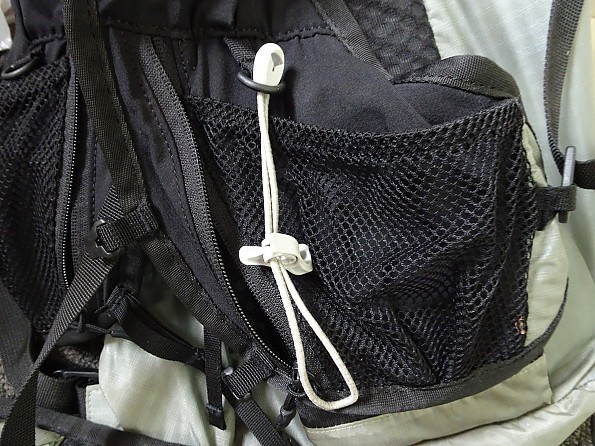 Once well secured though I really appreciated the utility. I could pull the inReach out without worrying about dropping it. When I wanted to use the device away from the pack it was easy enough to unhook and reattach later.

Overall  I was happy enough with this purchase, but I dropped the score on the two negative points I listed in the Cons. It has been a few months since I lost that strap, but I still feel guilty wondering where it landed. I am not sure if there is an engineering solution to the loss problem. Maybe Gossamer Gear just needs to mention something on the product page as a warning to secure the straps to something rather than trusting the daisy chain to hold it. I also think price is a bit steep considering what is involved.

Otherwise I am happy enough with the product and intend to keep using them.

Product was tested on extended backpacking trips as noted. Previous experience with bungee cords is extensive :)

Source: bought it new
Price Paid: $5 USD plus shipping for pack of two 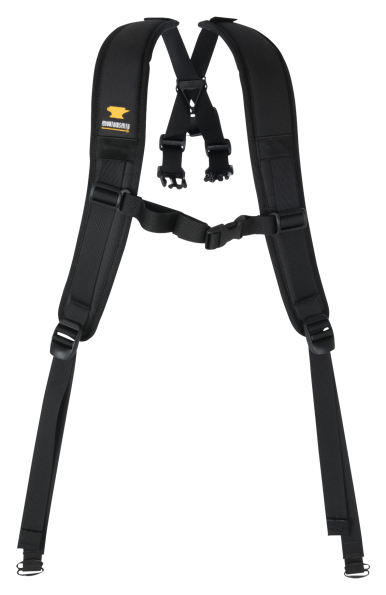 The Best Slings and Straps

Trailspace's community of gear reviewers has field-tested and rated the top slings and straps.