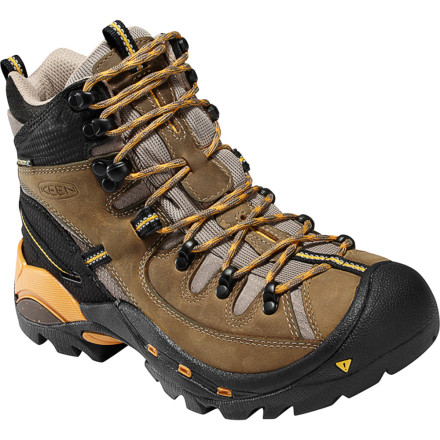 Without a doubt, these are the most comfortable hiking boots ever made! I have worn them from morning till night, and at the end of the day they are still as comfortable as when I first put them on!

I've had these boots for 3 years, and they are still awesome. These fit so well you would think you're wearing sneakers! There was almost no break-in period for them, but they do form to your feet after a few hikes. They just seem to get better with age!

I do all kinds of hiking in NYS, trails,streams, and lots of wilderness hiking and these are the go-to boots. They grip great and still support your feet so you aren't feeling the rough terrain as you go.

I wouldn't plan on submerging them in water because they are not waterproof, but with the proper upkeep they do keep your feet dry. I have been in the ADK's when it has rained ALL DAY and my Keens kept my feet cozy and dry.

If they ever do wear out, I WILL buy another pair!

I wanted to like these boots. I bought them looking to replace my old Lowa Mid Renagades GTX, (which are no longer made to be the sturdy boot of old, and another story of good products going cheap).

I have worn the Oregon PCT's for one year and will not be buying another pair. They have broken down too quickly and have begun to hurt my feet. I hike and backpack in my home state of Colorado on a weekly basis and used the Oregon PCT's for hiking only, so no running around town or casual wear in these boots. I bought them to be a 'workhorse' carrying heavy loads on rough terrain.

The initial fit was good, but took awhile to get the lacing just right and the ankle cuff comfortable, the laces are a little too round and bulky (ended up changing the laces to a flat). After a month of break-in I was happy with their trail performance, great traction for the first six months of wear. But the tread has faded quickly and the cheap footbeds no longer offer support. Attempted to replace footbeds with my favorite "Downunders" and the boot just didn't fit right with them installed.

The other issue I had was the Goretex "sweat box" factor. These boots hold on to sweat and were always wet inside after use. Having years of experience with the Lowa GTX boots I never had the moisture problems I had with the Keen Oregon PCT's. And not the warmest boot in a little skiff of snowfall, toebox gets wet and stays cold.

It's a beefy boot that just didn't live up to its promise of long wear and comfort. One year of strong use broke these boots down quickly...where in the past I've gotten 2 good seasons out of hiking boots before retiring them.

So I am still searching for that great hiking boot that will last a season or two and fits just right!

In addition to the 2 women's reviews above, there are 14 reviews for other versions of the Oregon PCT. Read all reviews » 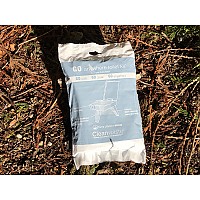