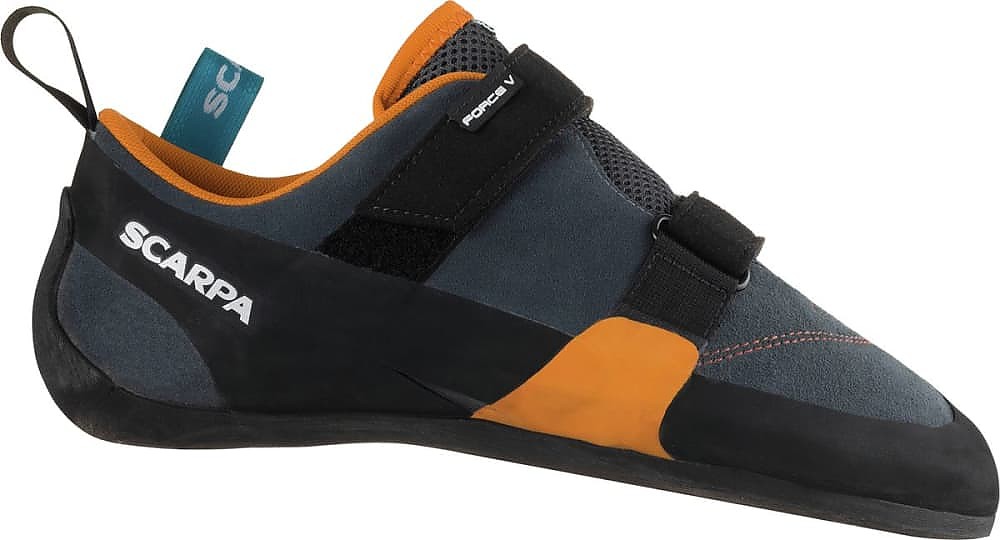 A perfect step up from the Origin for those looking to increase their performance without getting aggressive.

The fit tapers from a narrowed heel to a medium-wide toebox.

Preface: I'm mainly a gym climber, though I occasionally go outdoors. For rating reference I climb at Stronghold in Los Angeles.

For about six months I climbed mainly using Scarpa Origins. I wanted to get a nicer pair of shoes to see what the fuss was about, and so I tried a pair of LS Miura Velcros for a while, but found them to be too uncomfortable and didn't fit my foot profile well. While returning them I saw something new, something exciting.

In comes the Force V.

I mainly wanted something that's a bit more performance oriented than the Origins, but I still wanted it to be comfortable enough to walk around the gym in as I'm a lazy bastard. I also found I had little issue climbing 5.11's in the gym using my Origins so I saw no need to move to an aggressive shoe.

I got these a half size down from my Origins as I wanted that tight performance fit, and it took me about 2-3 weeks of discomfort before they really started breaking in, but after that it's pretty much perfect.

These are an upgrade to the Origins in pretty much every way. They're more comfortable, they have better grip, and they're more precise.

Will they suddenly cause you to send as hard as Adam Ondra? That depends on how hard you shout.

Will they support your journey to climb hard and better? Most definitely.

I would say these are the shoes to get if you want to upgrade from gumby shoes and focus more on developing good technique as their lack of aggressive shape makes them potentially harder to use on higher level climbs, which will demand better footwork and balance. Is this a kind of backwards logic? Sure, but it works for me and I don't have to take my shoes off every 5 minutes.

Only downside? I don't like climbing outdoors in these as much as I do in my Origins. Because you spend so much time sitting on your feet while climbing outdoors looking for your next hold ("Is that really the only hold on this slab, a crimp that's almost worse than my love life? There's gotta be something better..." *5 eternities later* "God dammit, that's the only hold."), and because they're more sensitive and so tight my feet get tired and sore way faster then in my Origins, which in turn causes me to climb worse because now I'm trying to avoid pain, no bueno.

But if you don't size foot bindingly tight this shouldn't be an issue and in any case, I'm still climbing mostly moderates outdoors so my Origins work perfectly, plus they have a longer lasting sole. Gotta save pennies somehow... 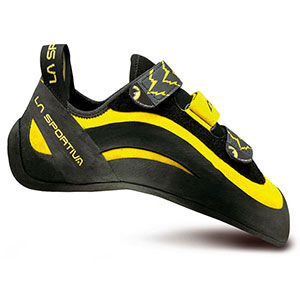