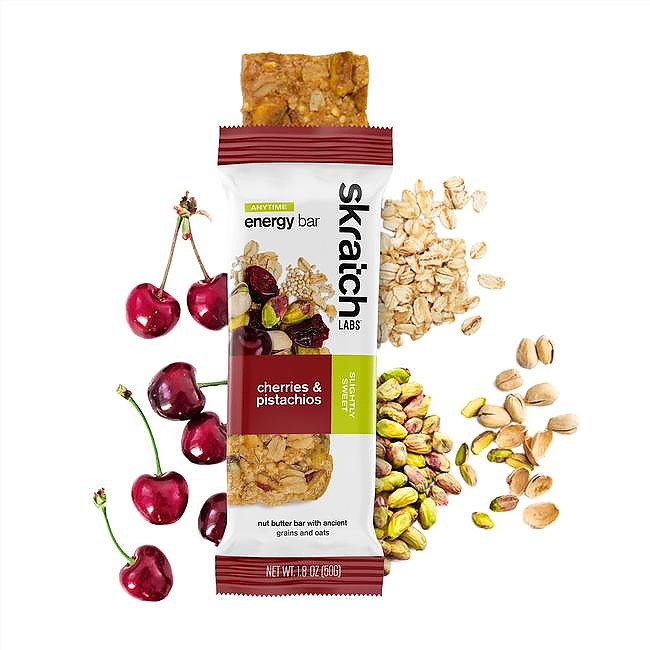 These new bars from Skratch are a nice change from the overly sugary bars we usually encounter.

Most endurance athletes are familiar with Skratch Labs. Their energy and electrolyte drink mixes are the stuff of legend. The founder of the company, Alan Lim, was a nutritionist for several professional cycling teams (BMC, Radio Shack, Garmin), and developed his "secret drink mix" after fielding complaints from cyclists about the electrolyte drinks that they were forced to drink. Along with Chef Biju Thomas, he coauthored a cookbook for endurance athletes, which has become the "go to" for many athletes. 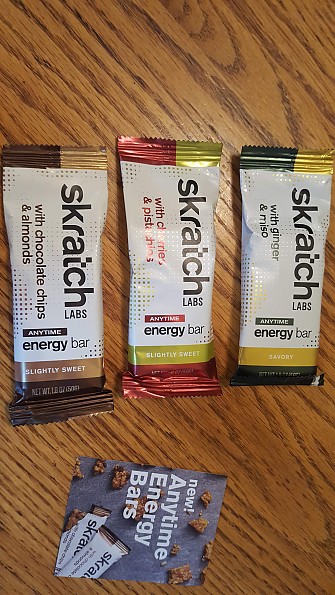 When I saw that Skratch was releasing nutrition bars, I thought "does the world really need another bar?" (energy, not drinking establishment)  But they were sending out free three packs of their new bars, so I thought I'd give it a try.

The appearance of the bars is about like many others we are familiar with (Clif, ProBar, etc), so nothing new here. But the first thing one notices about them at first taste, is that they are not overly sweet. Indeed, the amount of added sugar is minimal, so one doesn't feel like you are having dessert in the middle of the day. Skratch has three flavors: 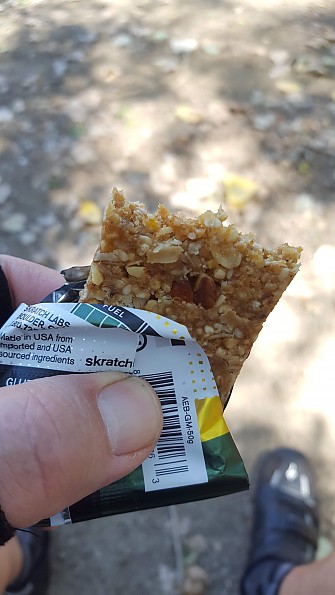 All in all, I liked these bars. They are just enough when you want a little bit of energy for that last part of a hike or ride, without making you feel full or bloated. And it would even be a good mid-day snack, during that last couple of hours of your workday, when you are starting to think about dinner.

I will purchase these in the future. They are tasty and not too heavy, with good nutritional value.

Source: received it as a sample, freebie, or prize (Skratch Labs) 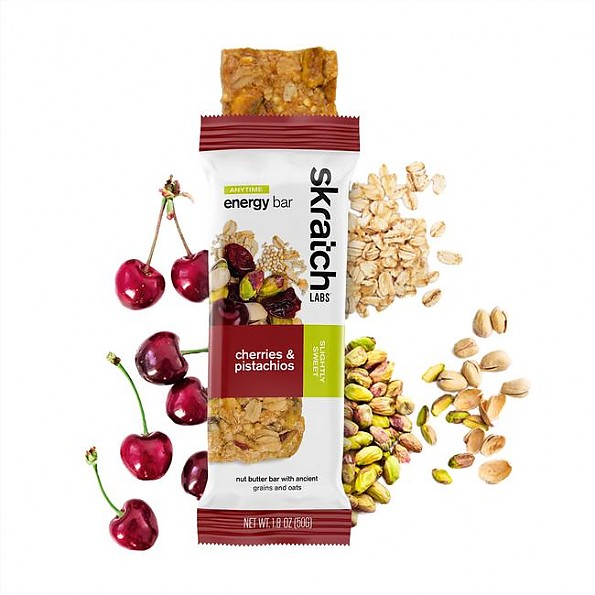