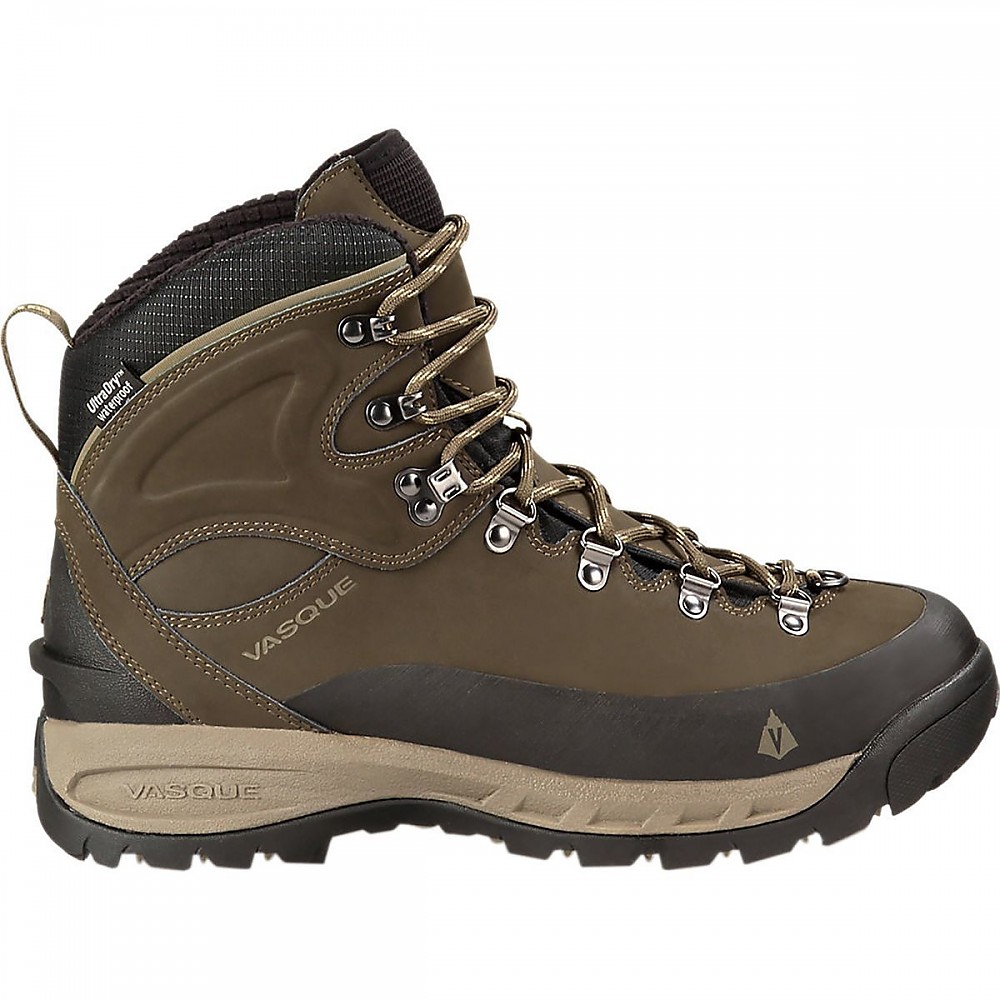 I was hesitant to try these at first, thinking these would be too heavy and tiresome to wear. Boy, was I wrong!

I wanted to do some snow hiking and winter backpacking this year, which meant I needed a pair of boots that were up to the challenge without breaking the bank. I didn't want something too clunky and heavy on my feet, but they needed to be durable, warm, and able to accommodate crampons and snowshoes. Enter the Vasque Snowblime!

Even though I'm on my third pair of Hi-Tec Altitude VI's because I love them so much, I am familiar with Vasque's good reputation and quality, so I decided to try their brand of boots. But I could not locate a store near me that had them, so I had to order them off the web. Now the biggest problem with buying shoes online is finding the correct size and if you get the wrong one, then you have the hassle of returning, trying another size, etc. Even so, I liked everything I read about the Snowblime, so I crossed my fingers and hoped that the 9.5 that I wore in the Hi-tec would fit in the Vasque.

When they finally arrived, I was pleased that the fit was perfect. I tried them on after work, after being on my feet a lot to ensure a true idea of the fit. The boots are heavier and stiffer than I am used to, but a few evenings of wearing them around the house after work and I felt they were ready for the trail.

I wore them last weekend on a snow hike at Mt. Pinos in California. There was a lot of snow, most of it very dry and powdery, but some wet slush where people had used parts of the trail a lot. On the hike in I used the boots without crampons. Vasques advertises them as having good traction in snow and they seemed to be doing the job alright, but I was too nervous about falling down (I can't afford to at my age!) so during my lunch break I put on some Kahtoola Microspikes. After that it was smooth sailing down the trail and no worries about falling.

The waterproofness seemed to work as far as I could tell. I did some off-trail walking to investigate some areas for photos, and the snow was almost to my knees. I hiked for three hours total, stopping a few times in deep snow, and the boots never leaked. Towards the end of the hike I noticed that when I stopped for breaks or to take photos, my toes got a little chilly, which I attribute to slight dampness from sweating rather than leaking. It was nothing uncomfortable, and when I was walking didn't even notice it.

The nubuck leather did get some damp spots, especially where some snow collected around the microspikes attachements on the upper foot, so I think a spray of DWR or something prior to an outing might be helpful. The rubber toe caps and heels make the boot durable and there is good protection and stability from the thermoplastic midfoot shanks, and the EVA midsoles offers just the right amount of cushioning.

I carried a 22 lb. pack on this hike to practice carrying a little weight on snow. These boots gave me excellent support and stability. I am confident that these will work well for long days out in the snow as well as multi-day backpacking trips in snow. After three hours, I didn't really want to take them off! They hug my feet nicely and feel really good. I think these boots and I are going to have a very nice winter together.

If you are looking for a reasonably-priced non-technical snow boot, look no further—these are quite simply the best buy out there.

I would recommend them.

Very comfortable shoe from the first wearing. The toe box is generous, the size is true, and they keep my feet warm and dry all day.

Worn them extensively, on a near-daily basis.

Warm, comfortable right out of the box, waterproof.

I had exactly one day to break in a brand new pair of these boots before a 12-mile round trip with a heavy pack into the back country in the Adirondacks this last weekend in February, followed by some peakbagging in heavy snow with a daypack.

I was concerned about blisters so I brought a ton of Moleskin, but never used it. Some very slight rubbing around the top of the boot, but I just left the top hooks undone and that took care of that. I could have put a bit of duct tape on my leg at the rubbing spot if I'd wanted the extra ankle support of those top hooks, but I didn't bother.

Super comfortable with both snowshoes and semi-rigid crampons.

The snow conditions were horrendous, deep wet snow up to the summit, where we found 70-80mph winds. My feet stayed dry, warm and comfortable the whole time.

So happy I left my Asolo boots at home and took these. At less than half the price of the Italian boots, they're a real bargain.

My local gear retailer recomended them, and he really steered me right.

I usually buy Merell products. Bought these because they were on sale. Do not regret it for a second. Excellent fit and feel...really robust.

I have only had them for a while, so I can't say much about their durability, which seems like it will be exemplary, thus far. All I can say is that they have been on some pretty crazy trails with me, so far, keeping me upright, comfortable, and alive all the way through.

Recommend them very highly, do I!

Bought these boots end of winter last year on sale.  I'd been looking for a new winter boot that had a little bit of insulation that I was comfortable taking on my winter backpacking trips. Most of the women's boots I'd been seeing were more for casual wear and/or the soles weren't stiff enough to carry a load.

I have a few other Vasque boots, and have been very happy with the quality and fit of their products, so when I saw these boots, I was really excited about them, even though I had to wait until this winter to use them.

Was able to finally use them last weekend in the Catskill Mountains, NY.  There was about 4 or so inches of snow on the ground, with another 8+" falling over the weekend. Hike in was in just our boots, hike out with snowshoes. Temperatures ranged from about 9 degrees to 30 degrees throughout the course of the weekend.

Usually when I'm actually hiking, my feet are able to stay relatively comfortable and warm in regular full leather hiking boots. I opted for lightly insulated boots so that when I stop hiking, I can help keep my feet a little warmer.

These boots did a pretty successful job doing that.  My feet stayed comfortable, and the few times I felt them start to cool down, just a little bit of movement warmed them right back up.  Usually, when I make camp, I jump immediately into my down booties, but I was comfortable staying in my boots for much of my time at camp.  (Which is nice, since my down booties don't really insulate from the ground, and have a tendency to sometimes get wet from the snow.  I also like to keep them clean so I can take them into my sleeping bag if it's really chilly at night.)

Back of boots have a snowshoe shelf so the back snowshoe strap will definitely not fall off.  Front of boot has a metal gaiter hook.

Fit wise:  I normally take a size 10 street shoe, in hiking boots I range from a 10.5 to 11. I opted for a size 11 with these, to ensure I had space for a thicker sock if need be. The laces can be a little difficult to get tight around the base of the foot, but with a few tying tricks, I was able to ensure a good fit.

I did not break them in before my trip, and did experience some chafing above my ankles.  I am confident as the boot breaks in and softens, that this will not be an issue.

Source: bought it new
Price Paid: around $90 on sale