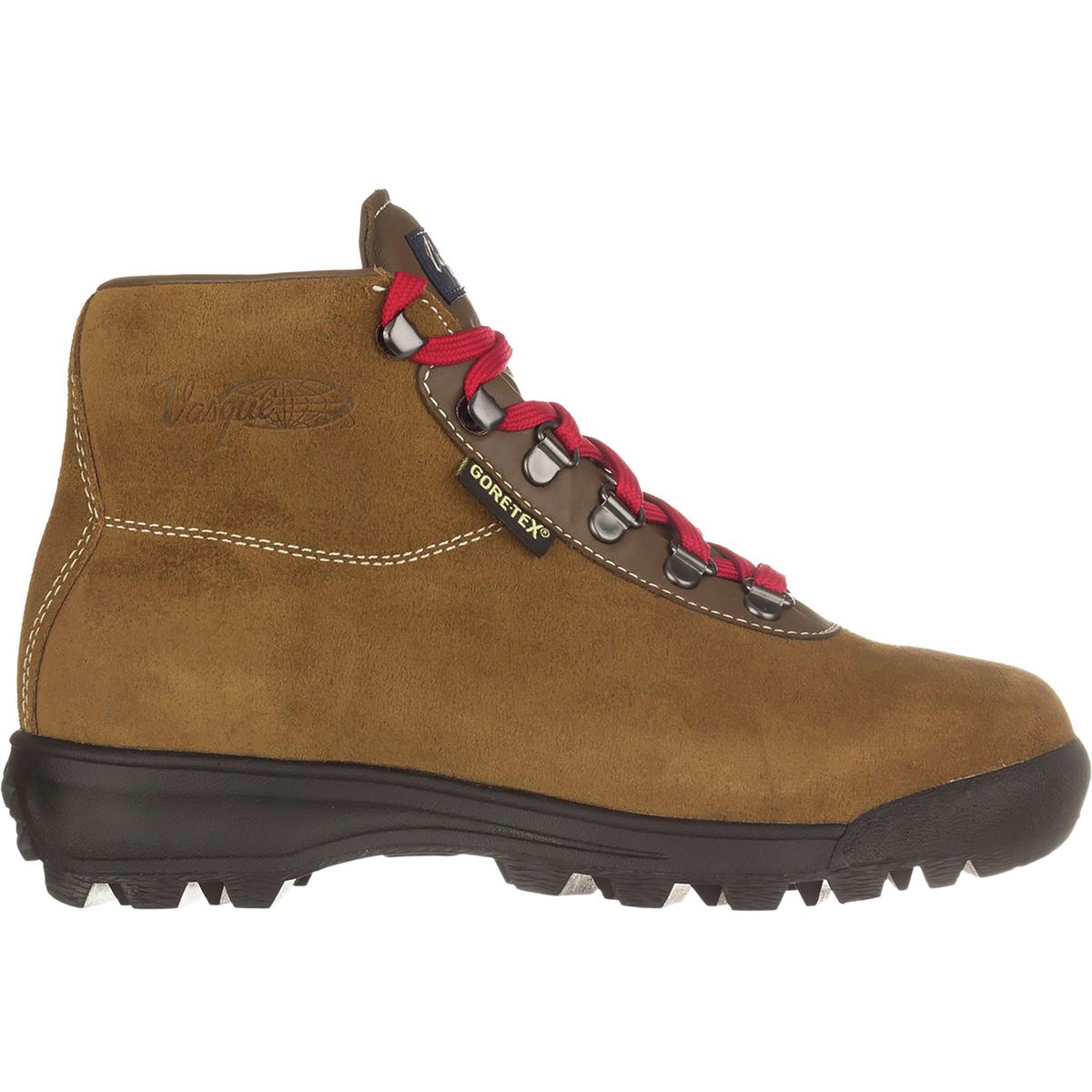 I first acquired my Sundowners in 2003, and immediately loved them. In fact, they were so comfortable, they quickly became my everyday foot attire, not just when hiking or in the woods, but even around school and home. I had them properly sized in an outdoor equipment store, so there was plenty of room in the toe. The GTX has an extra rivet up the ankle from the original sundowners, which helped me get the right amount of ankle support.

The boots required no breaking-in, and were comfortable from the moment I first put them on. After approximately 10 years of regular heavy use, the padding along the back of the ankle had become a bit thinner, and they eventually started to rub a spot there. Until that time, I never had a problem with comfort, despite having rather delicate feet that rub and blister easily.

The boots can be a bit hot in the summer, but I wore them regularly as a camp counselor for years, and the foot temperature was never bad enough as to actually be a problem.

The boots also remained effective at keeping out water. As long as the water didn't reach over the top of the boot, my feet stayed dry. That being said, after thousands of uses and not much maintenance care, the leather eventually split along the toe crease where the boot would bend to accommodate the flex in my foot as I walk. Unfortunately, and mostly due to my own lack of tending, this was an irreparable problem and the boots could no longer be adequately water proofed.

Considering the amount of wear and tear I put on these boots, they were extremely well designed and durable. Eventually, as mentioned above, a lack of conditioning led to cracked leather. The sole also began to separate from the upper in one part after more than ten years.

That being said, I have heard rumors the newer models of the boot are no longer made to the same quality. I cannot vouch for this, as I have not tried them, but would recommend checking online to try and find some of the older models if possible.

Wow! 10 years. You definitely got your money's worth. Thanks for the review!

Thanks for sharing your first reviews with us, Rebecca. It sounds like your Sundowners have had a great run. I'd love to see some pics of them in your review. What do you think you'd buy for a replacement?

After having read all of the reviews on this product, it seems as though the older model is far superior to the new model (China). I had pair of Vasque that lasted me 8 years (late 90's). This is saying something since I beat my boots pretty badly. My boot season is only spring and fall but most of my boots since then get about 1.5 years on them. Looks like another company that may have lost some of its quality along the way.

In addition to the 1 women's review above, there are 20 reviews for other versions of the Sundowner GTX. Read all reviews »

$109.97
Buy Now »
$219.99
Buy Now »
$109.98
Buy Now »
Help support this site by making your next gear purchase through one of the links above. Click a link, buy what you need, and the seller will contribute a portion of the purchase price to support Trailspace's independent gear reviews.