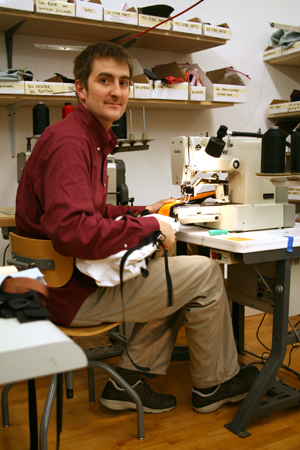 Graham Williams named CiloGear, his alpine pack company, after a mountain range in eastern Turkey, but he really discovered how to haul things uphill in the twisting staircases of New York City.

Born to a family of architects and raised in the city, Williams was working as an investment banker in the late 1990s. He didn’t like the job much, so he started working weekends for a friend’s moving company.

Professional movers confront five-story stairways with no elevators, where handcarts are impractical and it’s impossible to avoid carrying really heavy stuff up and down flights of stairs day after day. They carry weight high, near the shoulders, rather than low, near the waist.

“I learned how to carry a load from those guys,” Williams recalls.

Williams started climbing in 1997 when he was living in Salt Lake City, Utah, after graduating from the University of Montana. His career took him back to his hometown and then on to Turkey, where he was working as an economist and consultant. The financial work paid the rent and funded his alpine adventures, summiting peaks in the Caucuses, Central Asia, and Turkey, home to the Cilo-Sat range on its eastern edge.

The consultancy ended in 2004 with a severance package that gave Williams time to think about where he wanted to go next. He grew up in a household accustomed to bringing ideas from drawing board to marketplace, so it wasn’t a huge leap to start a business melding his interests in mountains and design.

The major break came when he met Oral Ülkümen, owner of a Turkish sporting-goods manufacturer called Linosport. Ülkümen gave Williams the run of Linosport’s pattern library, which housed designs for a vast range of packs for everything from hiking to mountain climbing to military combat. 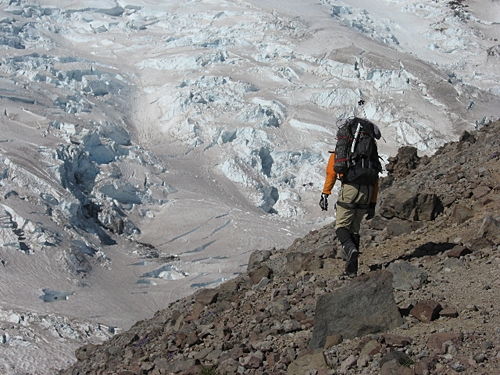 “So here I am in this pattern room in Turkey five or six years later and I think to myself, I want to have the weight up high,” Williams recalls. His only other requirement: doing something about straps, which are typically sewn into packs and prone to tangling at the worst possible time.

Williams started CiloGear (sounds like “jillo”) in Turkey in 2004, planning to build the packs there and sell them in the United States. That plan lasted for a few years, but he eventually tired of the challenges of international commerce and moved all his operations to the United States, first to Brooklyn and then to Portland, Oregon, in 2008.

Williams’s CiloGear WorkSacks range from a modest 20-liter pack for rock climbing to a 75-liter beast for major alpine expeditions, and include several versions made from super lightweight Dyneema material. The packs have a small but feverish following among mountaineers who scale the world’s tallest peaks.

John Race, who owns the Northwest Mountain School in Leavenworth, Washington, with his wife, Olivia Cussen, carries a CiloGear 60 Liter WorkSack when he guides clients on alpine expeditions.

“He basically cut through all the BS surrounding marketing and selling outdoor gear and made a product that is useful,” says Race, who counts 14 Denali summits among his conquests.

“Pack technology is being driven by the wishes of a public that does not have much experience with packs, and with shops that often only know slightly more than the public. Lost in the mix was a simple pack that was lightweight and bombproof and built for people that use packs hard in environments with real consequences if the gear fails.”

“Guides love Graham’s packs because they don't have a single extra feature, they last forever, they are really reasonably priced, and they work. Guides don't make their decisions based on color, logos, water bottle holders, triple X suspensions. They want something that works.”

The first thing you learn when researching CiloGear packs is that they are not built for rookies, or for dummies. They even come with homework: 19 pages of instructions on configuring straps and clips for optimum hauling.

“It’s for people who want to carry a load intelligently,” Williams says. 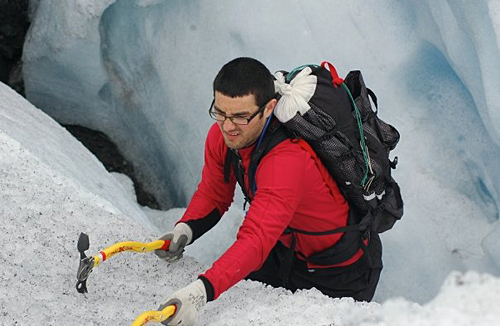 Bryan Hoshide of Juneau, Alaska, entering Juneau's Mendenhall Glacier in 2008 wearing the 60L WorkSack, stripped of the lid and framesheet to save weight. (Credit: Bryan Hoshide)

Smart hauling means removable straps that can be clipped and tightened directly to any bit of load that might need shifting.

Williams’s system of straps and “Dee-Clips” allow attaching just about anything firmly, whether it’s a snowboard or an ice ax. To stabilize heavier loads, his bigger WorkSacks come with a framesheet, bivy pad, and aluminum stay, all of which are removable.

Most climbers use the suspension parts to haul their survival gear to base camp, Williams says, then remove those heavy parts and carry only what they need to the summit.

Climbers appreciate all those options, and the ability to take any concerns directly to the packs’ source.

“CiloGear packs are more versatile than any other bag I’ve ever owned,” says Bryan Hoshide, a climber and hiker in Juneau, Alaska, who is one of the top contributors to CiloGear’s Facebook fan page.

“I used to use Arc’teryx packs, but I ended up selling a Bora 40 and a Quiver to buy a 30L WorkSack. These bags are lighter than anything else I’ve seen and the 60L, for example, (my favorite pack) can be compressed to function as a simple day pack or expand to carry anything you’ll need for a week-long venture. All this in a lightweight, no-frills bag that isn’t too expensive.

“Also, I don’t imagine that if you had questions or concerns about a bag from say, Osprey, that you could get the owner to answer those questions directly.”

Williams has spent the spring of 2009 streamlining his production system. The current goal is to take an order online and have a new pack built to order and shipped the same day. His staff of two full-time and two part-time sewers can build six to 10 packs a day, so delivery speed depends on sales volume.

CiloGear sells about 1,000 packs a year now, Williams says. He describes the company as treading water in the current slow economy, but he figures things will improve when he starts selling his packs in a few select retail stores.

“Climbers are very conservative in terms of gear,” Williams says. “It can literally be your life on the line and it makes sense to me to want to touch and feel” the packs before buying them.

“I love the industrial process of it. It’s really fun,” says Williams when asked if he wouldn’t rather be climbing with packs than building them. He notes that he does get out for cragging and climbing trips with his wife in the mountains near Portland.

Williams has a little factory floor in his Portland workshop, where he’s trying to adapt Toyota’s production system, which is legendary for its goal of producing zero faults. The system isn’t built on the idea of “quality control,” he says. Instead, it’s designed so every person in the production chain is encouraged to point out defects to co-workers. 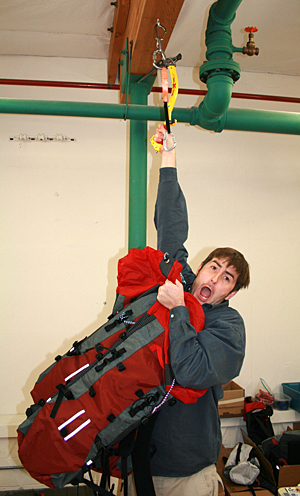 Williams figures he can compete on price with packs built in cheap-labor factories overseas if he can shave production times and eliminate waste from defects. It’s a daunting challenge because he’s extremely picky about his fabrics, matching tougher materials to parts of the pack that get the most abuse, and lighter materials to areas less prone to damage.

While he aims to build light, Williams concedes buyers are often in for a weighty surprise when they unbox one of his bigger packs for the first time. The pack body itself might weigh a pound or so, but the framesheet, aluminum stay, removable straps, and top lid all add up.

“They say ‘my two-pound pack weighs five pounds,’” to which Williams replies, “Well, why are you using all the stuff?” Only a few of the straps might be necessary. The lid can be left at home on many climbs. The framesheet and stay are optional if the load’s light enough.

Is all this stuff too much for the average hiker or backpacker? Williams says not necessarily.

“Our packs aren’t for everybody, but for people who know what they’re carrying, who are maybe a little bit annoyed with having stuff dangling from their packs, our packs might really satisfy those needs.”

Williams looks back on his Manhattan moving days with a mixture of pride and humility. “I was never a good mover,” he says, noting that he could carry only his body weight (200 pounds) in books up five flights of stairs, while the most seasoned pros could haul one and a half times their body weight. But one load-hauling lesson sustains him to this day:

“There’s nothing like hard, physical labor to drive you to use your brain for employment.”