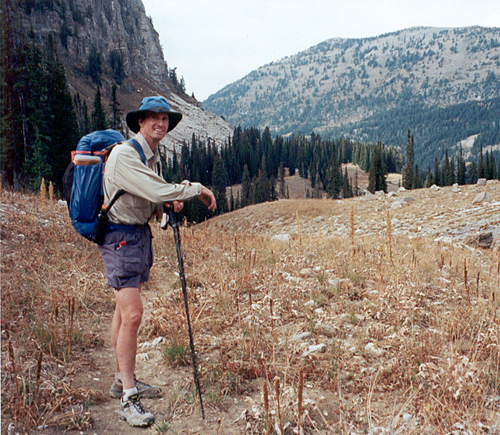 Glen Van Peski, the founder of Gossamer Gear, started hiking the trails fairly young. “I’d done some backpacking as a kid, but it was pretty traditional stuff, external frame packs, that sort of thing.”

Flash forward a couple of decades and Van Peski was living and working as a consulting engineer in California. In the mid-90s, his eldest son, Brian, joined the local Boy Scout troop as a pre-teen. The Scout troop, led by Scoutmaster Read Miller, did a lot of backpacking, capping off every year with a weeklong trip in the California Sierras.

By this time, Van Peski’s traditional backpacking gear had disappeared, so he went down to his local outdoor retailer, REI, to gear up.

Van Peski recalls telling them, “Hey, I’m going on this backpacking trip with my Scout troop to the Sierra. ‘What do I need?’ And they were touting the big internal frame packs of course, and they sold me one that weighed seven pounds empty and proceeded to load it up with all the stuff they said I needed, and my pack weight was tipping seventy pounds.”

After that summer of 1996 hike, Scoutmaster Miller, who’d become a hiking buddy of Van Peski, happened upon the Pacific Crest Trail Hiker’s Handbook. Written by Ray Jardine, a noted climber turned long distance hiker, the book introduced Jardine’s revolutionary, minimalist philosophy to backpacking—take only what you need, make your own gear, and go light, really light. 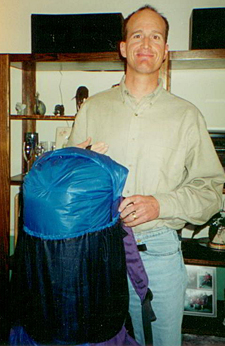 At Miller’s urging, Van Peski read Jardine’s book and thought, “OK, a seven pound pack is a good first target” for lightening up.

Making a pack didn’t seem daunting to Van Peski. “My mom thought that no kid should leave home until they knew how to sew, bake, and cook,” said Van Peski, crediting his mother with his sewing skills. He’d even made some outdoor gear as a kid, a couple of sleeping bags, a down vest, and the like from kits.

In 1997 he ordered some lightweight fabric and made his first ultralight pack. “That first pack, I called it the G1 and then proceeded to make smaller and lighter ones as the years went by, finally settling on the G4,” said Van Peski. He, son Brian, Scoutmaster Miller, and a few friends tested those early packs.

Still, Van Peski had little interest in entering the gear making business at that time. However, he thought his pack was a good one and unique in the marketplace for ultralight gear. So in 1998 he posted a pattern for the G4 online (you can still download instructions to make a G4 and several other packs on the Gossamer Gear website).

“I kept getting calls from people asking me to make one for them. It took me ten hours to make one and I’d say, ‘Sorry, I can’t just sit down and make a pack for every guy that wants one.’” So he’d ask the inquirers if they knew how to sew, or knew someone who knew how to sew. Most answered, “No.”

Van Peski felt bad for these people who wanted his pack but had no way to buy or make one. Initially he lined up his wife Francie and other women in the neighborhood to sew some custom packs. As the waiting list grew, he finally contacted his fabric supplier, which put him in touch with a manufacturer who could make the packs. Van Peski only wanted to get 25 packs made, because that was about the number of people that he thought wanted one. The manufacturer had a minimum though, 100. After a little tussle, they agreed on 50 packs. Van Peski figured he’d be stuck with the extras for a while, but that eventually he’d be able to get rid of them. 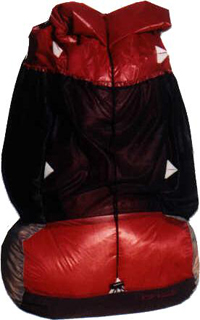 “Before they even finished that first order of 50, I had to double it ‘cause people starting calling, e-mailing,” said Van Peski. GVP Gear, as the company was originally known, took off.

For a while the company, with much of Van Peski’s family involved, only made ultralight packs. The original G4 was available in one size and four colors, eventually evolving to three sizes and one color. But in 2004 the company began adding shelters, sleeping bags and pads, trekking poles, and complimentary ultralight items from other manufacturers. The expanded company was now Gossamer Gear.

After talking with his friend Miller, Van Peski decided that the best thing to do was shut the company down, even as demand for his products was expanding. As luck would have it, another ultralight hiker came to the rescue and bought part of the company from Van Peski, using the capital to hire someone to run the company.

In December 2005, Grant Sible took over the day-to-day business from Van Peski and today runs the company from Austin, Texas. Van Peski continues to work as a consulting engineer, but still stays involved at Gossamer Gear, acting as chairman of the board and designing most of the products. He also gives seminars on ultralight gear and techniques to help hikers bring down their pack weights.

While ultralight backpacking has taken off in the last decade, with Gossamer Gear at the forefront, Van Peski is clear that ultralight is not for everybody. 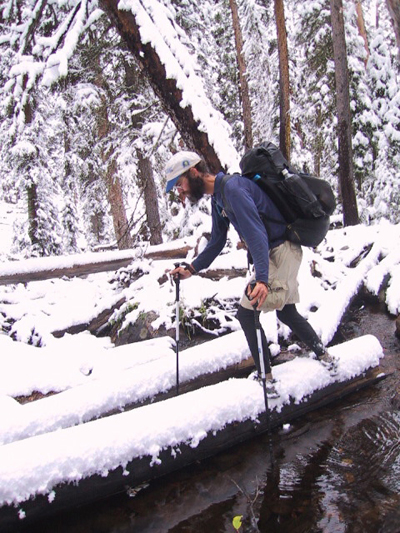 “Flyin’ Brian” Robinson, the first person to complete a Triple Crown (AT, PCT, CDT) in a calendar year, with his G4 pack in 2001. When GVP Gear was founded in 1999, Robinson was customer number five in line for a pack. In 2003, Ray “Wall” Greenlaw set a PCT speed record of 83 days carrying a G4 pack. (Credit: Brian Robinson)

“National Geographic Adventure Magazine did an article on Brian Robinson, the guy who did the Triple Crown (Appalachian Trail, Pacific Crest Trail, Continental Divide Trail), and it listed our pack...So I got a lot of inquiries and it got to where I had a little canned response that I said to people, ‘If reading this article was your first exposure to ultralight, than this is probably not the pack for you.’

“They think that they can still load rocks in it, drag it through trees, step on it, lean on it, they don’t understand the trade-off for lighter weight.”

Van Peski is aware that his hiking style isn’t for everyone. “My personal philosophy, which I realize doesn’t work for everyone, depends on how you do backpacking, how you enjoy the outdoors. I like to walk. A lot of people like to hike in to a lake and sit there and fish and maybe do some day hikes. I like getting up early, walking all day, going to sleep, and then getting up and walking a lot the next day. I’m walking along with ten, fifteen pounds on my back. It’s like a day hike.”

Sible, who runs the day-to-day operations of Gossamer Gear from his base in Austin, concurs. But he notes that the company sells a lot of gear to what he calls “transitional hikers.” These are people who come from a traditional backpacking viewpoint and want to go lighter, yet may not go all the way.

Sible’s view is that “there are steps along the way and what most people do is get lighter and lighter and then they go too light and they go back a little bit...for whatever reason...‘Man I wish I had that coffee cup.’ A lot of those people end up carrying about thirty or thirty-five pounds, which is not what our older gear was intended for, while some of our newer gear is designed with that in mind.”

Today, based out of Texas, with all manufacturing done in the United States, Gossamer Gear makes a line of packs that includes the original G4 model, as well as the new, hyperlight Murmur that weighs 7.9 ounces and is designed for an extremely low carry weight. They also make shelters, trekking poles, and foam sleeping pads in six different styles.

Van Peski’s gear reduces pack weight through ultralight materials and design and having multiple uses. For example, he carries a Gossamer tent that doubles as a poncho, since he’s either in his tent or on the trail at any time. His cooking pot works as his mug, bowl, and plate, and holds his stove, a simple alcohol one made from an aluminum can.

For a sleeping bag, Van Peski has been using one without any down on the bottom, which Sible is excited to get into production. “It’s a one-pound down bag, full length with hood, but there’s no down on the bottom, just fabric on the bottom,” said Sible. “It works great. There’s no zipper, you have to crawl in, it’s completely stripped down.”

Gossamer Gear also has a new pack cover in the works. It covers the entire pack, eliminating the possibility of water sliding down your back and creeping into the pack. It’s designed to be easy-on and easy-off and weighs about three ounces.

Today, when Glen Van Peski goes on a backpacking trip, his load is much less than the 70 pounds he carried on that Sierra trip back in 1996.

“I’m usually under fifteen pounds with food and water,” he said. “I’m under five before food and water, so all my gear weighs less than my pack weighed ten years ago.”

It's refreshing to see this fellows honesty about his ultralight gear.

My travels involve bushwhacking and bringing plants back from the jungle so ultralight is a no go for me..

Thanks for the article.