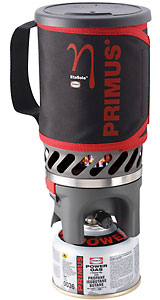 On March 31, 2011, the United States District Court for the District of Delaware entered an Order dismissing—with prejudice—the action captioned Jetboil, Inc. v. Fenix Outdoor AB et al… This lawsuit was brought by Jetboil to achieve the discontinuation of marketing and sales efforts of the Primus EtaSolo stove in the U.S.

Jetboil’s campaign against Primus was the result of the wealth of media platforms reporting on the introduction of the EtaSolo stove at the 2010 Outdoor Retailer Summer Market trade show.

“We are, of course, very happy with the outcome,” said John Smithbaker, president of the Brunton Outdoor Group. “Now we can get back to placing our full attention on what we do best: designing, marketing, and selling some of the finest camp stoves available anywhere.”

This past fall, Primus answered these allegations asserting both defenses and counterclaims that they did not infringe the asserted patents and that the patents-in-suit were invalid. Before discovery was even completed, Jetboil agreed to dismiss its complaint with prejudice, and Primus agreed to dismiss their counterclaims. Under the Court’s Order, Jetboil is barred from again bringing suit alleging that the EtaSolo product infringes any of the patents-in-suit.

What does that mean "with prejudice?"  I've not heard that term before.

I'm not a lawyer, but I believe it means Jetboil can't refile the same claim again later.

Here's what I found on the New York State Law Libraries glossary:

dismissal with prejudice: Action dismissed on the merits which prevents renewal of the same claim or cause of action.

dismissal without prejudice: Action dismissed, not on the merits, which may be re-instituted.

It means "Your'e an idiot for bringing suit in the first place."

“While this decision in no way reflects a change in our opinion regarding the validity of this suit, nor did it represent either implied or in fact an opinion of the court, in this case we have concluded that the costs in bringing the legal matter to a judgment would be better committed toward Jetboil’s continuing innovation and category leadership in providing outdoor enthusiasts with products and ground breaking technology that enable and enhance their experiences. We believe our decision in this case benefits the industry and our end users.”

Dowst also said, “Jetboil is continuing prosecution and infringement actions globally in separate cases involving its global patents and intellectual property, and will continue to protect and uphold its intellectual  property where it deems appropriate and necessary.”

Good thing for Jetboil that the Primus is a hunk-of-junk. When I saw it at a outdoor trade show it looked like a make-your-own-gear first try. Not a poduct that actually made it past quality control. Now that a number of online reviews are coming out it seems my visual assumption was right. Many things are wrong with the ETA solo. That's too bad because I have many Primus products that I would highly recommend to others.

To knock another's idea and make it better is one thing, but to do it poorly is quite another.

"It means 'Your'e an idiot for bringing suit in the first place.' " -- Gonzan

Nope.  At least not in this context:

That means that the judge was just approving the agreement, aka "settlement".

Very likely, somebody paid somebody something, which nobody is obligated to disclose to anybody.