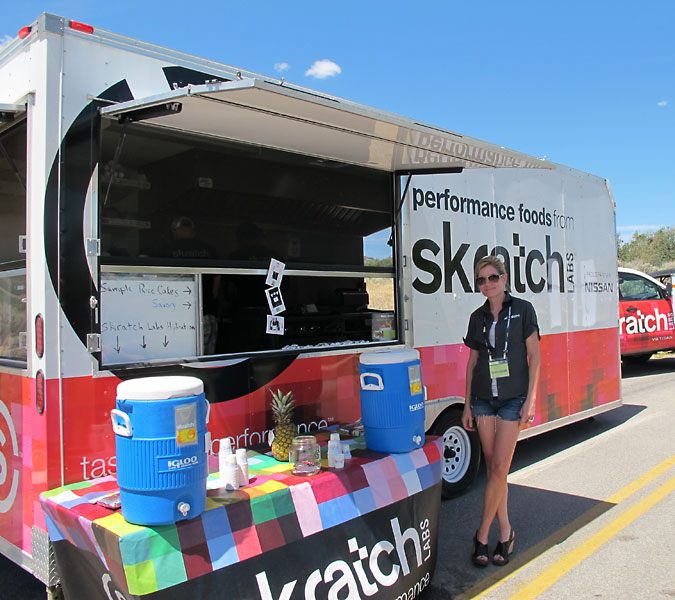 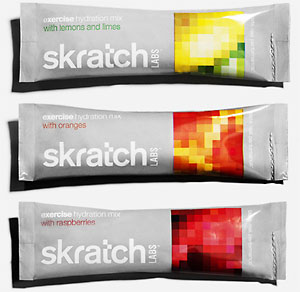 In 2008, Skratch founder, sport scientist, and pro cycling coach Allen Lim was mixing up batches of his Secret Drink Mix for top cyclists in races like the Tour de France. According to Lim, who's worked as a physiologist with Floyd Landis, the Garmin-Slipstream team, and Lance Armstrong's RadioShack team, sponsored pros would dump their other drinks and replace them with his recipe.

Skratch's Exercise Hydration Mixes are the same Lim prepared batch by batch for the best riders in the world. They have less sugar and more electrolytes than many hydration mixes, come in four light flavors, so you don't get flavor fatigue, and are made from all natural ingredients.

I sampled the pineapple flavor at today's Open Air Demo at Outdoor Retailer, and found it to be a refreshing, light, appealingly simple flavor, not heavy or sugary. I'd try it on long runs and hot hikes ($1.50 per single stick).

There's also an Everyday Hydration Mix for when you're dehydrated, sick, or recovering from a boisterous night out.

Skratch wasn't only serving up natural hydration today. They also were busy cooking up sweet and savory sushi rice cakes from Lim and Biju Thomas's The Feed Zone Cookbook for athletes.

Tried some of this the other day while climbing. The lemon lime is delicous, tastes more like a home made lemonade then the fake processed competitors.