Anyone with twenty-five dollars to spare can go out and buy a Victorinox Spartan multi-tool. But, making your own by hand? That's priceless.

On Tuesday, Bill Straka and I were lucky enough to make our own Spartans, thanks to Victorinox's Brian Ordway, who patiently walked us each through the process at Outdoor Retailer.

Here's a photographic tour of my "apprentice tool building for novices" experience, along with a video of Bill below.

I counted at least 26 different parts used. Here are the 18 different pieces needed: 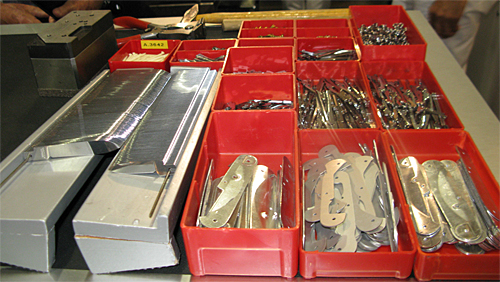 The machine for assembly, one of only three like it in the world and the only one in North America (we also used a small block, nippers, two different hammers, and a vise): 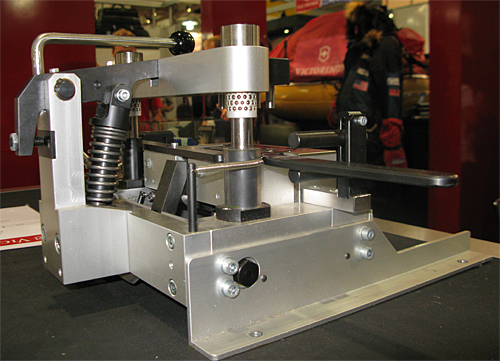 Brian Ordway (right) of Victorinox, leads Bill Straka through the initial steps of assembly, first dropping the pins in the machine — three large, one small: 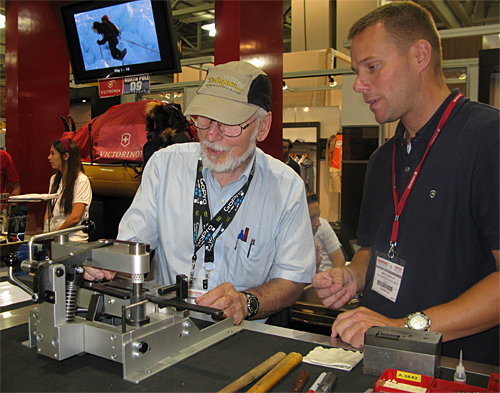 Me carefully assembling my multi-tool's blades and instruments: 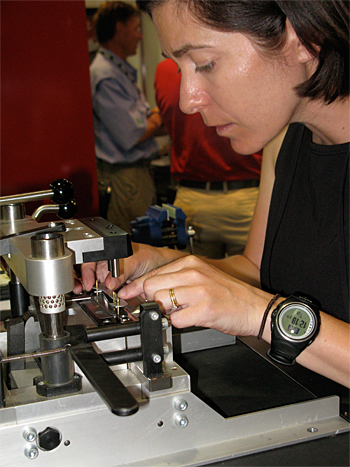 Nipping off the ends of the pins: 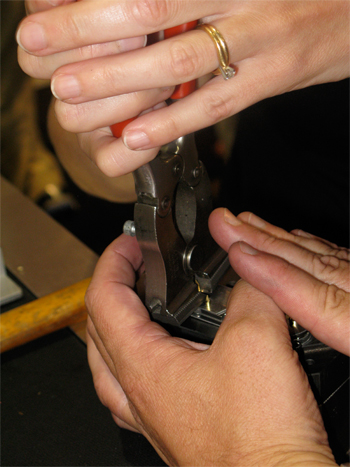 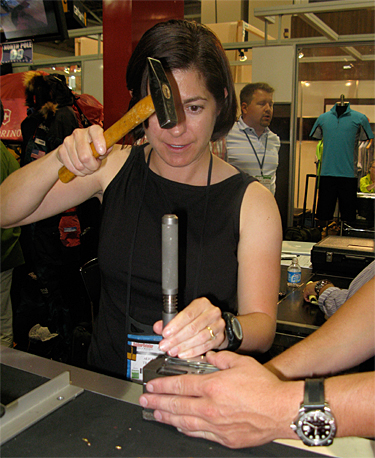 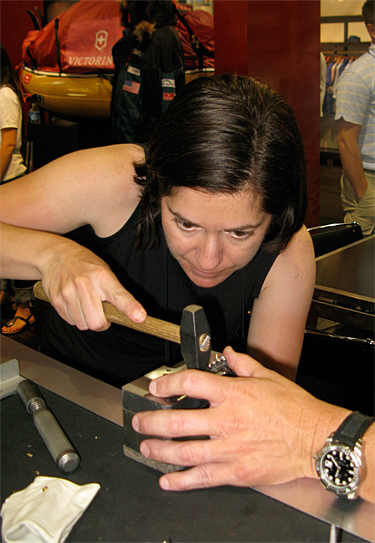 Signing and dating the inside of my knife, right before applying the handles: 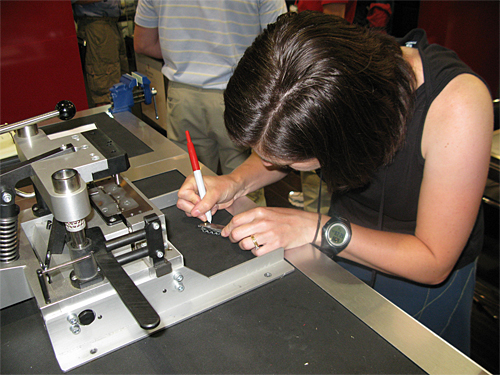 Tightening on the handles with a vise: 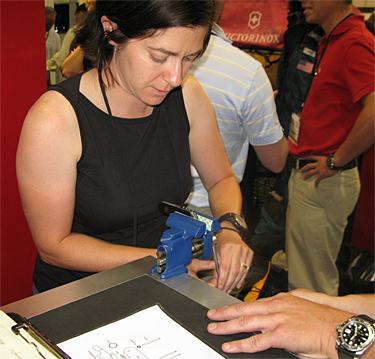 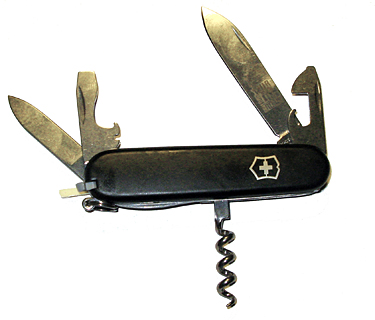 Call me a gear geek, but it was pretty awesome hammering away at my own multi-tool in the middle of the Outdoor Retailer show floor. This was a gear and show highlight for me, and for Bill, though I'm sure any bungling of mine voided the usual Victorinox lifetime warranty.

Besides the fact that the last step of putting on the key ring may be the hardest part of building the Spartan by hand, I learned a few other things from Ordway: Victorinox makes 34,000 knives a day. Some of the larger, thicker models must still be made by hand. Some of the machines used to make multi-tools in the factory are similar to the one we used, but bigger and with a foot pedal instead of a hand lever. And, each time Victorinox designs a new knife they must also make new machines to produce that knife.

You can watch most of Bill's hand-assembling in the video below. It starts shortly after he inserted the four pins into the machine:

I love the photo of you where you are about to give the knife a good whack with the hammer, great facial expression.

Now that would be worth doing. Thanks!

This is my favorite blog post to date in my two forays to OR.

Yes that was nice. When looking at the contempt smile on Bills face I'd say he had a good time too. If it were not for the grey beard, he somewhat resembles my grandson of 6 when he assembles space lego. Boys will be boys, no matter the age.

But victorynox makes good knives! I have my pocket knife on me always. And the only time in airplanes where I must be without it, I feel naked.

Nex week my holidays starts, and I'll be going to the "homeland" of victorynox for five long weeks.

Thanks everybody! It was really cool. I was super excited, and yes, quite intent on the process. I didn't want to screw up my big chance to make a knife and there were a bunch of people watching too.

I've already used my knife a few times. It works!

Good job. I would love the chance to do this....

You guys get to have all the fun. Way cool.