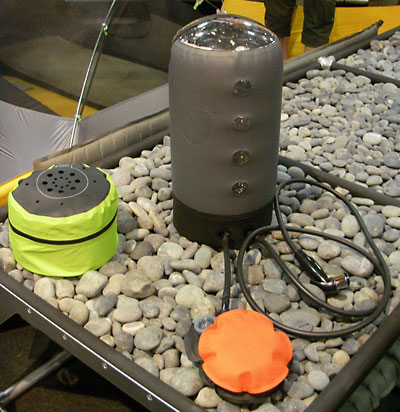 NEMO pressurized shower: packed on left, ready for use on right.

The late canoeing guru Bill Mason once said it shouldn't be called camping, because that connotes hardship, but "living outdoors."

Two companies at this week's Outdoor Retailer show, NEMO and Exped, are designing, from a personal level, outdoor products for living outdoors.

Although an experienced climber, Cam Bresinger, founder of NEMO Equipment, has friends and relatives who eschew the imagined hardships of camping outdoors.

Bresinger was inspired to produce the Helio pressurized shower to clean off the day's dirt and sweat and entice more people to experience the outdoors like home.

Camping showers can be heavy and difficult to lift when filled with water. You also need a convenient tree branch to hang them on.

Bresinger and his team designed the Helio pressurized shower utilizing the same inflatable technology NEMO employs on its air beam supported tents. With an 11-liter capacity, the cylindrical water container provides enough water for a seven-minute shower, and is pumped up using a foot pump similar to the Nemoid for NEMO's air supported tents. There is a conveniently long hose and spray head. Folded down, the Helio is a cake-shaped 8-by-5-inch package. 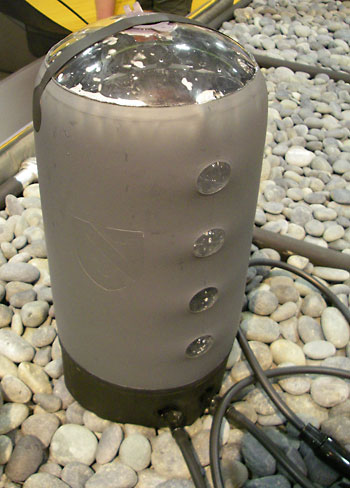 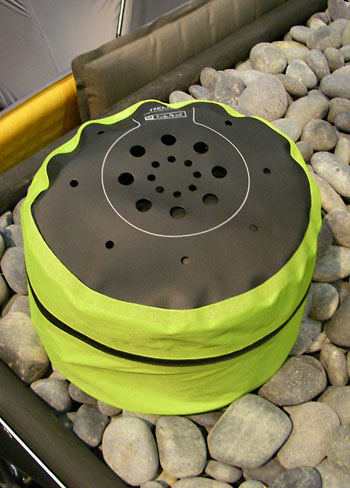 Founded by Heidi and Andy Brun in 1983, Exped was originally a Swiss distributor of outdoor products. But when no one made the products they wanted, the Bruns started designing and making their own gear. To solve the issue of sleeping comfortably outdoors, Exped took an old concept and rearranged it. 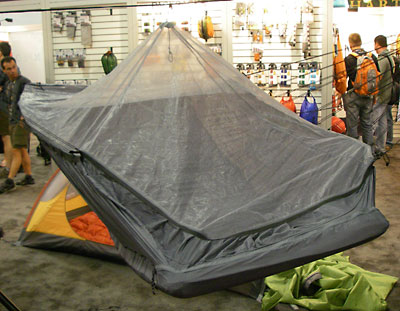 Hammocks have been around for a long time, but sleeping in a bendable bed can leave you waking with a bad back. Exped looked at hammock design from a new angle, and made its Ergo Hammock Combi asymmetrical.

The Ergo Hammock Combi is a one-person hammock system that uses a unique support web that allows the occupant to sleep flat.

It has both a rain fly and mosquito netting, and there's a double pocket underneath the hammock's bottom to hold a sleeping pad for insulation or for extra storage.

Kaj Bune, Marketing and PR guy for Exped in North America, is also an avid coastal paddler. He sees a use for the Ergo Combi when exploring the rugged and often bushy coastal areas of the Pacific Northwest. Travelers to tropical areas, where sleeping on the ground is often an invitation to nasty creepy crawlies, also may appreciate this hammock.

At 60 ounces and a packed dimension of 18 by 6.7 inches, the Ergo won't take up much space in your pack. Last month it won a Gold Award at the OutDoor show in Germany.