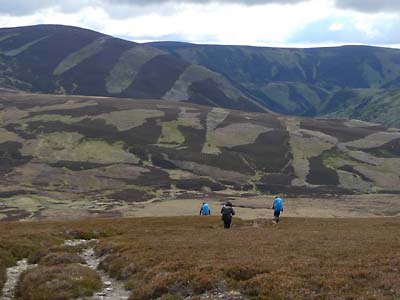 In 2010, I participated in an annual non-competitive backpacking event called the TGO Challenge, where participants hike across Scotland from the west coast to the east coast over the course of 15 days. At 173 miles, it was the longest backpacking trip I'd ever taken, and proved to be a life-changing experience for me. Held every May since 1980, the event is sponsored by The Great Outdoors (TGO)—the UK equivalent of Backpacker Magazine—and gear manufacturer Rab Outdoors. 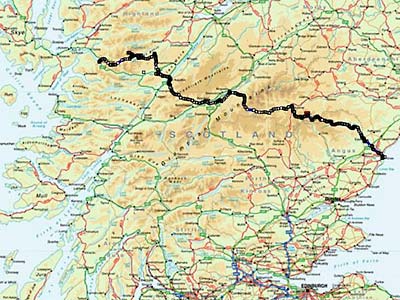 Each year 300 participants—known as challengers—attempt the crossing, which must be done completely on foot. Most of the hikers who participate in the TGO Challenge are from the UK and Europe, but there are a half-dozen hikers each year from the United States. While I'd hiked in the Scottish Highlands before the Challenge, I was inspired to participate by Chris Townsend, a long distance hiker and member of the TGO editorial staff, who befriended me during my planning process. I've read many of Chris' books about hiking and his involvement was a big draw.

All challengers are responsible for planning their own routes. Unlike the United States, there are no continuous trails to follow, and hikers must be experienced navigators to safely hike through unpopulated mountainous terrain. Property access laws in Scotland permit anyone to cross or camp on private property, making true cross-country routes feasible. 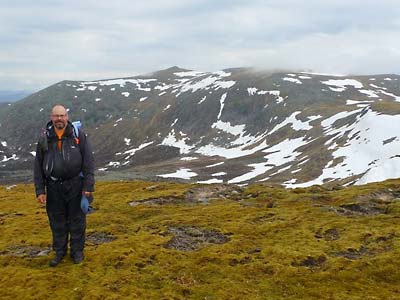 As a first time challenger, my route was a low level one for safety reasons, with only about 20,000 feet of elevation change end-to-end. More experienced challengers, who return to participate year after year, take high level routes, often bagging many high peaks, known as munros, that are 1,000 meters or higher in elevation. That might not sound high to U.S. hikers, but the mountain climbing in Scotland is absolutely world class, exceedingly rugged, and not to be underestimated.

While many challengers hike their routes solo, groups of up to 4 people are permitted. I walked by myself most of the way, but the Challenge is a very social event, and it's not unusual for challengers to run into each other at remote pubs or camp together when their paths cross. 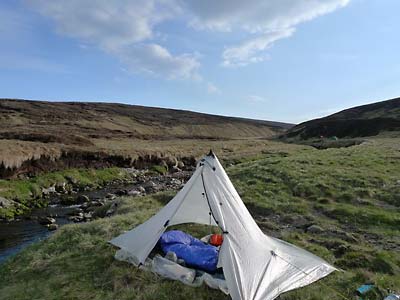 Camping at Shielin of Mark

I spent close to a year preparing for the Challenge, planning different routes, and tweaking my gear list to be as lightweight as possible. In the process, I got a lot of advice from more experienced Challengers, who I subsequently met in person, and with whom I maintain close contact. While the experience of hiking coast to coast across Scotland was magnificent and sublime, the fellowship of those hikers is the first thing I think about when I remember about the Challenge and something I'll treasure the rest of my days.