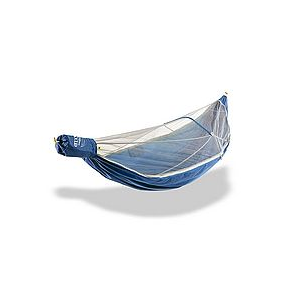 Best camping gear you can buy, whether it's to be used for backpacking or just chilling at the campsite. Great for taking naps in and every time I jump in mine it feels as if I'm floating on a cloud. I take it everywhere I go!!

Not a whole lot of storage space, but there are attachments you can buy to keep your things off the ground. The hammock is great for storage, in the end it all wraps up in a small ball.

I've been using ENO products for over four years now. Until now, I've used their excellent Bug Net for insect protection. It's been a great product with no real design/quality issues.

The only negative would be its contribution to the complexity of the setup. Even that is a minor issue.  However, when the Jungle Nest hammock was introduced, I was eager to try it, and see how much easier my setup would become. It did indeed simplify my setup and reduce the time it took to get settled as well.

It has some very nice features, one being the ability to adjust the net height from inside the hammock.  Another nice feature is the ridge line for the net. It has pre-existent loops, tied with prusik knots, to which the net clips are attached. The prusik knots allow for easy front to back positioning of the net, but keep the positions in place once they are set.

The old Bug Net surrounded the hammock completely, which allowed the user to sit up in the hammock and dangle his feet over the side. As the Jungle Net hammock has its net sown to the top ridge of the hammock, that is no longer possible. Exit/entry are quite easy though. The zipper slides easily, so a late night nature call is pretty simple.

I took the Jungle Net on a recent backpacking trip, and I really have nothing negative to say about it. While it does compromise the ability to use the hammock as a chair with complete bug protection, as was the case with the old Bug Net, the simpler, and faster setup more than makes up for it. Pack size is about the same as the DoubleNest/Bug Net together, so the room it takes up is a wash. 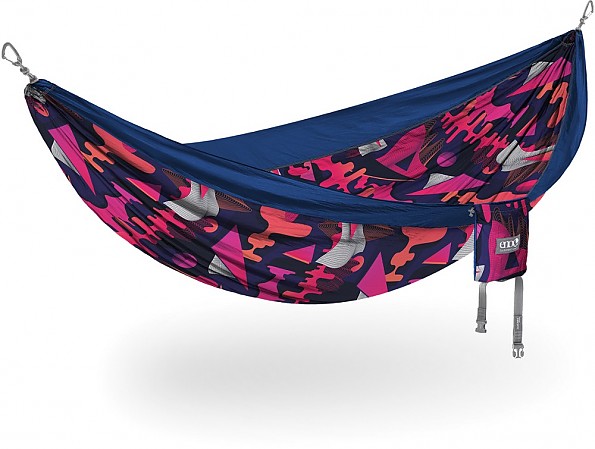 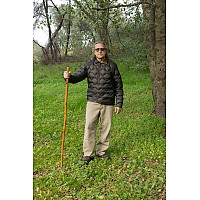