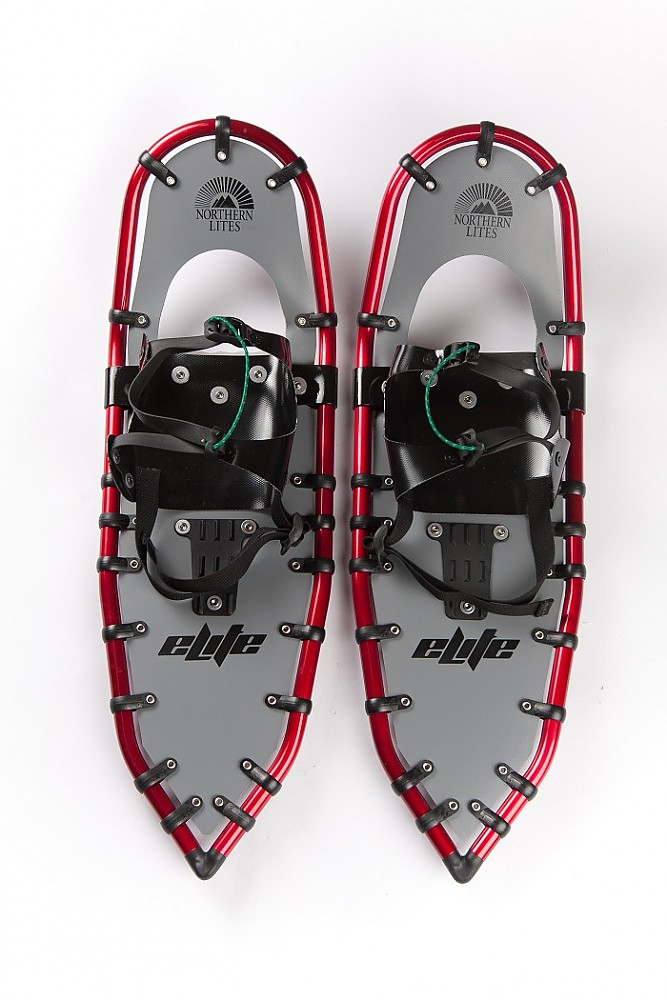 
NOTE: The Elite now comes in international orange instead of bight yellow as shown in the picture.

While the international orange Elite is a full-sized mountaineering and backpacking snowshoe with an aggressive crampon system, it is also the premier racing snowshoe due to its incredible light weight. The 25" Elite actually weighs less than many undersized and under built specialty running snowshoes! In 1996, 1997 and again in 1999, Mark Macy won the grueling, 100-mile Iditashoe snowshoe race on Northern Lites Elites. Snowboarders will also love the climbing performance of the Elite, and at only one-half the weight of ordinary aluminum frame snowshoes, you'll have plenty of energy left over for the ride down. 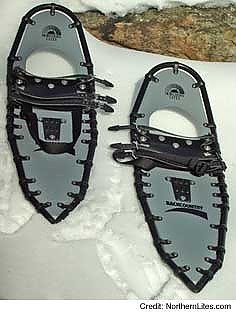