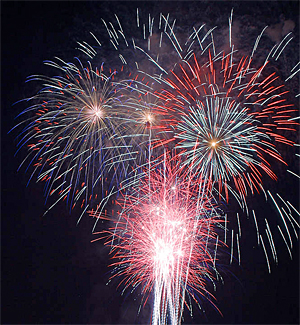 That monumental review by XterroBrando was for the ever useful, ubiquitous, common spork. That's right, the spork, the utensil popular from campfires to cafeterias. And not just some fancy-dancy titanium model, but a basic fifty cent number by Outdoor Products bought at Wal-mart (he gave it four stars).

As Brandon said when I told him he was the 20,000 Reviews Contest winner, he wished he'd had had the chance to use and review his new GoLite Shangri-La tent, but "even sporks deserve their moment of fame."

His son wonders why they use separate forks and spoons at home when there are sporks.

We'll give everyone more info on Brandon and his gear winnings in the next few days. We'll also be handing out many gear prizes to members who've submitted gear reviews, as well as the writers of the most useful recent gear reviews.

In the meantime, you can find reviews on sporks, sleeping bags, stoves, and survival gear in Trailspace's Backcountry Gear Guide. Or write your own review.

His son wonders why they use separate forks and spoons at home when there are sporks.

I've wondered that myself!

Thank you F klock. He's also asked my wife why we would stay in a resort hotel at the beach when we could camp there instead. That's my boy!

Both curious questions? I always camp when I travel, unless I am in such a huge place that the wilds are too far from my planned areas.

Yes, Trailspace was launched in March of 2001.

That means we're almost 10 years old and we'll soon have another milestone to celebrate!

Finally got that dream tent the Shangri La 2 BNWT's. Love it (in my back yard at least). Can't wait to test it's limits (and mine) this Winter.