Skiers in search of backcountry gear will find an abundance of new and updated equipment at the Outdoor Retailer Winter Market trade show. To get started, check out these ski and ski-mountaineering gear highlights from Arc'teryx, Black Diamond, La Sportiva, Gregory, and Osprey. 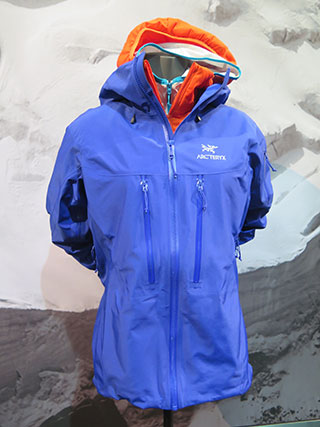 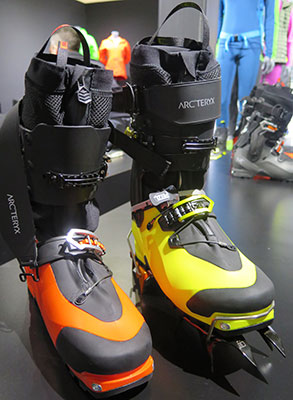 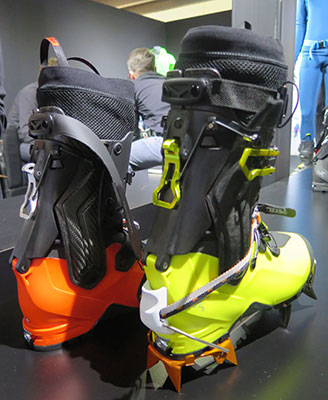 Skiing into an ice climb? Combining a mixed ice/rock ascent with a technical ski descent? You'll only need one pair of boots with the hybrid Procline boot from Arc'teryx.

The company’s first ski alpinism boot claims all the features of a classic alpine climbing boot, including crampon compatibility, with those of a lightweight ski mountaineering boot. The Procline features a two-piece carbon fiber upper cuff system that rotates vertically (75º) and laterally (23º / 12º) and comes equipped with Dynafit certified pin inserts. 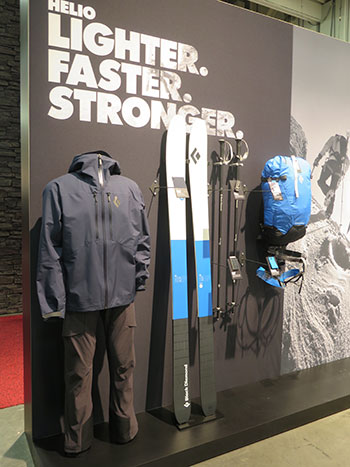 The Cirque 30 and 35 ski packs feature a clean and simple design and come in AvaLung-ready versions. The Couloir mountaineering harness has been upgraded with compact Fusion Comfort Construction and a Speed buckle to drop 16 grams. 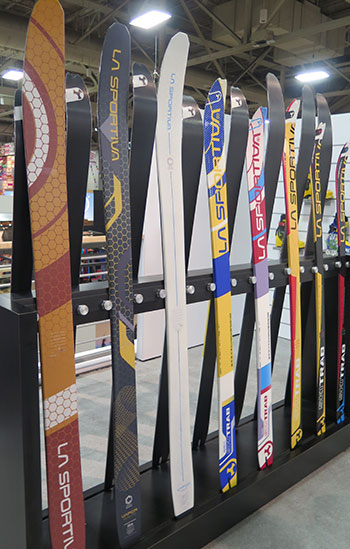 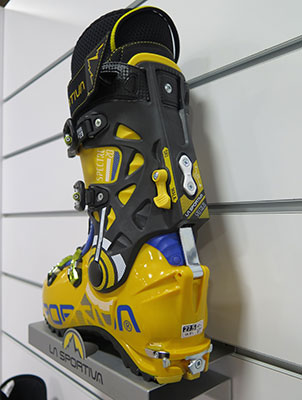 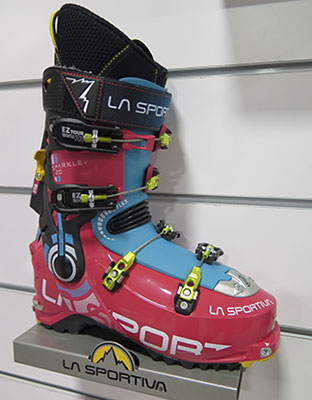 Both boots are compatible with all tech, step-in, and SkiTrab TR2 bindings, and are the first ski boots to do so (MSRP $679). 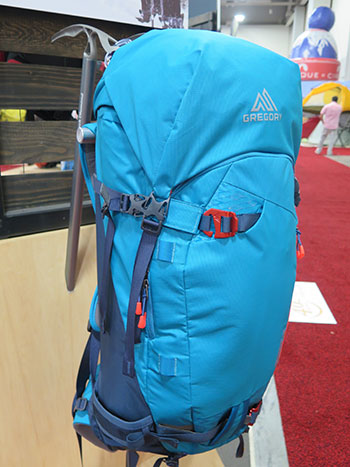 Gregory has updated its Targhee ski packs for winter 2016. The updated Targhees will come in three sizes—26L, 32L, and 45L. It feature Gregory’s Verteflex suspension for load transfer, torsional flexibility and range of motion while skiing, and increased abrasion resistance.

“We’ve worked with athletes across several continents to simplify and lighten the ski-carry systems, while maintaining the versatility and the reliability we expect in the backcountry,” says John Sears, VP of Product Development & Design at Gregory ($169 to $209).

It seems no one is interested in equipping ski trekkers anymore.  All the boots are too heavy, packs too small, and where is the three pin BC stuff?  Nothing new to my lament; I haven't seen much to get excited about since the late 1980s.  Instead it is more and more geared to the Randonee/heli/snow cat/cappuccino skiers, and perhaps folks doing day trips on a peak.

For instance: a visit to BD's web site merchandises only one tele binding, and it is the cable style.  No three pin here.  The skis are all several pounds heavier than my old boards, and configured for corduroy, powder and perhaps corn; not the crust, boiler plate and crud more commonly encountered in the BC.  The packs are about 1/2 the volume needed for week+ excursions.  God help you if the trip additionally requires rope and rock hardware.  This is more or less the state of affairs across most brands.

To a large degree I feel these manufactures have lost momentum and are merely marketing image and style.  Gregory touts it has worked on lightening its "ski carry system".  Really, a system?  I do believe we are talking about a couple of straps on the side of the pack - like that has never been considered before.  Someone must have slipped shrums into Madison Ave's tea...

Please someone show me otherwise, as my gear is now the worse for wear and in need of replacement!

I think what you are seeing is two things. First, an expansion of the definition of backcountry skiing and second an industry focus on downhill portion of ski touring.

At this point there are 2 types of backcounty skiing; Nordic style BC or cross country (XC) skiing, and alpine touring (AT).

The equipment you describe falls more under the definition of backcounrty XC. In this environment, three pin binding/boot setups are a great option along with skis that are better designed to deal with variable conditions and long traverses. The gear is lighter so that you can either carry more during extended expeditions or so that you can cover more ground on a day trip.

I personally use a set of scarpa three pin boots with rottefella cable bindings on Karhu skis when I go cross country skiing around the whites. I like the support and stability they provide.

The equipment Alicia writes about from BD, Gregory, etc is designed for Alpine Touring. The difference between the two sports is that alpine touring has a down hill focus. The boots are heavier to protect the ankle and provide energy transfer to carve on steep inclines. The bindings are similar to those you will see in the front country slopes because you want to have the ability to release in a fall so your ski does not stay attached to your foot causing severe injury (something the three pin bindings cannot do). The skis are wider to provide more float on both the skin track on the way up and to allow for turning ability on the snow on the way down. The packs are smaller because they user is only out for a day trip meaning the amount being carried is less and you need a low profile pack to help with balance.

When my wife and I head into the backcountry for some AT skiing our destination is the higher peaks where we can ski the glades and snowfields. The pitch we are skiing is more similar to that of resort skiing rather than the rolling hills we explore on our cross country set ups and our equipment is more inline with that which Alicia describes.

The best analogy I can come up with is mountain biking. There are mountain bikes that are built for cross country riding that have knobby tires, suspension, and a lightweight frame that allows the rider to traverse rolling hills and paths with ease. There are also mountain bikes that are designed to go on downhill courses. These tend to be a little heavier, with bigger tires, longer suspension and more bulk overall. But this set up provides the rider with the ability to control the bike at higher speeds in rougher terrain. Both bikes I describe are Mountain Bikes and are used to go mountain biking. You can ride either bike in either terrain but they are each designed to do something different.

You are correct that the industry has shifted its focus to more of the AT style skiing but there are still a lot of manufacturers producing the equipment you describe.

On my winter trips I've run into a lot of folks on the AT skis traversing the Pemi. A few on XCs, but in the mountains folks really seem to have moved to ATs. For their size they seem to move pretty well on the flats, at least on the broken out trails, even if they do look odd. I can totally see where they'd come in handy coming down from Thoreau Falls :)