The milliJoule Cooking System has been discontinued. If you're looking for something new, check out the best compressed fuel canister stoves for 2022. 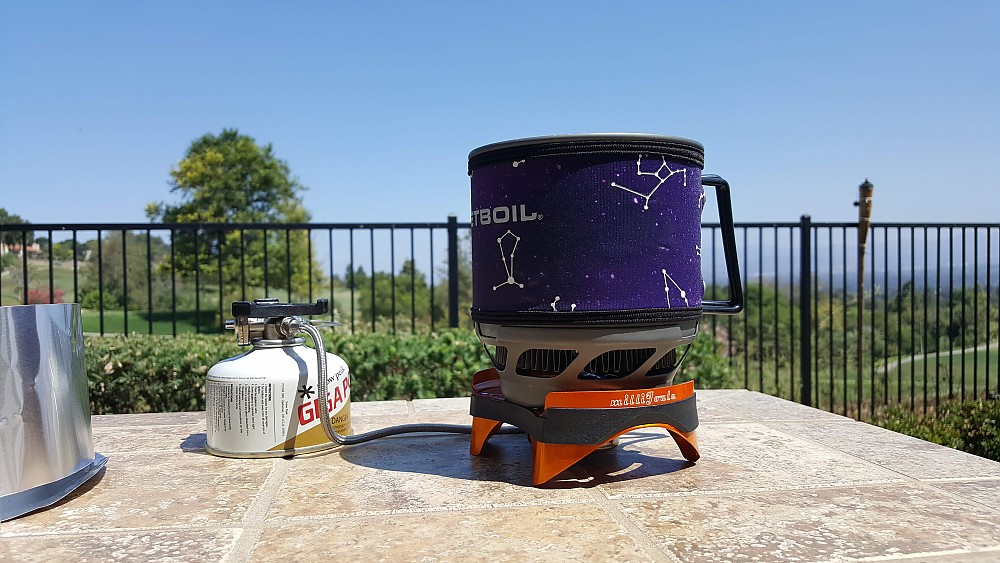 Best thing about this stove is that it can be used with the fuel inverted for cold weather (below freezing) or at high altitude (+12k).

I bought this to replace using a white gas stove.

Very simple setup—connect regulator to canister and you're ready to go. No need for any priming or pumping!

Works great with the canister upright, just like any other JetBoil you can easily simmer with this in this configuration. When it gets to cold or you're too high for the isbutane to work (liquifies), stove works inverted. But when you're inverted, it's like a WhisperLite, full burn only! You can sort of simmer by constantly adjusting the fuel up and down, or holding the pot or pan higher off the flame.

Speaking of pot, JetBoil only recommends the pot that came with it. There are no pot/pan supports that you can use like with the MiniMo or Flash. BUT, you can use any pan just by holding it over the flame. Awkward but doable. Some people have reported the plastic trim melting as well as the ignitor. I have not had this problem. I'm very careful not to have the flame on full blast that it shoots out the sides of the flux ring. Nevertheless, Jetboil should just get rid of the plastic trim, it doesn't seem to have any function other than looks.

I would say this burner boils faster than a Flash, and about the same as my MSR Windburner. It might be a bit more efficient as a result.

Comes with a windscreen, haven't used it. It works the same as those for liquid fuel stoves. Just a cylinder of bendable aluminum. Never used the windscreen on my WhisperLite either though. Finding a sheltered spot makes things a lot simpler.

It definitely is more stable than other canister stoves that sit on top of the fuel. It sits low to the ground with no legs. Largely impossible to tip over.

It packs small as everything, including a canister of fuel, fits within the pot. Stove plus 110g fuel canister is easily lighter than WhisperLite with 11oz bottle of fuel.

It's pretty lightweight and has held up well to six months of use. I'll update when we get to 1 year.

It's a less volatile and easier to use alternative to a liquid fuel stove. No pumping or priming. No towering inferno when lighting. Big advantage is also no more soot of the stove or pot!

I don't think it will last as long as a WhisperLite. Those things are bombproof, but heavy and can't simmer. Since this can simmer with the fuel used upright AND be used inverted, I don't see much use for my WhisperLite now. 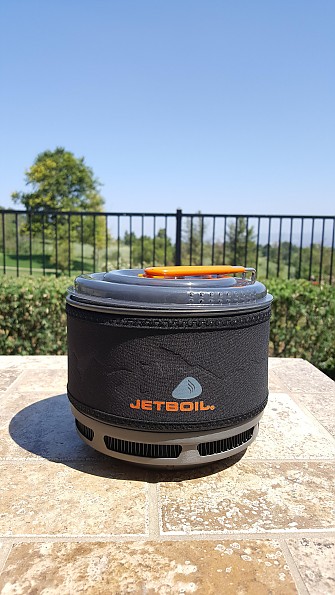 Everything in the pot 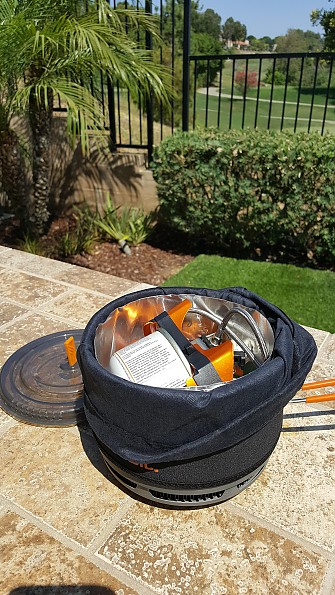 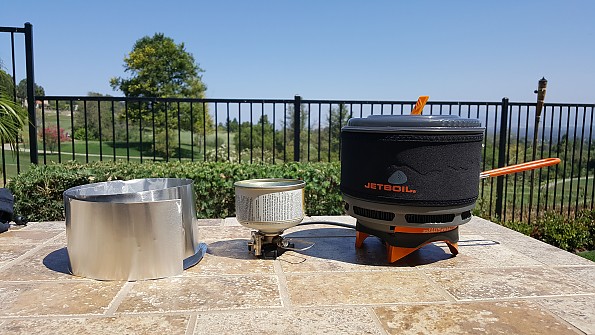 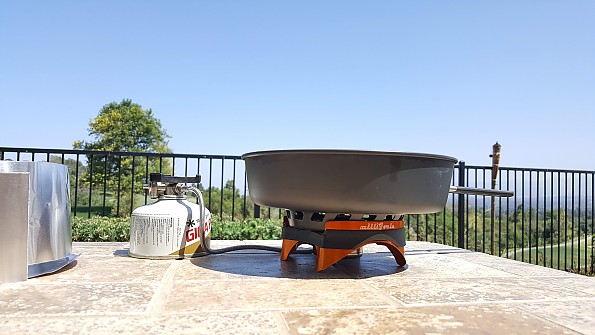 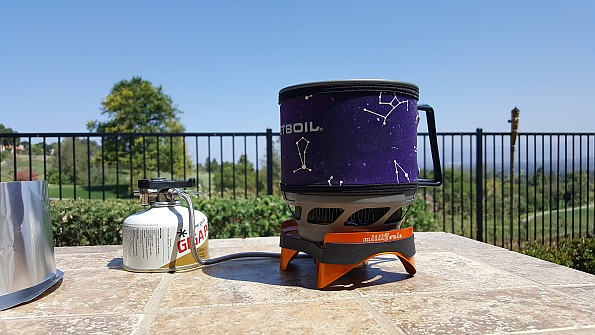