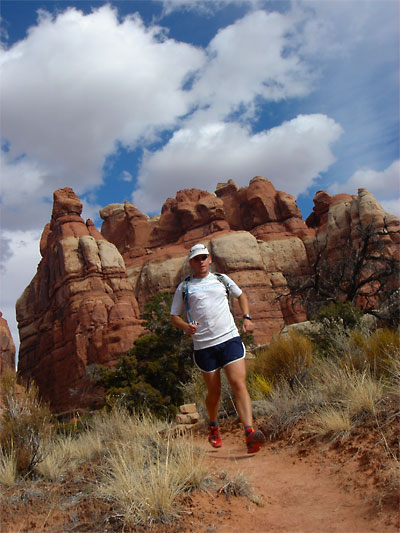 Last week we caught up with Bryon Powell of iRunFar to talk about the growing popularity of trail and ultra running, best and worst ultra moments, picking a first race, coaching tips, and his book Relentless Forward Progress.

This week, in the second half of our Q&A with Powell, we talk about his favorite running gear, barefoot and minimal footwear, product testing and reviews, and what inspires him on the trail.

Powell is Runner-in-Chief at iRunFar, a Contributing Editor at Trail Runner magazine, and author of Relentless Forward Progress: A Guide to Running Ultramarathons.

Do you have any favorite running gear?

No. The curse of being a gear tester is that there’s always some new piece of gear that I’m running with. For training I mix it up. For race days I go with whatever pack or system that’s been working with me of late. It’s definitely about comfort. I’m a gram counter usually, and if I have two equal packs I’ll go for the lighter one.

For races where I can get away with it, I’ll just carry one handheld bottle and a waist pack with a little pocket and a bottle. For a race like Mont Blanc [Ultra-Trail du Mont-Blanc], you have a bunch of required items for safety so I’ll carry a 10-liter pack. 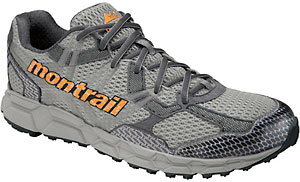 I’m going to say nay for ultra running. Michael Sandler contributed to an appendix of my book [Relentless Forward Progress]. He's a barefoot runner, wrote a barefoot book, and he runs in barefoot style shoes. But for ultras he will add low-heeled, minimal "real shoes" for ultra distance stuff on trails. Your feet will appreciate protection!

What do you think of the minimal trend in footwear, lightening up all around?

It's awesome. I'm excited about all the minimal footwear coming out, really pushing the envelope. I was disappointed for a year or two though that no one was pushing that technology into real shoes. Now there are a lot of 8- or 10-ounce trail shoes that have rock protection, have an arch, have a normal heel to them, have a normal heel-toe drop in them.

I ran Western States in a 10-ounce "real shoe" [Montrail Bajada] and I didn't feel like I was sacrificing anything compared to the 12-ounce shoe I was wearing a couple years ago. I wore it again at UTMD [Ultra-Trail du Mont-Blanc]. That's really exciting to me. They're more breathable. They're lighter. I'm very psyched about those kind of shoes.

Any other ultra gear you’re psyched about? 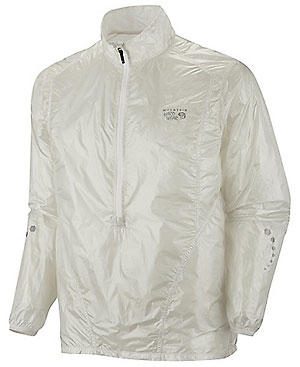 A lot of companies are lightening things up. Mountain Hardwear came out with the Ghost Whisperer Jacket that weighs 1.8 ounces.

For waterproof gear, which I generally don't use when I race unless it’s looking really nasty, those jackets are lightening up so quickly while keeping features. The technology in fabrics is allowing huge advances in shoes and apparel. And hats too — everything!

Any favorite foods or fuels?

I'm a boring ultrarunner. I eat a GU energy gel every half hour and a sports drink. If at the end of the race they have a bottle with flat Coke in it, I'll have some, but otherwise, I'm pretty much a water-sugar kind of guy.

How much should runners carry in an ultra race with aid stations?

For Western States, I had one handheld. I had a waist pack that weighed less than an ounce and held another water bottle and had a little side pocket with three gels and a little vial of salt, and that's all I carried. And, I had a headlamp at night.

You write and publish many gear reviews. What makes a good one?

Honest feedback. Some running websites out there, every product they get is a positive review, just singing the praises! That's not a good gear review. You’ve got to tell where a product works and where it doesn’t.

Ever have something blow up on you?

I'm very highly selective of what I test. I try to stick to the stuff that I would recommend. If I have a pair of shoes and I try them once or twice and I don't like them, they go in the giveaway pile. And that's that. I have no problem doing that. It's just being selective. There's not really much of a point in bashing another product. 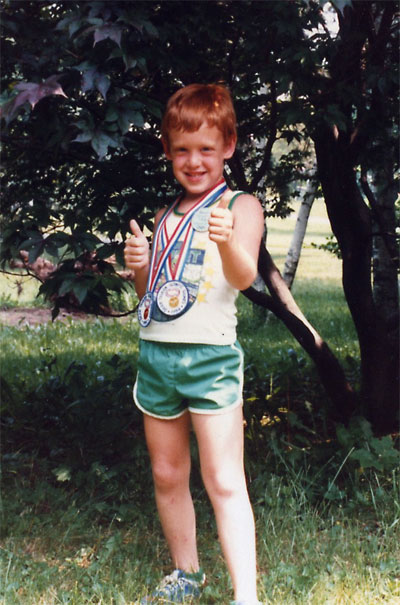 What are your goals, as a runner, writer, person? How do you want to make an impact?

I really want to help people enjoy trail running and ultra running, make people more aware of it. But, for those people that already are, my book was trying to shorten that steep learning curve. And in writing about gear on my website [iRunFar], it's about telling people about a product, what it’s good for, when it’s good for, so they don't end up wearing a Gore-tex shoe on a summer day when it's not going to rain.

Personally, I'm excited. I haven't trained all that significantly in the last couple years and I want to find out what I'm capable of. I think that’s what I want for others as well. To enjoy those moments. There have been a couple of moments during Western States when I felt as if I'd just walked out the door. And that's going to be different for other people.

Beautiful places are number one. Of course, I get to visit such places pretty often.

I'll get lost in my thoughts where running is just a breeze. I long for those days and I truly enjoy them when they come.

If you missed last week's Q&A with Powell on Ultra Running and Relentless Forward Progress, read it now.

Have you read Powell's book Relentless Forward Progress? Tell us what you think of it in a review. Or write your own ultra and trail running gear reviews.

I don't run as much as I used to but I can totally relate to "just floating along". I love those moments where it really does seem like you are being propelled by something other than your own power...it's a really neat feeling. I first experienced it a few years ago and it was like I was running with someone else's legs and I was free to look around and think as if I were a passenger in a car.

Funny, I rarely feel that way on a long backpacking day but often get that on long runs.