The Lure of a Long Trail: Planning a Thru-Hike (Part 1 of 4) 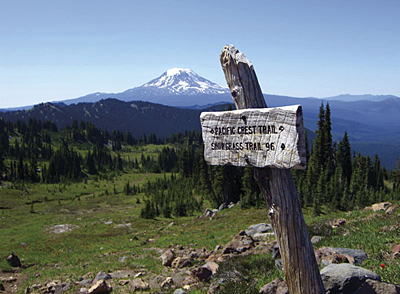 Are you considering or planning a thru-hike for next year (or even just for “some day”)? Sorting through a deluge of advice and wondering which to pay attention to? Successful backpackers can tell you what really matters.

Thousands of people set out every spring to hike one of America’s long trails, such as the Appalachian Trail, the Pacific Crest Trail, or the Continental Divide Trail. Bright-eyed and bushy-tailed, they anticipate spending the next five or six months traipsing through woods and over mountains, earning bragging rights that will last them all their lives.

Come autumn, only a relative handful of these eager souls will finish the trail. The rest will drop out along the way.

What makes the difference?

Answers to that question from hardcore backpackers and successful thru-hikers vary widely. What works best in terms of physical training or gear choices is very individual. Even then success isn’t assured for anyone: even the best-prepared backpacker’s plans can be thwarted by a stress fracture or an early-season snowstorm. But Triple Crown hikers — those who have completed all three of those long trails — generally agree on certain characteristics essential to success, especially preparation, perseverance, and flexibility.

Those are also the keys to enjoying shorter trails, such as the 211-mile John Muir Trail in the Sierra Nevada, the 165-mile Tahoe Rim Trail in California and Nevada, and the 273-mile Long Trail in Vermont, the oldest long-distance footpath in the United States. All are terrific ways to prepare for a longer trek.

The 2,178-mile AT is the most popular of the long trails. (Image courtesy of ATC)

By now, people planning to hike the Appalachian Trail (AT), Pacific Crest Trail (PCT), or Continental Divide Trail (CDT) next year should be deep in the preparation stage. The first choice, of course, is: which trail?

Having chosen his or her trail, the wise backpacker investigates all available resources, including websites, books, magazines, and trail journals (see resources below). He or she may attend programs to learn or review specific skills (map and compass reading or first aid, say), or interview successful backpackers in person or online. Then he begins buying gear and getting into shape. These two chores are best begun many months before a thru-hike starts. 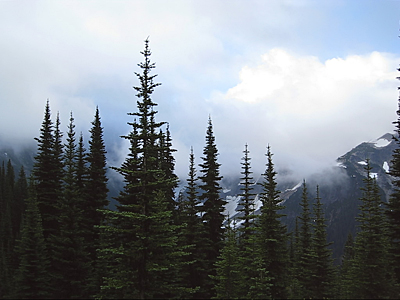 Wise thru-hikers preparing for cold, wet weather choose the lightest-weight gear they can afford before heading into the mountains. Here, snow clings to the North Cascades even in July. (Photo by Gary Chambers; click for PCT videos)

Triple-Crown hiker Jackie McDonnell, better known by her trail name Yogi, says the best way to keep pack weight at a minimum is to keep gear at a minimum and get the lightest version of each item that you can afford. (Unfortunately, the lowest weight tends to correspond with the highest price, for everything from cook pots and tent stakes to ice axes and sleeping bags.)

On the other hand, since Yogi frequently changes her gear, even on the trail, her most important item may be the “800” number for REI stores. “I could order anything and get it at the next town,” she said.

Of course, the bare essentials differ from one person to another. Karen Somers, known on the trail as Nocona, wouldn’t step foot in the Sierra without her RailRiders Eco-Mesh shirt (proof against biting insects and sunburn) and a mosquito head net. John Muir Trail veteran Alice Bodnar found a comprehensive foot care kit was the most valuable item in her pack. My favorite possession is my MSR PocketRocket stove. Ask other thru-hikers, especially those with similar hiking styles to yours, what worked for them. 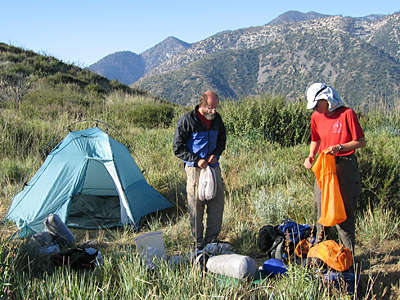 The author (right), husband Gary Chambers, and their Eureka! Zeus 3EXO tent in the Southern California desert during their family’s 2004 PCT thru-hike. (Photo by Mary Chambers; click for PCT videos)

On the other hand, plenty of backpackers give little thought to mosquitoes, blisters, or cooking on the trail, and do just fine. But the successful ones agree that a shelter of some sort is crucial, preferably a lightweight tent.

A sheet of nylon might be enough for the ultra-light crowd, but for most people, a tent is best. It keeps out rain, snakes, mice, and mosquitoes, and it gives shelter from the wind and the cold. It gives you a place to stow your belongings and organize your stuff when you camp with other hikers. And a tent provides one more thing that’s often in short supply on the trail, especially the more popular ones: privacy.

Whatever gear you choose, familiarize yourself with it and break in any footwear before your thru-hike begins.

As with gear, advice for getting into shape is all over the map:

What it comes down to is building up your strengths and skills, discovering your weaknesses, and then acting on what you’ve learned. Try to fit in at least one backpacking trip of 10 to 14 days that includes terrain similar to the harder parts of your chosen trail a few months or even a year ahead of time, and take several shorter trips as close to your anticipated hike as possible.

If you plan to travel alone, then practice alone. There’s a huge difference between going alone and being with another person. Until you actually do it, you don’t know if you can hike to your backcountry campsite all by your lonesome, set up your tent, and then actually get a good night’s rest despite all the strange noises emanating from the dark forest.

And if you do have a prospective hiking partner, be sure to practice with him or her. There’s a popular misconception that you can advertise for a hiking partner online, meet up with this person for the first time at the trailhead, and by some miracle you’ll both have the same goals, hiking style, daily mileage capacity, ability to deal with the weather, need for rest days, and so on.

Yogi is adamant: “Never agree to hike with a partner.” Unless the partner is a spouse or significant other — and someone you’ve done a lot of backpacking with already — don’t do it. Instead, start on your own and you’ll soon discover fellow backpackers who will make good companions for a section or even the entire trail.

Up next, Part 2: What am I doing out here on the trail? And what am I going to eat?

Resources for planning an AT, PCT, or CD thru-hike include:

(Check online and with other thru-hikers for additional publications and resources, as new material is published every year.)

“Planning a Thru-Hike: Part 1”: tips on choosing a trail, gear, training, and resources.

“Planning a Thru-Hike Part 2”: What am I doing out here? And what am I going to eat and drink?