Bizarre OR (or don't take it all too seriously)

Walking mascots, odd gear, the occasional scantily clad "baselayer" model — sometimes things at Outdoor Retailer make your head swivel involuntarily. Here are a few surprises from the Winter OR trade show last month. Sorry, no underwear models below, though we did feature one from Icebreaker last year. 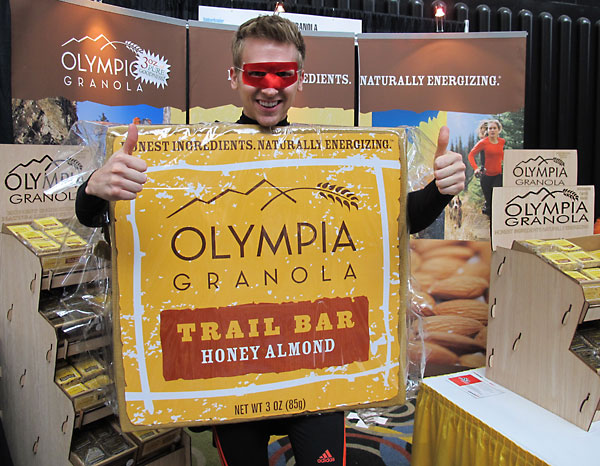 It's Olympia Granola Guy! Minnesota energy bar maker Olympia Granola featured one of the best mascots at OR. The granola guy is actually Jon Walburg, who said that when he took the costume off at the show and talked to people, they had no idea it was him, the granola guy. This amazing costume even featured a full cape, though no actual granola. 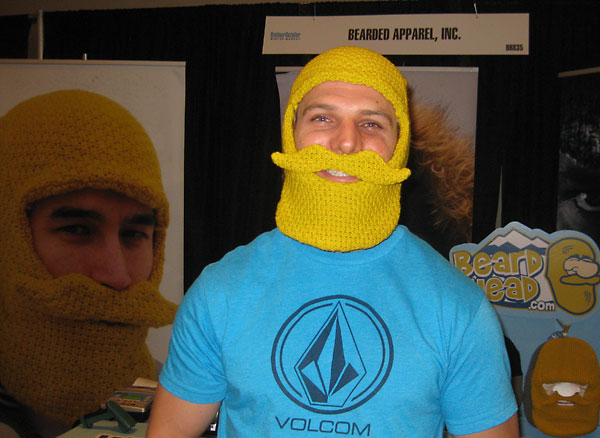 One would think that bearded men were represented well enough in the outdoor recreation crowd. Now, not one, but two separate companies are offering warm, wearable beards for those who can't or don't want to rock natural beards. In Beard Head's Viking model above, note that the bearded knit hat not only covers the head, but also includes a large mustache. Beard Head also offers Lumberjack, Pirate, Grandpa, and other models. 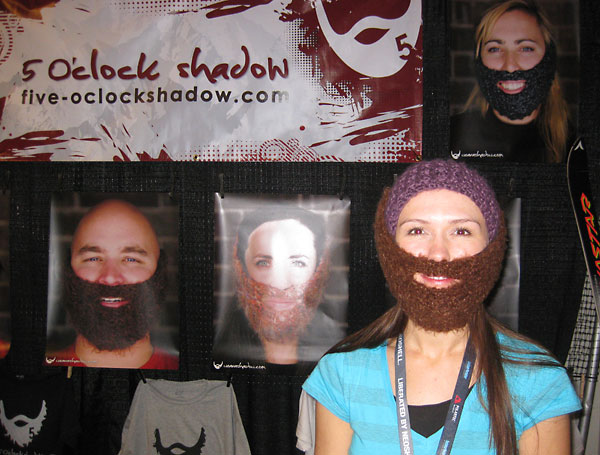 For those seeking a less comprehensive beard solution, Five O'clock Shadow offers lighter, more conservative hand-knitted beards in a variety of sizes, weights, and colors. Note that these beards do not feature the extensive mustache of the Beard Head beards and the neck portion is slightly less bulky. Also note that the model here is, due to reasons of gender, sadly CB (congenitally beardless). Now Five O'clock Shadow (slogan: "now you're a man") has come to her rescue. 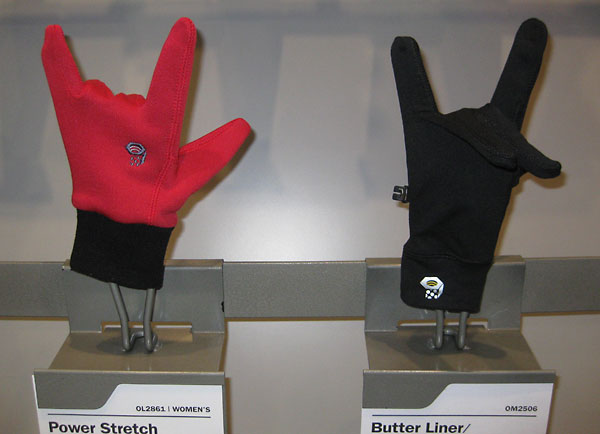 While OR is a bustle of work activity, for some 4 or 5 p.m. signals "beer-o'clock." That's when many wind down a long day filled with meetings to socialize, network, and even rock out a bit. While checking out gloves at Mountain Hardwear I noticed something a bit Spinal Tap was afoot. Perhaps a prankster? Perhaps Mountain Hardwear is telling us to take going outside a bit less seriously?