"Get Out There!" urges Trailspace Reviewer of the Month 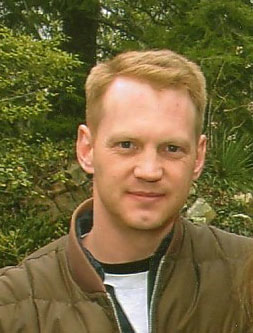 On Lookout Mountain in Chattanooga, Tenn.

Congratulations to DLK37086, Trailspace's newest Reviewer of the Month.

Each month we recognize and get to know a different member of the Trailspace community. This month it's DLK37086, a hiker, backpacker, father, and former Army member in Middle Tennessee, who likes to "just be outdoors." (We hear you, DLK37086.)

Congratulations and thanks to DLK37086 for sharing his 17 gear reviews with us, including ones of his Deuter DreamLite 500 sleeping bag, Jetboil Maintenance Kit, NEMO Cosmo Pillowtop sleeping pad, and REI Crestrail 48 pack.

Saying he already has more than enough stuff and "has been very blessed," DLK37086 graciously declined any outdoor gear prizes.

For his contributions, we're sending him our sincere appreciation for his recent contributions to the community. Thank you!

What’s your name and where do you live?

My name is DLK37086 and I live in Middle Tennessee.

No, I'm not a robot. No, that's not my real name. It's my Trailspace user name. Yes, people actually do live in Middle Tennessee.

First of all, I hate talking about myself. I'm just a normal, average nobody. I grew up in central Wisconsin. When I was 17, I decided to give up computer programming and join the military. That was one of the best decisions of my life. Instead of sitting in front of a computer all day in some cubicle, I got to do things that were way more fun...jump out of airplanes, blow stuff up, and learn how to kill people. And I was outside most of the time. How cool is that?!

While in the Army, I was stationed at Fort Benning, Ga. I served as a rifleman in the 10th Mountain Division, and as a 60 gunner assistant, rifleman, and finally a SAW gunner, in the 3rd Ranger Battalion.

After a tad more than four years in Georgia, I moved to Middle Tennessee, and have been here ever since. Lord willing, I don't intend to leave here. I like it.

I have a 15-year-old daughter that, like most kids, thinks that money is in endless supply and the world revolves around her. When I'm not dealing with her, I stay pretty busy. I work a full-time job from 6 a.m. to 6 p.m. with an hour drive each way. I also do automotive work for people, and go to church, and attend Middle Tennessee School of Preaching and Biblical Studies part-time.

Most of my remaining free time is spent poring over maps, researching gear, reading specs and reviews, planning trips, packing for trips, and cleaning gear after trips. Hmm...now that I have written that and thought about it, I think I will spend less time planning, packing, and cleaning so I can stay out longer. 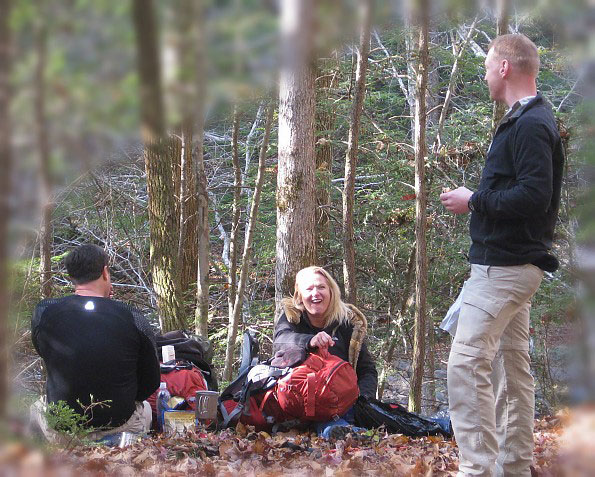 I like to just be outdoors. It's not what I am doing or where I am that matters. It's just being out there. Admittedly, I prefer hiking, camping, and backpacking. I used to fish, hunt, metal detect, and geocache, among other things. After a while, I decided I had too many hobbies, and too much stuff to go along with those hobbies.

I'm not really sure how or when I got started outdoors, but I do remember that when my brother and I were young, if we weren't doing chores mom would kick us out of the house. She wanted us playing outside instead of in the house.

There was a large field behind our house, and not far from that was Springville Pond, which was fed by a creek at one end and dammed at a road at the other. I spent a lot of time in that field, that pond, the creek, and the woods surrounding them all.

It's a shame that our kids today are so attached to electronic toys that many never do any of those things. But it isn't our kids' faults. It's our faults! We're the parents who keep buying them all that stuff because we actually think that it shows them we love them. So sad.

Any place without roads, buildings, vehicles, billboards, power lines, etc., that has trees and dirt and water. And preferably as few people as possible.

Yup, not being out long enough or often enough. 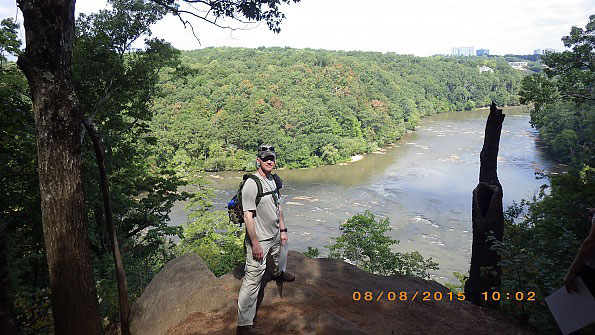 I know that a lot of people think their ideal day outdoors would be on some epic, grand "adventure of a lifetime" in some famous or exotic location. That's not me. I guess it all boils down to why you are getting out there. To me, getting out there is the whole point and is reason enough.

I would rather have a "lifetime of adventures" than a handful of "adventures of a lifetime."
—DLK37086

I would rather have a "lifetime of adventures" than a handful of "adventures of a lifetime."

And that's my quote. Some day it will be famous. Remember you heard it here first!

I was laid up with a back injury and off work for five and a half weeks. I couldn't do much, so I decided to write some reviews. It was fun for a minute, and helped pass the time. I am typically way too busy to be sitting in front of the stupid computer. I'd much rather spend my free time doing than writing about doing.

My Asolo PowerMatic 250 boots. They have been on every outdoor trip since the day after I purchased them in April of 2010, and have never failed me. The two layers of the sole are just starting to separate on one boot, but considering the years and miles, I am not complaining.

Got any interesting gear stories?

Not really. I have been very blessed in that I have had no serious gear issues. Oddly, everything seems to go pretty smoothly when I am out. Of course, now that I have said that...

Believe it or not—nothing! I don't keep my stuff packed between trips. Each trip is unique, and I don't pack until after I have decided where I am going, how long I will be out, group size, weather, and menu. Only then will I decide which pack, tent, sleeping bag, liner, pad, first aid kit, water filter, cooking gear, and clothing to use.

The only exception to this is in the spring and summer months, when the days are longer. Then I keep my daypack stocked and ready to go in my truck, so I can hit the trails at Long Hunter State Park on my way home from work. 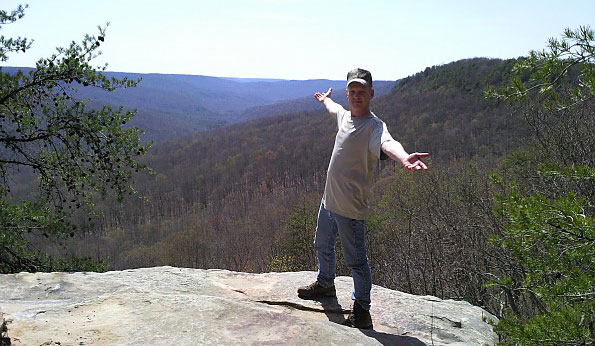 The Bible. Seriously. What else matters?

Wow, that's a tough one. There are so many. Instead of the obvious, like outdoorsy ones, ones from the Bible, or all of the overused ones from famous world leaders, how about this;

"Nothing is impossible, the word itself says 'I'm possible.' For attractive lips, speak words of kindness. For lovely eyes, seek out the good in people. For a slim figure, share your food with the hungry. For poise, walk with the knowledge that you will never walk alone. People, even more than things, have to be restored, renewed, revived, reclaimed, and redeemed. Never throw out anyone."

Who said all that? Audrey Hepburn was often quoted sharing those words from her favorite poem, "Time-Tested Beauty Tips” by Sam Levenson. Amazing woman, she was.

I'm sure they would be surprised to learn many things. We all have our quirks, differences, and idiosyncrasies. But off the top of my head I can think of the following:

Get out there! Put your phone away and just go. I promise that you will not die without your phone, computer, or television. Mankind has been on this Earth for thousands of years without any of that stuff, and not only did they survive, but they actually flourished.

Captions for wide photos above:

Congratulations DLK! As another person who loves to encourage others to get out there I can relate. Hopefully you'll still find time for a review now and then even if you aren't laid up.

I like seeing some pics of Tennessee. I don't know much about the area since I am from your original neck of the woods (MN).

Congrats on winning the reviewer of the month and your encouragement to get out there.

@LoneStranger- Thank you. And, oddly, you took the thoughts right out of my head... "Hopefully I'll still find time for a review now and then even if I'm not laid up".

@Go Time! (Jesse Maloney)- Well, c'mon down to TN and I'll take you out backpacking so you can see it in person! There are some pretty amazing places here! Not that there aren't in MN, also. My dad lives in MN now, but I haven't been there since I was a young teen.

Congratulations!  So nice to learn more about you.  Have enjoyed the notes from you on boots and boot fixing.

Congratulations!  So nice to learn more about you.  Have enjoyed the notes from you on boots and boot fixing.

Thanks, Gary! I, also, have thoroughly enjoyed our conversations, as well as your reviews!