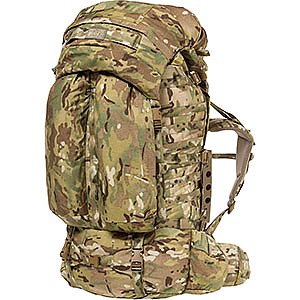 This big hauler is for winter expeditions, bulky gear, and heavy loads. It's built like a Sherman tank and you could probably carry a "Deuce and a half" in it.

If you're into S&M you can hurt yourself with this pack. Seriously, you can load it with more than you can carry. 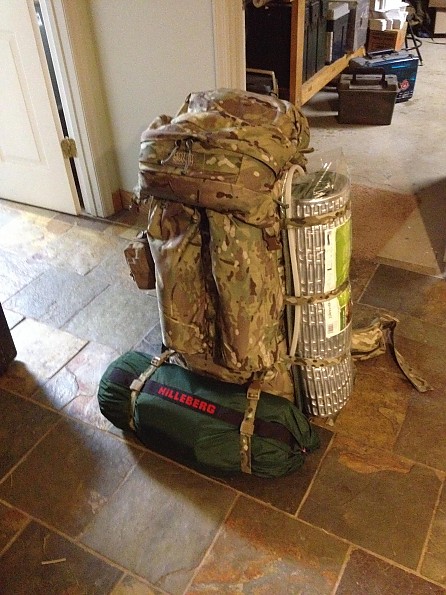 I bought the pack two years ago. My first trip with it was nearly a year ago, the week between Christmas and New Years into the Unicoi Mountains and Joyce Kilmer Wilderness Area.

I knew it would be cold. I packed all my geese. My biggest, baddest sleeping bag, Western Mountaineering -40 Bison, WM Flight Pants, Feathered Friends Icefall parka, FF down booties, Black Rock Hadron down beanie, and a Patagonia down vest.

Then there was the wool. Icebreaker mid weight base layer, top and bottom, Smartwool socks, Filson Mackinaw Field Pants, Woolrich shirt, a wool watch cap, and a Boreal Shirt from Empire Wool and Canvas.

I had an Arc'teryx Alpha SV rain coat, a couple pairs of gloves and mittens, Zamberlan leather boots, an extra pair of silk long johns...well you get the idea.

Having once nearly died from exposure in my younger years, I take cold weather seriously.

Then the Lord said, "Let there be gear."

It's not my intent to give a complete packing list here, but to demonstrate that bulk and weight can start adding up fast!  Add enough food to eat well for a week and all of a sudden the load starts to hurt.

I was at 85 lbs and the seams of the pack didn't even have any stress on them. But for an out of shape old man it was a load.

Coincidentally, I arrived at the Beech Gap trailhead at the same time as Tipi Walter, whom is well known by many people here. We had not planned a trip together, it just happened that we hit the trail at the same time.  He had his Mystery Ranch G7000 loaded to the gills at over 100 lbs. He does this all the time and for him, it's just a walk in the park. He soon left me in the dust. 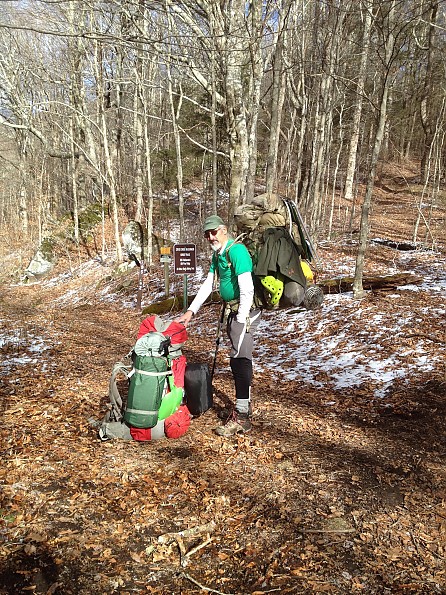 OK, so let's get to the point and talk about the pack.

The hip belt on the NICE frame is awesome! It is up to the task of hauling these monster loads. The frame is adjustable to proper torso length and if you take the time to get it right you can distribute the weight between hips and shoulders. I would not say that the load described above was uncomfortable in any way, it's just that my old body had trouble lugging it up the mountain. That's not the pack's fault!

If the fitness level of the person is up to the job, the pack will get it done.

It's 6500 cubic inches (107 liters) of accessible organization. The side zips allow you to reach any item anywhere in the pack.

There is a series of three cinch straps on each side of the pack.

Then there's the double chamber top lid. Each pocket holds more stuff than any other top lid I've ever had on any other pack.  One pocket faces front, another to the rear...now if you can only remember which is which. The hip belt also has large pockets on both sides.

The cinch buckles used on these packs are of the locking variety. It sometimes takes two hands to release tension. One hand to depress the lock, the other hand to pull on the buckle. There may be times when it's a PIA. But the security of this hardware may also be appreciated. The straps are not going to loosen all by themselves.

For me, the most difficult thing about using the pack is avoiding the urge to add "one more thing."

This pack was designed for a special forces operator to carry loads in excess of 100 lbs, on mission after mission, over multiple deployments, and still be solid and intact upon discharge. A recreational backpacker using it on a couple of week long winter trips per year is not going to put a dent in it over a couple of decades. If your kids are smart they will fight over this piece of gear when you are dead. 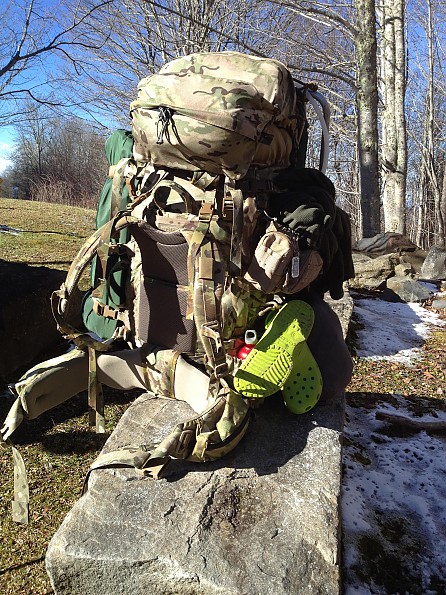 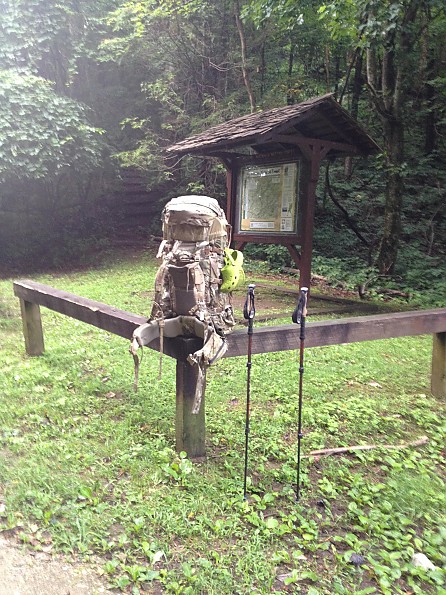 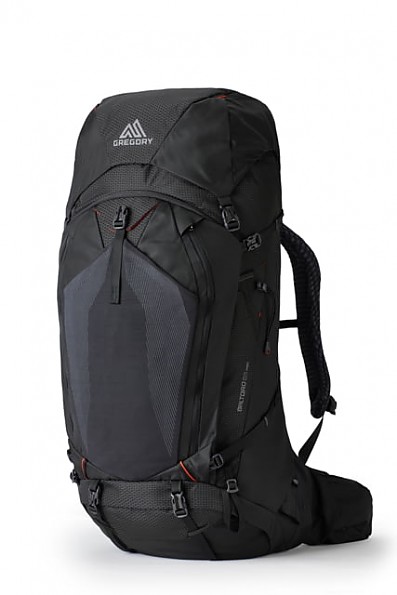