In 1971, Bo Hilleberg, a Swedish outdoorsman and professional forester, founded Hilleberg AB. Frustrated by the tents available at the time, Bo wanted a light, strong, comfortable shelter with a connected inner and outer that could be set up simultaneously.

In 1973, with Bo in charge of design and sales and his wife and co-founder Renate in charge of sewing and production, Hilleberg the Tentmaker introduced the Keb (below), the first commercial tent with a connected inner and outer. 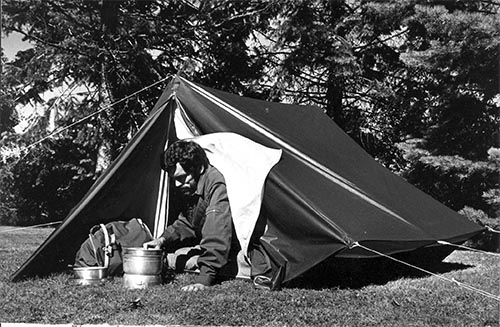 While the company's product line has expanded over the decades, Hilleberg tents are still known for being high quality, dependable, strong, lightweight, easy to use, and adaptable. Products for solo to group use include tents for three-season/snow-free adventures and lightweight and specialized shelters.

To help select the right tent for one's outdoor adventures, Hilleberg categorizes its tents with a color-coded labeling system that represents a tent's performance range based on its materials and construction. 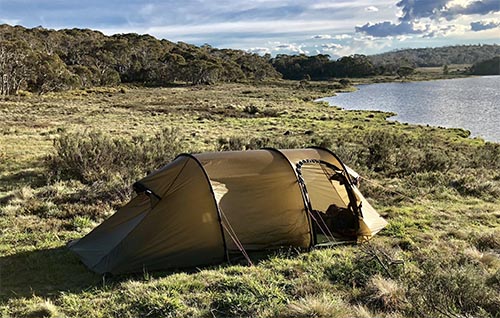 Hilleberg remains a family-owned and -run business. Daughter Petra serves as CEO of the Hilleberg Group and leads company business outside of Europe; Son Rolf serves on the governing board of directors with Bo, Renate, and Petra. The company owns and operates its own ISO-9001-certified, manufacturing facility in Estonia, where all Hilleberg tents are sewn, set up, inspected, and approved before they head off on adventures around the world.

Hilleberg Coverage in the Trailspace Blog

Review Your Gear for a Chance to Win a Hilleberg Tent
Review your gear today for a chance to win an Akto solo tent from Hilleberg ($530 value). We're drawing one lucky member this Friday, September 30. Read more
September 26, 2016

We're Giving a Hilleberg Akto Tent to One of You
Win a Hilleberg Akto tent, and you'll be ready for all four seasons of adventure. Review your outdoor equipment, apparel, or footwear and you're entered to win ($530 value). Read more
September 20, 2016

Win a Hilleberg Akto Tent by Reviewing Your Outdoor Gear
We're giving a Hilleberg to one Trailspace member in September! Review your outdoor gear, apparel, or footwear and you could win a solo, spacious, all-season Akto worth $530. Read more
September 1, 2016

Outdoor Retailer: Tent, Pack, and Bag Lines Expand
While tents keep lightening up, not all manufacturers are giving up space or vying to be lightest of the light. Also, brands debut new tent, sleeping bag, and tent lines from stateside and the U.K. Read more
August 2, 2011

In order to show you the most useful information, we have omitted some products. View the complete Hilleberg product list »