Lowe Alpine, maker of backpacks and outdoor accessories, is pleased to announce that Jeff Lowe, iconic alpinist and industry pioneer, will once again join the brand, this time in a non-executive role as Honorary President. The move marks a strategic step for Lowe Alpine, which seeks to reclaim its role as an industry leader in innovation and quality. 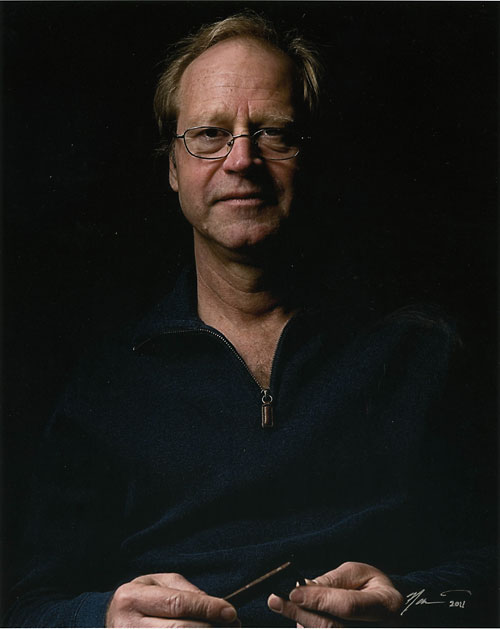 The Lowe Alpine brand was born in 1967 to the imagination of Jeff’s older brother, Greg Lowe. By 1970, the Lowe brothers including Jeff, Greg, and Mike had combined efforts and poured their energy into innovating, producing, and marketing technical climbing apparel and packs. Within a decade, Lowe Alpine had become a premier brand in North America and Europe.

While Lowe Alpine continued to grow into the '80s, unmanageable export duties and manufacturing costs led the brothers to sell the brand to a company based in Kendal, U.K.

As of 1988, the Lowe brothers had ended all affiliation with the brand. In the years following the Lowe brothers’ departure, Lowe Alpine has experienced both global prosperity and difficult times as numerous rotating owners struggled to keep the brand operating at its high potential.

Working to recapture the brand's potential, Equip is investing heavily into pack and apparel design and marketing, and is growing the brand's overall support structure. The Lowe Alpine brand headquarters will return to its long-time home in Kendal, U.K., with a U.S. subsidiary operating in Louisville, Colo.

“Lowe Alpine is starting anew and bringing Jeff Lowe back into the fold is a perfect start to reconnecting the brand to the innovation and inspired ideas that originally drove it,” said David Udberg, Managing Director for Lowe Alpine. "The Lowe brothers are part of the fabric of the outdoor industry. They created this legendary brand and helped shape the whole outdoor industry by putting their hearts and their souls into everything they touched. I have long awaited the opportunity to reconnect Jeff with the brand that bears his name and to recapture the heart of what the Lowe Alpine brand is. We are delighted to have him involved.”

Jeff Lowe’s contributions to the outdoor industry hardly stop at the door of Lowe Alpine. Throughout his career Jeff made notable contributions to upwards of a dozen modern outdoor brands. Never in one place for long, Lowe was also busy building a name for himself as the father of modern ice climbing, mixed climbing, and as a pioneer credited with bringing true alpine style to the great ranges of the world. Over the course of his climbing career Jeff has since been recognized with numerous awards including becoming an honorary lifetime member of both the American and British Alpine Clubs, the highest achievement awarded by both clubs.

While Jeff’s impressive 40-plus-year career of climbing came to an end in 2002 when he was diagnosed with an unknown neurodegenerative disease, Jeff is still excited about contributing to the outdoor industry. When asked about the role that he will be playing with Lowe Alpine, Jeff remarked: “I am especially grateful for the opportunity to take part in breathing fresh air into the lungs of my fallen avatar.  With this dedicated crew I'm confident we'll see the Lowe Alpine brand taking part in adventures big and small for many years to come.” In his new role as a non-executive Honorary President, Jeff will contribute his passion, vision, and a lifetime of experience to the brand that bears his name.

A first matter of business for the newly assembled Lowe Alpine team will be the corporate sponsorship of Jeff’s most recent project, a film called Jeff Lowe’s Metanoia, which documents the extraordinary life and climbs of this visionary icon. The hub of the film is Jeff’s legendary and yet unrepeated solo first ascent of Metanoia on the north face of the Eiger.

Lowe Alpine was born in 1967 from the imaginations of dedicated brothers and alpinists Greg, Jeff and Mike Lowe. Since that time, Lowe Alpine has made a major impact on the way the world thinks about outdoor gear and has become a global brand with a reputation for innovative and high quality products. Since its conception, Lowe Alpine has helped lead climbers and adventurers to all points of the earth comfortably and reliably.

I have owned a Lowe Alpine Contour IV for many years, both my wife and I have used it many times for general hiking & backpacking.

I'm sure this news is most noteworthy for those people who put Lowe gear to real use.

The Contour IV is a great back. My friend's use of an older Contour was one of the reasons I became interested in the brand altogether.

Yes indeed - most noteworthy! I own more Lowe Alpine products than I can count, and am so pleased to see Equip actively and quickly engaged in restoring this brand to its former Glory.

I can say that my experience with both the products and the service, even sans Jeff Lowe, has been fantastic on all fronts. I can be loyal without apology or concession...

Interesting. A very strategic corporate move designed to help resurrect a once proud designer and manufacturer of great American outdoor gear and apparel that has up until recently fallen into the folds of mediocrity. It would be nice to see the name around again but they will never be the young innovative company they once were. It's nice to see that one of the original owners is to be included in it's future. It will be interesting to see if they have a meeting of the minds in how Lowe is run and marketed. I continue to be impressed with the acquisitions of Outdoor Technologies Ltd. and look forward to see what they turn into.

I don't know about mediocrity - their warm zone apparel technology and use of high end polartec fabrics are as good as anything I've seen, with thoughtful features and build quality to match nearly anyone (excluding boutique "gear artists"). The last couple of years they started making items in China, and build quality suffered slightly, but overall they have remained innovative and primarily committed to technical apparel and packs. It will be exciting to see their future developments. I'm with you on that.

A question to all interested !! What was Lowe,s biggest selling rucksack ? Michael

Yeah Great looking packs. Haven't had the pleasure of using that model, but I've been happy with my other two.