We talk with Cailin O'Brien-Feeney, Policy Director for the Winter Wildlands Alliance, about what it means to advocate for the winter backcountry and the human-powered snowsports enthusiast.

Congratulations, Ben! You've won an Aether 70 backpack, thanks to Osprey ($290 value), for sharing your ENO tarp review. Have fun exploring Tennessee with your new backpack.

Happy 13th Birthday, Trailspace! A huge thanks goes out to everyone who has been a part of Trailspace since we launched back on March 14, 2001.

Congratulations, David Drake, Trailspace's newest Reviewer of the Month. An avid Arizona backpacker and multisport enthusiast, David wins a pair of Hillsound crampons, plus goodies from A3, Clif, Innate, Kind, NiteIze, and Trailspace.

Improvements to navigation and the mobile site, charitable contributions to our nonprofit partners, a trip to Outdoor Retailer: Here's what Trailspace has been up to.

Congratulations, G00SE (aka Jeffery Gosnell), Trailspace's newest Reviewer of the Month! An Illinois caver, backpacker, and hammock hanger, G00SE wins a prize pack for having the highest rated gear reviews in January.

In January, Trailspace was on the scene at Outdoor Retailer, where the latest gear, apparel, and footwear for winter 2014-15 was announced. Here's our coverage recap.

Black Diamond has entered the avalanche airbag market with a new technology that uses one of the oldest methods of moving air—a fan. Plus, backcountry leaders on safety gear and responsibility.

Congratulations, Herdingcats! For sharing a review of your Columbia Hells Peak LTR Outdry boots, you've won a waterproof GoBe+ flashlight, thanks to Light and Motion ($299 value).

BioLite, which makes camp stoves that charge electronics, has two new power products: a BaseCamp stove for groups and a Packable Generator that works with any stove.

Arc'teryx designs hybrid shell jackets and pants for backcountry skiers and climbers. Vapur brings the After Hours beverages. Join us for Day 4 of Outdoor Retailer.

A jacket made from one sheet of North Face waterproof-breathable fabric, a Princeton Tec headlamp that switches modes with a dial, and new Outdoor Research gloves that include electric heat. Join us for Day 3 of Outdoor Retailer.

Cooking without fire, the lightest snow sport helmet, an AT boot that automatically switches from walk to ski mode, a new packraft, plus insulation and footwear. Check out some highlights from Day 1 of Outdoor Retailer.

Outdoor Retailer's Demo Day was packed with winter gear, including a hybrid touring snowshoe/ski, a ski for your fat bike, and new shovels from MSR.

Congratulation to Trailspace's top reviewers of 2013! Meet the individuals most recognized by fellow community members for their helpful, informative gear reviews.

We talk with Staci Williams, Waccamaw River Blue Trail Coordinator for American Rivers, and learn what a Blue Trail is and why clean, healthy rivers are important not only for recreation, but for communities.

Congratulations to Megan (aka MrsMustard), Trailspace's newest Reviewer of the Month! A Florida paddler and backpacker whose gear reviews were the highest rated in December, Megan wins a Rand McNally Foris 850 GPS receiver, plus a goodie pack.

Congratulations, JD Tanner! For sharing a review of your The North Face Casimir backpack, you've won a package of outdoor and travel gear worth $300, thanks to Innate.

Congratulations, John261! For sharing a review of your Yellowstone Fast Boil Backpacker Pot, you've won a package of winter survival and first aid gear, thanks to Adventure Medical Kits ($300 value).

Congratulations to XterroBrando, Trailspace's newest Reviewer of the Month! A California multi-sport enthusiast whose gear reviews were the highest rated in November, XterroBrando wins a pair of custom Keen H2 sandals, plus a gear goodie pack.

Research axes, saws, and shovels in an expanded Knives and Tools category. Flag problematic posts. Find the best gear and save money, and more. Here's a roundup from the past month of site developments, updates, and new features.

Give a Gift Membership and Support Outdoor Nonprofits

It's Giving Tuesday. This year, how about protecting a favorite or threatened trail, climbing area, river, or wildland? A gift membership to an outdoor nonprofit has an impact that lasts far beyond the holiday season. 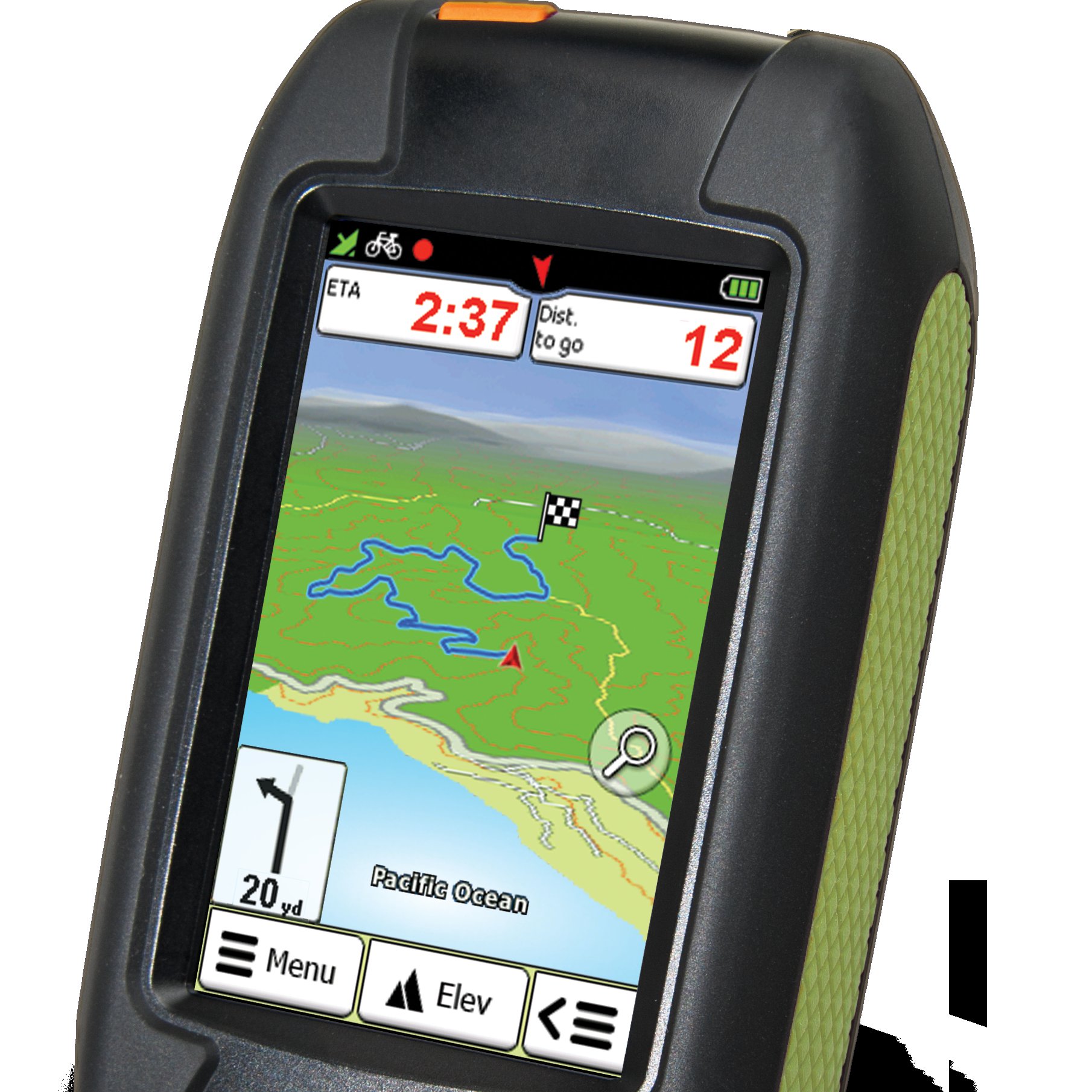 Thanks to Rand McNally, we recently gave away a Foris 850 GPS receiver ($199 value) to one lucky gear reviewer and member. 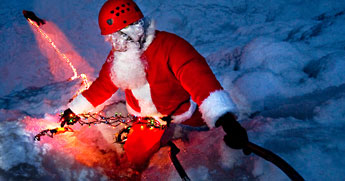 4 Ways to Give Great Gear

The holidays are an ideal opportunity to share the gift of outdoor recreation with friends and loved ones. Here's how to efficiently navigate holiday gear purchases, so you can spend less time shopping and more time outside.

We know him as Seth Levy, Trailspace Community Evangelist and Review Corps Coordinator. But, there's much more. Today we turn the Q&A on Seth.

Congratulations, Alexandra! For sharing a review of your Osprey Exos 46 pack, you've won a Vescent soft shell jacket, thanks to Stio ($229 value). 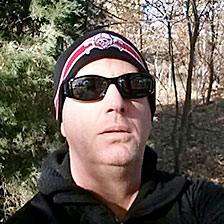 Congratulations to Earth Pig, Trailspace's newest Reviewer of the Month! A Nebraska backpacker whose gear reviews were the highest rated in October, Earth Pig wins a Gerber MP1 multi-tool, plus a gear goodie pack.

Congratulations, jboothmtnbkr! For sharing a review of your Mountainsmith Circuit 3.0, you've shoes to run and shoes to chill, thanks to Patagonia ($195 value).

We've added an Electronics category for your camera and outdoor app reviews, added thousands of new fall and winter products, and provided more gear and review sorting options. Here's a roundup of developments from the past month at Trailspace.

How We Fight Fraud

We value honesty at Trailspace. But, while people increasingly turn to online consumer reviews, by next year one in 10 Internet reviews could be a fake. Here's what we do to prevent fraud on Trailspace.

Congratulations, Rob! For sharing a review of your Danner Mountain Light II boots, you've won loads of gear to light and ignite, thanks to Industrial Revolution ($250 value).

Protecting the Most Famous Trail: Q&A with Ron Tipton

We talk with Ron Tipton, executive director of the Appalachian Trail Conservancy, and learn what it's like to protect and maintain "the world’s most famous long-distance hiking trail."

We've added a new About Trailspace page and Review Tips forum, tweaked the login, sped up page loading, listened to community feedback, and more. Here's a roundup of developments from the past month.

Congratulations, Peter, Trailspace's newest Reviewer of the Month! An avid hiker whose gear reviews were among the highest rated in September, Peter wins a pair of Hillsound Super Armadillo Nano Gaiters, plus a gear goodie pack. 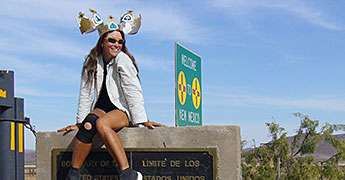 Congratulations, Joseph, Trailspace's newest Reviewer of the Month! An avid paddler whose gear reviews were among the highest rated in August, Joseph wins a goodie pack from Kind, Klymit, and Trailspace.

Kerry McClay has a passion for outdoor experiences, and as director of Winter Wildlands Alliance's SnowSchool he gets kids outdoors and on snowshoes to learn about winter ecology and snow-science.

Congratulations to Eric, July Reviewer of the Month! Thanks to the Trailspace community, Eric's gone from car camper to solo backpacker in three months and given back by publishing 18 reviews in July alone. He wins a goodie pack of gear from A3, Ibex, Innate, ProBar, and Trailspace.