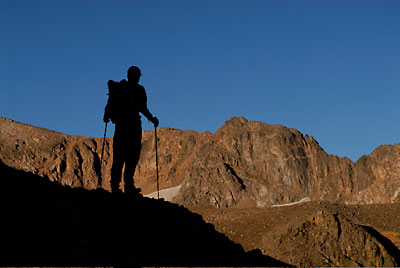 Andy Skurka has done it! Skurka is the first person to complete the 6,875-mile Great Western Loop, an ambitious journey that links the West’s long-distance hiking trails and traverses 12 National Parks. Skurka covered nearly 75 wilderness areas with the task of surveying the toll global warming has taken on our nation’s most beautiful and remote landscapes.

The journey completion is an exciting accomplishment, but the discoveries made by Skurka are frightening. Skurka’s trek is evidence that global warming is not a theoretical debate of what could be, but rather a reality of what already is. In fact, Skurka was faced with the daunting reality that the journey he has taken in 2007 will be extraordinarily different then the very same journey in 2010. With little more than the clothes on his back, Skurka hiked through sleet, snow and hail and made several disheartening observations while on the trail.

“The reality is that change has already taken place that has potentially catastrophic consequences. There was a drastic difference in the size of the glaciers on my map and the size of glaciers right in front of me. The snowmelt is shocking,” said Skurka. “With record high heats and record low precipitation along the trail, I felt a foreshadowing of what is to come in our climate.”

Skurka is a "GoLite on the Planet" ambassador. With the observations made on the Great Western Loop trek, GoLite will take steps to ensure that their product and their initiatives are making a difference. Plans are being made to expand GoLite’s environmental initiatives and create a division devoted to environmentally focused programs.

“Because so few of us get chance to visit remote areas, the damage that global warming is causing on the America’s crown jewels is ‘out-of-sight, out-of-mind’,” said GoLite Chief Executive Officer Kim Coupounas, whose company is supporting Skurka’s endeavor.  “We are thrilled to be a part of this incredible journey. With our efforts in environmental conservation, not only through our product but program initiatives likes GoLite on The Planet there is no cause more dear to us. Andy has served as a great ambassador for the brand, but more importantly, for the cause.” 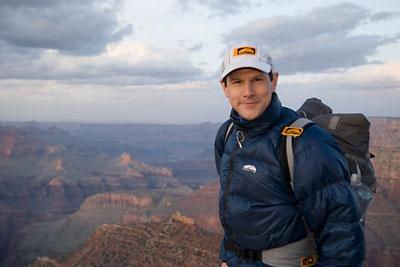