Can you pass these survival quizzes?

A recent Outside Online survival quiz (which I failed miserably) inspired me to surf the Web for similar tests of outdoor intelligence. Note these are highly addictive, but you'll have an excuse when the boss busts you: it's the surest way to make sure you show up for work every Monday. What's out there: 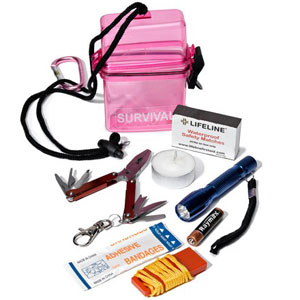 Lost At Sea -- You're on a sinking yacht and you must choose the six items most likely to keep you alive from a list of 15. Best way to play: keep tweaking your collection for highest score (freebie: ignore the sextant).

Sgt. Safari's Survival Quiz: 21 questions that cover most of the basics; you can find out where you erred at the end but it doesn't review all the ones you got right, so you don't learn from your guesses. (Freebie: Red touches yellow, you're a dead fellow).

Could You Survive? This is the easiest of four Discovery Channel survival quizzes I found. Three "Life or Death Games" are a bit more challenging, but also more annoying: every time you miss a question, you die and have to restart the game from scratch. The scenarios: Jungle | Lost at Sea | Snow Survival (Freebie: what works for the bear does not work for the wild dog).

Survival-Quiz.com -- So you're fine for a night in the woods; how would you fare after a nuclear attack? This site has the widest range of survival quizzes; the basic quiz is pretty easy.

Wilderness-Survival-Skills.com -- By now you can probably ace the Basic Wilderness Survival Quiz; the Advanced Quiz, however, left me with a digital dunce cap. (Freebie: it's better to cook bugs before you eat them).

Unluckiest Hunter in the World: Field & Stream magazine created this scenario imagining a hunter lost in a whiteout, among other troubles. It's among the hardest -- and most instructive -- of the bunch. (Freebie: Birch bark shavings make the best tinder). The Cold Weather Challenge is much easier.

Rule of 3's - This basic test has the most extensive "Rule of 3's" coverage. Easy if you know them; harder if you don't. (Freebie: A Bic lighter trumps dry matches).

Got all that? Good, now you're ready to bone up on surviving a zombie infestation.

Great quiz's and some funny answers. But all in all they could save your life and lets you find out some things you thought were good are'nt!

I feel like any one of these quizzes is just entertainment, but if you take the whole bunch at once you start seeing the same points over and over and they sink in a lot better that way. Plus it's good for your ego to know the right answers.

I think Tom's blog may have done more to decrease worker productivity this Monday, than the allure of Cyber Monday online holiday shopping.

Now I'm off to take the quizzes and either validate my wealth of knowledge or curse the people who made these up in the first place (kidding).

Too many others to do right now.