Among other outdoor organizations I belong to is the Audubon Society. Their excellent magazine, Audubon, has an article in the March-April 2010 issue about the extensive use of phony wildlife photos. I had been vaguely aware that many wildlife photos, movies, and TV programs were staged, including some very famous movies, but I had not been aware of how pervasive it is. 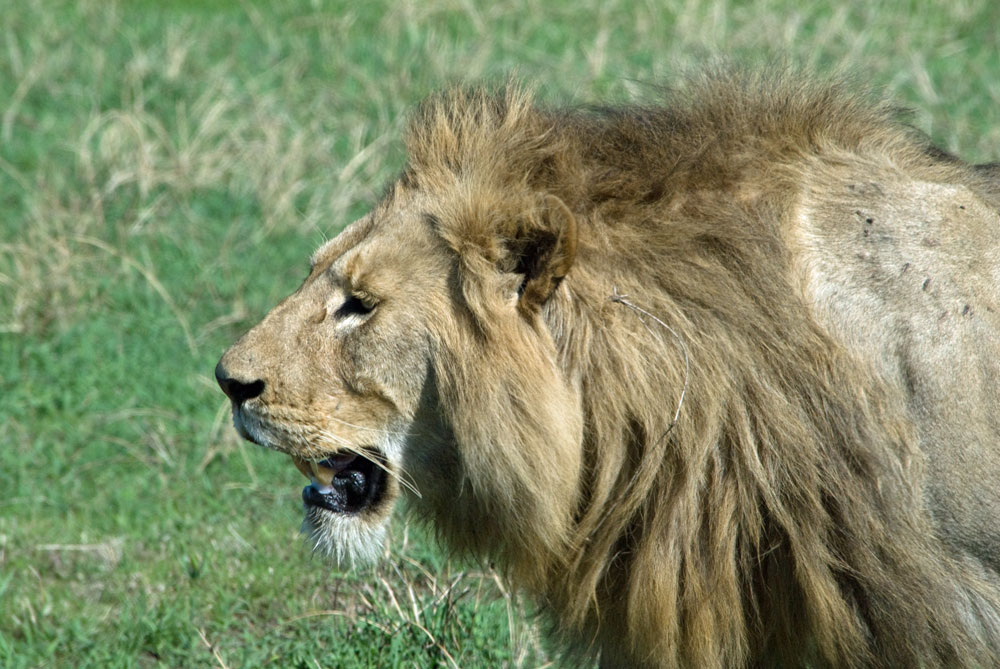 The author, Ted Williams, starts off describing his visit to a game farm in northwestern Montana that runs programs for photographers who want to get closeup photographs of wolves, mountain lions, and other wildlife, but do not have the patience or want to spend the time suffering in the cold and wet to get the real wild animals.

Even major nature-oriented magazines and movie studios have and still use such animal "models," while not labeling them as such. Sometimes the magazine is unaware until afterward that the photo is of a "captive animal." Audubon itself included a photo in its November-December 2009 issue of a cougar from the Animals of Montana game farm, though their policy is to never knowingly use such photos (they use a photo of an Arctic fox to illustrate giveaway clues to such photos — tail with a just-shampooed look, dense fur on the back of the neck among other clues).

The practice isn't new. "Wild Kingdom" (original series 1968-1988) and "Dangerous Encounters" (2005-present) are two TV programs that have been accused of regularly using staged scenes, with "Wild Kingdom" allegedly going so far as to throw a mountain lion in a river to film it going over a waterfall.

In the more distant past, a number of Disney wildlife films used staged scenes, though Roy Disney, current head of the company, has pushed major efforts to eliminate such practices. A friend of mine was a cinematographer for Disney and told me about 40 years ago of some of the things they then did to entice wild animals to do things that would look good in the films, like putting out bait to attract the animals.

Nowadays, you can find ads for some of the game farms in Outdoor Photographer magazine, while the North American Nature Photography Association distributes ads to its members for the game farms and arranged photo shoots.

Efforts are being made by a number of the nature publications, including National Geographic, National Wildlife, and others to make sure they are not publishing "captive animal" photographs as natural images, and if any such photos are used, labeling them clearly as such.

I guess I feel a lot better about those photos of lions I posted here on Trailspace with scars and grass in their manes. Those were real live wild lions, giraffes, elephants, and birds, not posed, neatly coiffed models. They may not be as pretty and "picture perfect," and they may not be airbrushed and thoroughly Photoshopped. But I have the satisfaction of having caught them really in the wild.

Editor's Note: Starting March 15, Trailspace members will have the chance to show off their unstaged pictures of wildlife, landscape, and outdoorsy people in the first annual Trailspace photo contest. No baiting (of people or animals) allowed.

Thrown into a river and over a waterfall? That's horriffic. Are there not repercussions for such treatment of captive animals?

The Audubon article says that some of the shows like Wild Kingdom have gotten fines of several hundred thousand dollars. Some of the game farms have been shut down as well for reasons ranging from mistreatment to apparently selling animals to private individuals to "hunt" and kill them to get a "perfect" trophy to hang on the wall. One of the more horrific stories in the article was an incident staged for a Disney movie many years ago to show that lemmings will commit suicide by streaming over a cliff - the captured lemmings (schoolchildren were paid to catch them) were apparently forcibly tossed over the cliff. Note that Disney has not allowed such practices for films and video that they produce or buy from independents for a number of years now.

By the way, if you click on the photo in my article, you will note the grass in the lion's mane and numerous scars from fights with other lions - he isn't a "pretty boy".

I don't know the prevalence of the practice now, but several years ago, when I still fantasized at times that I might take up wildlife photography as a money-making hobby (as opposed to a pure financial drain), I became greatly dispirited at finding that an overwhelming majority of the "wild"-life photos one saw were instead of captive animals such as you describe. The editorial mandate for certain aesthetic values made it very difficult to compete by using only images of truly wild critters. Not that it can't be done, and it may be less difficult now, but that's the way it is/was. I never had sufficient talent anyway, but such practices made it even harder, since I was always after images of the truly wild and free creature.

I'm very glad to hear that many outlets are seeking to use more authentic photos--that is, photos of authentically wild wildlife.

What kind of yuppie creapball would want a "perfect" trophy...that's just sick.

What Disney films are we talking about here?

Bill, do you have dates or other data on the mountain lion reference? I couldn't find a reference for it.

I think this is what Gandhi meant when he said western civilization would be a good idea.

Bill, do you have dates or other data on the mountain lion reference? I couldn't find a reference for it.

A lot of the incidents referred to in the article were from more than 30 years ago. But the point of the article was that it is still going on, with a fairly large number of the game farms. I do not have specific dates beyond those given in the Audubon article. I think that the game farm involved in the mountain lion incident is named in the article. There are a number of specific dates and locations listed there, including names of movies still being distributed on DVD and shown on cable networks.

As it has been noted, the lemming incidents are not complete fabrications. In my field, there is both conjecture and medical evidence that large cyclical lemming dye-offs may be, attributed not only to over population. Massive Tularemia outbreaks are cited as a possible cause for behavior which we, the human, species perceive as suicide.

(I'm not defending Disney either, by the way!)