Facts: The Window to a Closed Mind?

Most of us like to believe we're well reasoned, thoughtful individuals. That the strong, life-affirming opinions we've formed — whether they're about politics, faith, the right way to poop in the woods, or the evils of large conglomerate outdoor brands — are the result not only of our values and experiences, but largely influenced by our intelligent and open minds, minds wide open to information and facts. 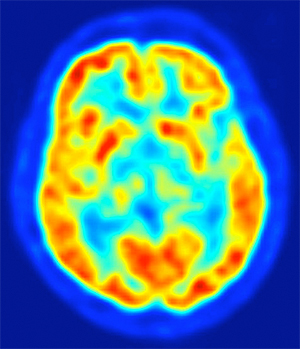 According to "How facts backfire," an article in the July 11th Boston Globe, researchers have found a disturbing tendency: "Facts don’t necessarily have the power to change our minds. In fact, quite the opposite."

It seems most of us hold certain sets of strong "facts" based on the beliefs lodged in our minds. It might be the right way to filter water (or why to skip it altogether), the likelihood of and proper response during a genuine bear attack, or whether eVent or Gore-tex is more breathable and therefore "better."

At times, the "facts" we hold onto are provably false (believe it or not, no one's right about everything). But, here's the really scary part: Even in the presence of correct, provable facts, individuals with deeply entrenched beliefs often just entrench themselves deeper when confronted with correct information. Basically, we can't admit we're wrong about certain beliefs. It's too threatening. So, we just dig in.

What does all of this have to do with the backcountry? Well, look around. We're all online, sorting through a glut of information, reading thousands of backcountry gear reviews before making decisions that affect our safety and survival, and discussing backcountry practices (often intertwined with beliefs and opinions) in community forums.

When we're uninformed or curious about a subject, it's helpful to have a community of fellow, informed enthusiasts to share information and help fill in gaps of knowledge. But, it's the topics we're oh-so-certain about and feel so strongly about that can cause problems. Then we're more likely to discount the facts that oppose our preconceived notions (That filter is bombproof and never breaks; clearly that idiot used it wrong!) and give greater credence to the facts that support our way of thinking and beliefs (That's right, everyone should travel with a cell phone and emergency beacon at all times).

If you look hard and long enough online, you'll find someone to support your beliefs.

Think none of this applies to you? Well, according to research cited in The Boston Globe article, the misinformed often have some of the strongest opinions, while "sophisticated thinkers" are even less open to new information than less sophisticated types. If you don't fall into the first group on some point, perhaps you fall into the second on another.

So, what's the takeaway here? Well, the next time a hot topic arises about which you feel certain and confident in your beliefs, try to take a step back and listen first. Keeping an open mind is easier than reopening a closed one.

If that doesn't work, go outside for a hike, trail run, paddle, or climb. I feel pretty confident those are good ways to clear one's mind. But you can decide for yourself.

Read "How facts backfire" in The Boston Globe.

It proves the famous quotes:
"A great many people think they are thinking when they are merely rearranging prejudices." ~ William James

And:
He uses statistics as a drunken man uses lamp posts - for support rather than illumination. Andrew Lang

If we all relied on "fact" only then there would be no "faith". I do not want to live in that world.

Never let reality get in the way of facts!
Ed

Never let reality get in the way of facts!
Ed

But defining reality is a huge issue. It is different for everyone. As well as "facts".

..But defining reality is a huge issue. It is different for everyone. As well as "facts".

Reality is what I say it is, and that is a fact. Everyone else is entitled to hold an opinion, however, though some will dispute this.
Ed

..But defining reality is a huge issue. It is different for everyone. As well as "facts".

Reality is what I say it is, and that is a fact. Everyone else is entitled to hold an opinion, however, though some will dispute this.
Ed

Is our current president great and are his policies a good thing?

Now there is a huge dose of reality?

..Is our current president and are his policies a good thing?..

Oh this is surely a topic doomed to flame!

I am not sure if the Dem's policies plunging us further into debt is more dreadful that the Republican's lack of policy, other than making sure the rich keep rich. And the emergent Tea Party is the political equivalent of the kitchen junk drawer full of disparate frustrations, intermixed with some questionable agendas. Forget about the parties and politicians, they merely are reflections of the society they represent. I think we are our own worst enemy, since we are incapable of collectively grasping the intricacies of our current dilemmas, are suckers for a sound bite, and combined with general apathy, are incapable of conducting ourselves as a cognizant, functional democracy. After all, we elected all these bums.

That is all you all get out of me on this forum. I am reticent to responding to such a provocative subject matter outside of a politically oriented web forum. But I was curious about the concept, labeling Obama as a thing.

But what is real there Ed?

Please define that for me.

Define the political reality with no opinion attached.

Your opinion would just be your own reality, but would it be real?

It always amazes me how professional thinkers go to so much effort to prove things everybody already knew (they were of course hoping make a name for themselves by proving the conventional wrong, but peer review obliges them to say what they actually learned).

Few have improved on that passage from the Simon and Garfunkel song, "a man hears what he wants to hear and disregards the rest."

But what is real there Ed?

Please define that for me.

Define the political reality with no opinion attached.

Your opinion would just be your own reality, but would it be real?

As I said earlier, real is what I say, everyone elses' take is just opinion! And that's a fact!

we...are incapable of conducting ourselves as a cognizant, functional democracy.

I do not disagree that our society is dysfunctional, but we are not a democracy. We are a Republic that is democratically elected. There is a huge difference, but a vast majority seems to willfully ignore it.

Ditch the politics! This is about philosophy!

This article really pokes a great stick at any system... politics, organized religion, economics, academic structures... which relies upon set theories and presuppositions to function. For individuals to trust the system and remain functional within it, they have to accept, whether with some investigation or none, the presuppositions of the system. And, soon enough, they take those as their own.

Then, as this article rightly points out, once those presuppositions have begun to form that individual's word view (a belief by definition), changing or altering the system, for good or for ill, becomes not a fight of pragmatic or progressive issues, but one governed by fear... fear that altering the presuppositions of the system removes any "truth" or "meaning" that the system had in the first place.

I could go on for days about this... anybody want to go for a hike and discuss?

While I agree with the article to some extent, I think it is also dangerous to be indecisive, unresolved, and to have your head turned by anyone who speaks well, or quotes a litany of facts & figures. You have to educate yourself and listen to both (or all) sides of an issue, indoctrination is not an education.

I think we should all go camping and argu...I mean, debate these matters around a campfire.

We may need a moderator though!

Somewhere around 1850 Colt changed from a hammer with a pin projection that actually struck the primer of a bullet, to one where the hammer starts a piece of inertially driven metal (the sear) moving quickly towards the primer and then it rebounds freely after firing a bullet. Ever since then it hasn't hurt guns to pull the trigger of an empty gun . Yet this piece of lore is held as gospel by millions of people.

Everyone "knows" that you need a compass, but the lore does not extend to "and know how to navigate". Perhaps the most interesting is that humans can hold many conflicting ideas about the same thing at the same time.

I love to sit around the campfire and listen, and relate, but I make up my own mind. My wife calls this egotistical. Oh well.

I think we should all go camping and argu...I mean, debate these matters around a campfire.

We may need a moderator though!

You are hereby nominated for that position!

I wonder if the same discussions in-person would be more or less prone to disagreements than the online variety or just different all around. Maybe the latter.

I wonder if the same discussions in-person would be more or less prone to disagreements than the online variety or just different all around. Maybe the latter.

A Trailspace rendezvous would be epic... both in conversation and experience. It would be very difficult to miss.

..we are not a democracy. We are a Republic that is democratically elected. There is a huge difference, but a vast majority seems to willfully ignore it...

I stand corrected, what a silly simplification on my part. Nevertheless, it is illogical to think our government should be any more effective at problem solving and management, than its constituency, which happens to serve as the talent pool to fill those government positions.

Ditch the politics! This is about philosophy!...

Interestingly enough this topic also touches on biology. Scientists are discovering our personality dispositions can be influenced by organic precursors. For examples some are predisposed to be politically conservative or more liberal, to gamble or not, to be religious or not, and other basic personality traits. This topic, our disposition to make objective conclusions or be biased in some manner, is also at the heart of this research. Granted education and environmental influences play a significant part in how we come down on any given topic, but but research has indicated we have yet to be determined organic influences regarding our open or close mindedness to the world about us.

..I love to sit around the campfire and listen, and relate, but I make up my own mind. My wife calls this egotistical. Oh well.

Well how dare you have an opinion of your own!

A Trailspace rendezvous would be epic... both in conversation and experience. It would be very difficult to miss.

As long as the gun folks leave their pieces back home - at least for my own safety!
Ed

Noddle do you mean a minie?

Reality vs Facts is too rigid.

Experience vs Facts is more interesting to me.

The fact that the sky is blue, vs my experience of a spectacular sunset,

And how the heck does that happen?

I enjoyed the article, it made me think, a bit, I think.

Philosophy 101 it took me back to.