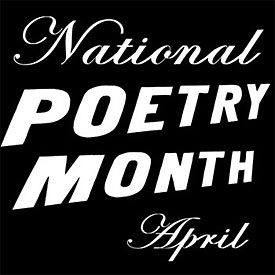 Attention, all poet procrastinators: Tomorrow — Wednesday, April 25 — is the last day to enter your backcountry gear haiku in our contest.

And, if you haven't already, start voting now for your favorites to determine the top ten community finalists.

We're giving away $500 to Backcountry.com, but you're only in the running if you enter your haiku by April 25. Your outdoor gear haiku may be transcendent, poignant, and sidesplitting, but if you enter it after Wednesday, forget it.

Also, it needs to be about or reference outdoor gear and in haiku format (5-7-5 syllables).

Whether or not you've entered a haiku (or ten) in the contest, help determine the top ten haiku we send on to our panel of outdoor judges. Now through Friday, April 27, at noon (EST) look through the haiku entries (more than 360!) and give a thumbs-up to your favorites.

Whose gear haiku should be in the running for $300, $150, or $50 to Backcountry.com, plus Trailspace swag? You, our community members, decide which backcountry gear haiku move on to the final judging round. Vote now!

I'm off to vote on my own haiku favorites from the community now...

I just looked through all the haiku entries (300+) from oldest to newest for my personal voting. There are some really good pieces in there.

I recommend that everyone who's able look through the entries in the next few days and give their favorites thumbs-ups. Your community voting will help determine who goes on to the finals.

This is it, last day.

There are some amazing haiku in there.  Some have made me laugh out loud and many are deeply reflective. It means a lot that people have shared these, and I think there is a lot of value in having them there to read when I need a quick laugh, or a bit of inspiration.

seems to have attracted a fresh crop of people to the site too.  ++

when do we find out who the judges will be judging?

Thanks to everyone who participated.