Got Gear? Write a Review

Did you get the gift of outdoor gear? Do you search the gear reviews before buying new equipment? Submit your own gear review and help your fellow backcountry enthusiasts select great gear.

You be the judge: Rate gear reviews

We sometimes caution community members not to be judgmental in the forums. It's far too easy to rush to a verdict about others online from the distance...

Call it the Trailspace 20,000 Reviews Contest, a grab bag of gear, fall office cleaning, or just an awesome giveaway.

Back in 2001, a little outdoor community called Trailspace hit the world wide web with a small collection of backcountry gear reviews. As we approach 20,000 reviews, we think that milestone is worth celebrating. So, we're giving away gear in the Trailspace 20,000 Reviews Contest.

If you've already got the free stickers, you can now show off your love for the Trailspace backcountry community on the trail and around town with a new...

Earlier today we launched a new feature to help keep Trailspace members up-to-date with threads of personal interest in the Trailspace forums.

For a long time, the Trailspace product database has contained information about men's, women's, and kids' versions of many of the thousands of outdoor...

New feature: Was it helpful?

A couple of weeks ago we quietly added a simple question for members at the bottom of every gear review (and forum post) on Trailspace: "was this helpful?"...

It may be 90 degrees and up in parts of the Northern Hemisphere, but some of us think about skiing or riding all year long.

Get your own Trailspace stickers

Ever wanted a Trailspace water bottle, ice axe, bear canister, or car box? Well, now you can personalize your outdoor gear thanks to the wonders of Trailspace stickers.

Many Trailspace community members are amphibious. To meet their gear needs, Trailspace has added paddling gear reviews and info, and a paddling forum for members to discuss paddling gear, techniques, and tips.

Nine years ago, Trailspace.com started out as a backcountry community and independent gear guide. Today we turn nine years old and have grown to a community...

A couple weeks ago we announced the ability for Trailspace members to add images to their gear reviews.

New Feature: Include Photos in Your Gear Reviews

Today we launched a cool new feature for all you Trailspace review writers: the review form now features a visual editor interface (just like the Trailspace...

Today I added about a dozen brands of outdoor socks to our Gear Guide. We've got all the major players -- Wigwam, Smartwool, Thorlo, Fox River, Darn Tough...

It's that time of year, a time for resolutions, retributions, and renewal. But first, here's a quick and not-too-nostalgic look back at 2009.

If you're a backcountry beginner, trail novice, or just branching out to try a new outdoor activity (snowshoeing or winter hiking, for example), there's... 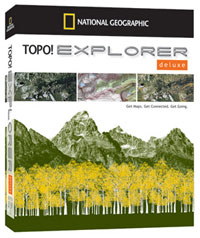 OK, so there was a gaping hole in our Gear Guide: No actual guides; not even a single map. Well, those days are over, folks: we've just added more than...

Need to resole your backpacking boots or rock shoes, fix a broken tent zipper, modify a backpack, sharpen some ice screws? Once you have the right outdoor...

Hello, Trailspace blog readers. We’ve been even busier than usual at Trailspace lately. In addition to hiring Tom Mangan as our new assistant editor,...

This blog is not for sale

The Federal Trade Commission is taking on bloggers who’ve been paid for their posts or wooed with freebies from companies that they cover.

I'm very excited to report that we’ve hired Tom Mangan as assistant editor of Trailspace. You may recognize Tom’s name from a series of cottage gear...

I'm excited to announce the release of some major new features here on Trailspace: The most obvious and widespread change is that every page on the side...

Giving Back: 1% for the Planet Donations

It’s Tax Day. As members of 1% For the Planet since 2006, we donate at least one percent of annual sales to environmental organizations.

Trailspace turns 8 years old today. Happy Birthday! If we were celebrating a traditional anniversary, the eighth would call for a gift of bronze.

If you're a Facebookaholic (or, like me, just someone who inadvertently got sucked into the insidious social network by friends) you can now become a...

Tonight we launched a bunch of improvements to the site's search engine. The search box in the sitewide page header is the same (we didn't want to clutter...

The core of Trailspace is our community of users who gather here to review, discuss, and debate outdoor gear.

Giving Back: 1% For the Planet Donations

As members of 1% For the Planet, we donate at least one percent of annual sales to environmental organizations.

Starry (and not so) Starry Reviews

We know that sometimes a pair of trail hikers isn’t a 3 star shoe or a 4 star shoe. It’s really more like a 3.5 star shoe.

I'm pleased to announce the launch of a long-overdue, and much-requested feature here on Trailspace: the ability to edit your forum posts and gear reviews.

Just a quick note to let everyone know that we've launched a whole slew of climbing gear categories, including protection, biners and draws, ice gear,...

At long last, Trailspace hats are available for purchase! If you enjoy the site, show your support by hitting the trail with a Trailspace lid on your head.

If you’re a climber concerned with keeping climbing areas open and conserving the climbing environment (and why wouldn’t you be) you should know about the Access Fund.

Hey, Chris Ryan, one of the winners of our tagline contest with "Gear Up and Get Out." I have Trailspace hats with your tagline for you, but your e-mail...

It’s an Honor Just to be Nominated

Today I found out that Trailspace was nominated to win a Best of the Web Award from Maine’s Software and Information Technology Industry Association.

Fire Up the Yaks

Yesterday we got this e-mail autoreply from a Trailspace newsletter subscriber: I am currently in a remote region of Nepal walking through the valleys...

Just a quick note to let you know about a new feature in the Trailspace forums: we've added a "quick reply" form the the bottom of each thread, so that...

Spring is a season of renewal in the outdoors, and it is here at Trailspace too. This afternoon we launched a partial redesign of the the site, featuring...

A few weeks ago Trailspace’s 10,000th review, a review of Garmont’s Passo hiking boots, was posted by Johnno.

I've been tinkering under the hood of the blog and added some long-overdue functionality. Most notably, there are now archives browseable by subject and...

Trailspace’s First 1% For The Planet

Last August when we joined 1% For The Planet we promised to update you on what organizations Trailspace supported. We just finished our 2006 1% For The Planet donations and I’m excited to report where our contributions went.

Trailspace: Gear Up and Get Out

In case you haven’t heard, Trailspace now has its tagline—Gear Up and Get Out—thanks to Jeffrey Perez and Christopher Ryan.